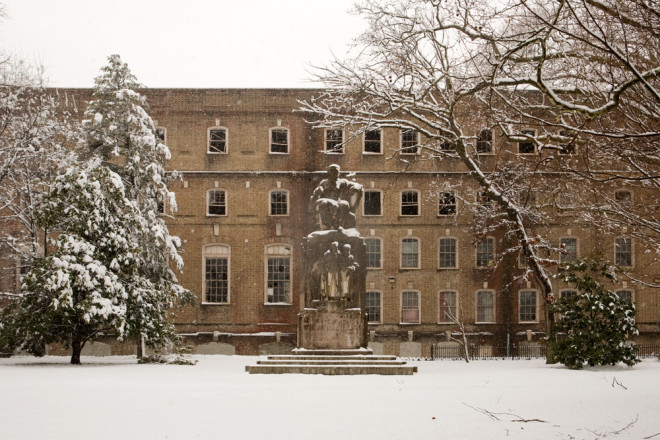 Germantown residents are concerned and confused after a recent proposal by the non-profit Mission First and developer Ken Weinstein to restore the historic YWCA building at 5820-24 Germantown Avenue for low-income senior housing was rejected by the Philadelphia Redevelopment Authority. Neighbors fear that, having no other immediate proposals in hand, the PRA may elect to demolish the 98-year old community center, which has fallen into serious decay after sitting unsecured and vacant and suffering numerous fires. Germantown United Community Development Corporation and Germantown Community Connection are hosting an emergency community meeting this Thursday at 6:30PM at First United Methodist Church of Germantown to discuss the potential threat of demolition. The organizations will aim to facilitate discourse among community members, City officials, and the developer and try to sort out facts from rumors. 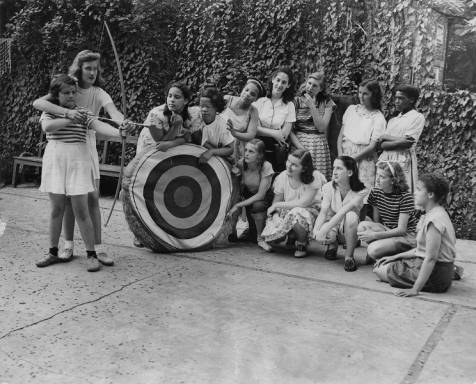 Until it closed, the Germantown YWCA served the surrounding community since 1917, fostering and coordinating inter-racial programs with other branches throughout the city in the early 20th century. The organization was instrumental in co-creating “Negro Achievement Week”–a precursor to “Black History Month—in 1928. Designed by Louis H. Rush, great grandnephew of founding father Benjamin Rush, the building has been listed on the Philadelphia Register of Historic Places since 1984.

The origins of Germantown YWCA’s troubles began when the PRA foreclosed on the building’s former owners, Germantown Settlement, after lending the 126-year old social service agency $1.3 million in 2006 to renovate the property for a community center. The now-dissolved organization, which misused almost $100 million in government grants and contracts acquired over three decades, failed to make a first payment on their loan to the PRA. In 2010, the group’s assets were ordered for liquidation after their bankruptcy case was changed from a Chapter 11 to Chapter 7 by a federal bankruptcy judge. The YWCA, currently owned by the PRA, has stood vacant and vulnerable to arson and vandalism ever since.

In September, 2014 the PRA sent out a Request for Proposals seeking bids for the reuse and rehabilitation of Germantown YWCA, offering up to $1 million in subsidies for structural improvements and masonry repair. So far, Mission First Housing Group is only developer to submit a proposal. The housing group—which proposes a 50 unit apartment complex for low-income senior citizens–is committed to the reuse and restoration of the YWCA. Mission First counts 17 projects in the “Preservation of Affordable Housing” section of its property portfolio.

Mark Deitcher, director of business development for Mission First, says that while the structural integrity of Germantown YWCA has been significantly compromised by multiple fires and vandalism, the housing group is wholly committed to preserving the historic property. “Mission First has a strong track record in historic structures,” he says, citing Temple I, on N. 16th Street, Temple II North Gratz, and MPB School in North Philadelphia, the historic mansions of Parkside, as well as Fells Point Station in Baltimore and House of Lebanon in Washington, DC. “It would be important to intervene soon to preserve the building as was the plan in the PRA Request for Proposal.”

Deitcher says that Mission First’s proposal is to “maintain and strengthen the building’s existing envelope,” preserving its historical character and the mural on the east-facing wall. But, he says, they will not be able to save the “degraded” interior. In addition to the 50 units, Mission First and Weinstein plan to create a rooftop deck garden for residents, a community room, and management offices inside the building. 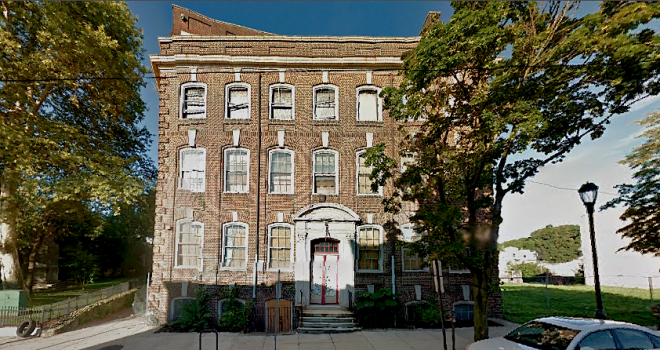 Deitcher warns, however, that without significant PRA funding for structural repairs, the building will likely need to come down. It will cost more to rehabilitate the building than to demolish it and build new, he says. “However, Mission First understands the importance of  preserving a building that is part of the community fabric and that is our preference.” Along with the PRA subsidy, Mission First’s financing plan would include tax credits allocated by the Pennsylvania Housing Finance Agency.

Andy Trackman, executive director of Germantown United CDC, isn’t confident that the Redevelopment Authority will reconsider its rejection of the Mission First proposal or wait for a better plan. Trackman has led the call to convene on Thursday night to discuss the ramifications of the rejected proposal. “The building is in a very deteriorated state,” he says. “We had learned that the PRA was seriously considering demolition if a buyer with a reuse to preserve the building was not found, and found soon. We learned that only one bid was submitted, and will most likely not be accepted. So we felt an obligation to bring this to the community’s attention to allow them to weigh in, voice their opinion, and perhaps even get an alternative plan.”

Trackman says that while he and GACDC approves of Mission First’s proposal to renovate the property for low-income senior housing, he is open to other ideas as long as they include preserving the historic integrity of the building. “I want to be clear that Germantown United is not advocating for the developer of the one bid, and that this project be accepted,” says Trackman. “I know there is an over-saturation in Germantown of social services and residential facilities that house very vulnerable populations, such as homeless and drug & alcohol recovering populations, so I am concerned about anything that isn’t going to be market rate. However, senior citizens are great neighbors. They will use the nearby neighborhood amenities, such as Vernon Park, as well as the stores in Germantown’s corridors. I personally believe this would not be a negative.”

Councilwoman Cindy Bass, who openly opposes the Mission First-Weinstein project, believes that accepting Mission First’s proposal would squander an opportunity for other developers to bring better, more revival-minded ideas for Germantown Avenue to the table. Bass says that if the PRA and neighbors rush to accept the first offer they will squander a key redevelopment opportunity that will keep the neighborhood in its cyclical slump. “I don’t like the idea of low-income senior housing on a commercial corridor that we’re working hard to revitalize,” says Councilwoman Bass. “I’m not interested in this plan at all. I have a two-pronged appeal and that is to get the PRA to finally seal up the building and get a better developer.” Bass says the PRA is primarily responsible for the building’s decay, failing to secure it from trespassers and arson since it was vacated.

She contends that because she is up for reelection this year, there appears to be an underlying expectation from the developer and GUCDC that she will sign off on Mission First’s proposal. Bass says that she will remain unfazed until a better developer is found, stating her commitment to bringing better business ideas to the neighborhood as her number one priority.

Germantown United CDC and Germantown Community Connection will host their meeting to discuss the YWCA’s future at First United Methodist Church of Germantown–6001 Germantown Avenue–on Thursday, January 21st 6:30PM. Developer Ken Weinstein and representatives of Mission First Housing Group will be in attendance to outline their proposed plans for the building. Brian Abernathy, the executive director of the Philadelphia Redevelopment Authority, will also be on hand to answer questions about the PRA RFP process and explain the PRA’s engineering study of the building’s current structural state.