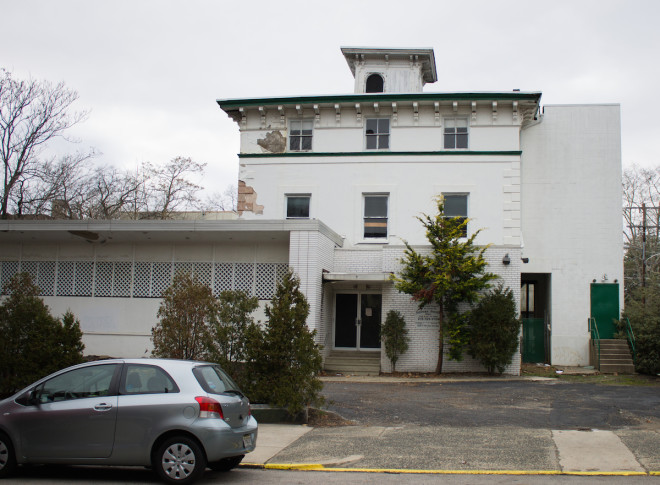 A hotbed of designated controversy at 40th and Pine | Photo: Michael Bixler

Advocates for the preservation of the Samuel Sloan-designed mansion at 40th and Pine Streets suffered a loss today. The Philadelphia Historical Commission voted five to three today in favor of allowing University of Pennsylvania, and their partner developers Azalea Gardens Partners, LP to proceed with demolition without obtaining building permits.

As we reported in December, Penn and Azalea Gardens requested recommendation from the Historical Commission’s Hardship Committee to have the condition removed, citing the cost of maintenance and potential environmental hazards the vacant building allegedly poses. The recommendation to remove the condition–with the stipulation that, should the building be razed, the property be landscaped and maintained until construction begins–was unanimously approved by the Committee, making the ruling today yet another predictable development in this embittered, eight year long legal saga. Preservationists worry that an amendment removing the condition would have set a lasting, detrimental precedent, clearing the way for fast tracking the demolition of buildings protected by the Philadelphia Historic Register when economic hardships are granted–the Levy House has been on the Register since 1973. Speaking on whether or not today’s proceeding is precedent-setting once the condition has been removed, Historical Commission executive director John Farnham maintained his opinion that this perception was, from a technical standpoint, without merit. Since hardship has already been granted, he said, demolition has effectively already been granted once permits are obtained too, and amending conditions are at the discretion of Commission. He also pointed out that no formal stay order was filed by the Woodland Terrace homeowners’ legal council, Paul Boni. “We did not seek a stay because we didn’t believe demolition was imminent,” said Boni. Although Penn’s attorney Mathew McClure stated that the building would not be demolished before litigation goes before the Commonwealth Court, this verbal agreement was not made part of the motion thus not legally binding.

An addendum to the ruling was introduced by the Committee that would exhaust Penn appeals for financial hardship, but this was ultimately voted down.

Oral arguments for appealing the ruling that grants the demolition of the Italliante mansion at 40th and Pine Streets go before the Commonwealth Court on Feburary 9th.