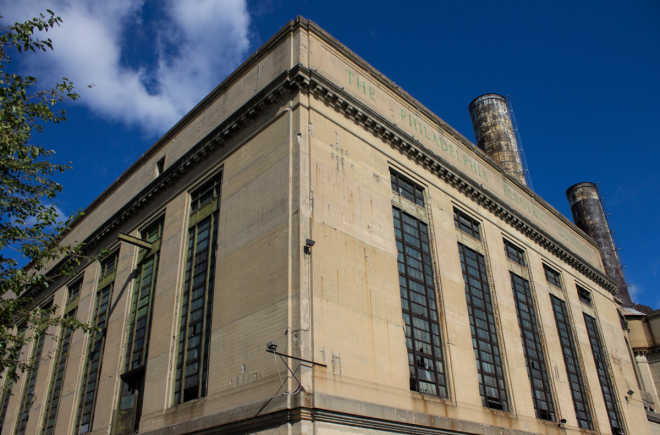 Developer Bart Blatstein and caterer Joseph Volpe have signed contracts and entered a purchasing agreement with Exelon Corp for the sale of Delaware Generating Station in Fishtown, reports the Inquirer. The deal is set to close in March. The closing price has yet to be disclosed by both parties.

Blatstein and Volpe’s vision for the 300,000 square foot former power station site includes reusing the main building for two boutique hotels–each with their own 55 foot ceiling ballrooms–river-view apartments, and a marina. Plans do not include retail or industrial use, Blatstein said, according to the Inquirer.

As we reported in late October last year, the global real estate broker Binswanger has been tight-lipped regarding potential bidders, wary of releasing any information until the winning bidder had been officially announced. News today reveals that there were five serious bidders willing to throw their hat in redeveloping the historic, John Windrim-designed industrial property.