With Churches Fast Disappearing In Fishtown, A Chance To See What’s At Stake 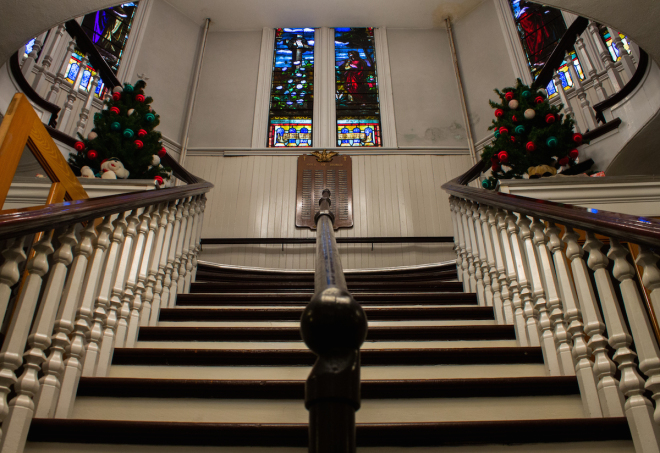 The New Kensington Community Development Corporation will host an open church tour on December 28th to highlight six historic houses of worship in Fishtown and Kensington. On the heels of the continued loss of churches in both neighborhoods and across the city, the tour is both an opportunity for the general public to see the inside of the sanctuaries and an effort by the NKCDC to elevate exposure for churches at risk of closure and demolition.

Churches have played a crucial role in community building and social order for centuries in Philadelphia. Congregations and parishes have shaped the city block by block. Lately, however, development pressure in transitioning areas, coupled with the financial burden of maintaining grand historic buildings for ever-shrinking congregations, has posed a serious threat to the city’s older religious buildings.

With possible demolition looming over the Pilgrim Congregational United Church of Christ at 1407 Marlborough Street and the closure in March and recent removal of sacred objects from St. Laurentius, at 1608 E. Berks Street, NKCDC officials fear that the continued loss of churches in the neighborhood will only accelerate with time. “These churches are such an important part of our neighborhood,” says Sandy Salzman, executive director of the NKCDC. “They take up so much of the block and define the community. When they go dark, it’s not good and causes problems.” 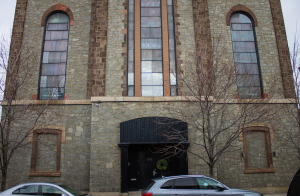 Siloam United Methodist, now owned by a photographer and artist, has been converted into a massive residence and studio | Photo: Michael Bixler

In cases like East Baptist at 1236 Columbia Avenue—the last baptist church left in the area–that was abandoned for almost a decade and recently sold for a mere $385,000, the threat of demolition and development seems imminent, despite efforts to work with the existing structure. The new owners’ plans to reuse the building with 15 apartments was recently halted by neighborhood zoning opposition–due to the influx of development in the immediate area, no off street parking planned, and apprehensions about the history of upkeep of the property by the current owner– that effectively stopped renovation, placing the building once again in limbo.

A prime example of church extinction in Kensington and Fishtown is Marlborough Street, which at one time was home to three. “My concern is we keep losing these churches which have been the mainstay of the neighborhood for years,” says Salzman. “Hopefully we won’t see anymore close.”

A few churches in the area have been saved by reuse, like Siloam United Methodist Church on Susquehanna Avenue–part of the tour on the 28th–which was converted into live-work space. Emanuel Epispocal at Marlborough and Thompson Streets has also been converted into residential use. These are positive outcomes, says Salzmam, but she believes filling the community void the congregations leave when historic churches close is first priority. “Through the tour we are trying to come up with plans with Partners for Sacred Places for when churches close and the space isn’t used anymore so they don’t sit dormant and get torn down,” says Salzman. “One initive is to bring the arts to help the church community. They have lots of space and, in essence, stages for performances.” Salzman says Beacon Presbyterian is an example of filling that social void. Closed as a full time church, Beacon has recently been reimagined as a neighborhood faith and community arts space. “Their external lights installation is really cool,” Salzman remarks. 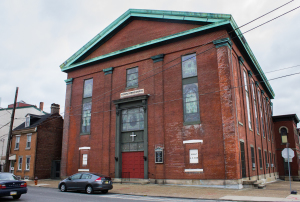 The cornerstone church on the tour is Kensington Methodist Episcopal (fondly referred to as “Old Brick”), the oldest church in Kensington and Fishtown. Erected in 1854 with building materials from the congregation’s former church–hence the nickname–Old Brick is barely holding on, according to Salzman. One of the unique features of the church is the Indian burial ground in the basement, due to its proximity to Penn Treaty Park, an area that was considered sacred ground by the Lenni Lenape.

Other churches on the tour have unique features of their own. Visitation BVM–at Lehigh and B Streets–has a steep staircase because the grade of Lehigh Ave was lowered. The basement is now at ground level. Also, First Presbyterian, on Girard Avenue, has stained glass windows donated by longtime member and distinguished 19th century iron shipbuilder William Cramp.

Tickets for the Fishtown-Kensington church tour on December 28th are $25 and include a bus ride to each of the sites and light refreshments. The last day for registration is Friday, December 19th. Purchase tickets HERE.