Trove Of Philly-Centric Books For The Holidays 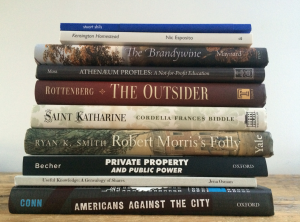 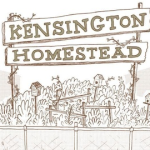 Kensington Homestead (The Head and The Hand Press)
by Nic Esposito

Hidden City readers are familiar with Esposito’s essay-style approach to the built environment. His column “Behind the Façade” explores the cultural and oftentimes personal motivations that shape the streetscape. In Kensington Homestead, Esposito turns his focus to his own journey creating Emerald Street Urban Farm in Kensington, where he lives. Here are 14 narrative-forward essays full of humor and hard work and humility: Esposito’s path to urban contentment.

Stuart Shils is a painter of the muted and slightly abstracted landscape–urban, rural, and personal. He teaches at the Pennsylvania Academy of Fine Arts. Recently, iPhone in hand, Shils has riding around Philadelphia and other urban places, observing the layers of urban experience. The camera has transformed his way of seeing and given his work a kind of lingering drama. His photographs are collected in because I have no interest in those questions, the catalog accompanying his current show at Steven Harvey Fine Art Projects in New York, and a fine standalone of urban observations, many from North Philadelphia and Germantown, where he lives. 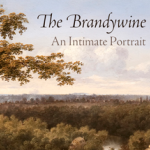 The Brandywine: An Intimate Portrait (Penn)
by W. Barksdale Maynard

Take a trip to Longwood Gardens or Wintherthur or even West Chester and you’ll find yourself in a singular American landscape carefully preserved through exclusionary zoning, land trusts, and wealthy institutions (and individuals), and mythologized in the art of Andrew Wyeth. Now, finally, we have a book that explores the multiple historical and cultural dimensions of the area that played a key part in the founding of the United States. W. Barksdale Maynard, author of six books, including one on the history of Princeton University, gives us a true portrait of the Brandywine, in part through history and in part through his own personal journey across the truly suggestive landscape. 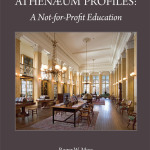 Roger Moss probably knows more about Philadelphia buildings than every Hidden City writer combined. As a young scholar just out of graduate school, he was handed the directorship of the Athenaeum, then a moribund organization with deteriorating building and he turned it around (nowhere to go but up!). Here is the story of that turnaround, marked out in short essays about the people who lured him along and made it possible, including Barra Foundation founder Robert C. Smith, Charles E. Peterson, who started the Historic American Buildings Survey, architect and preservation champion Henry Magaziner, and the great Philadelphia writer and social critic Nathaniel Burt. 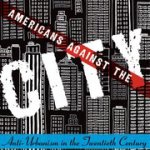 Americans Against The City: Anti-Urbanism in the 20th Century (Oxford)
by Steven Conn

Steve Conn directs the public history program at Ohio State University. He lives in the small town of Yellow Springs, Ohio, but spends his summers here, in the city where he grew up, the place that he still adores. He adores it despite the frustrating anti-urbanism that had, until about ten years ago, pushed central cities to the edge of the contemporary American psyche. Americans Against The City is the deconstruction of the American anti-urban instinct, from turn-of-the-century planning of the progressive city to New Urbanism of the 1990s. This isn’t a Philly book per se, but Conn, who is also the author of Metropolitan Philadelphia and a stalwart expert on the film documentary “Philadelphia: The Great Experiment,” often traces American anti-urbanism back to William Penn, the founder of the first planned American city and, as he likes to say, “its first suburbanite.” This book is filled with Conn’s smart, accessible ideas about the city in our society.

The Outsider: Albert M. Greenfield and the Fall of the Philadelphia Establishment (Temple Press)
by Dan Rottenberg

Dan Rottenberg, founding editor of the culture magazine Broad Street Review is also the author 11 books, many on Philadelphia subjects. The latest is this much-needed biography of Albert M. Greenfield, a Jewish immigrant who became a powerhouse of finance, media, real estate, and politics, locally and nationally. Says Rottenberg, in the book’s introduction, Greenfield’s life is a “dazzling prism” through which we can explore major 20th century American themes of rapid urbanization, the immigrant experience, and the simultaneous rise of a Jewish business class and the decline of the Protestant elite. In this sense, Greenfield’s story, and the story of Philadelphia in his lifetime, makes for a worthy analog to Conn’s book. 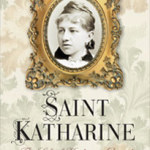 Who else could write–finally–an insightful, smart, and moving biography of Katharine Drexel than the distinctly talented writer Cordelia Frances Biddle? The Biddle and Drexel families have been intertwined since the early 19th century and Saint Katharine is, by my estimation, the great-great aunt of Cordelia. Well, here is Katharine’s story: her Civil War childhood (grandfather Francis Drexel loaned $60 million to the Union cause), her slow emersion into charity and then Catholicism, her ultimate rejection, as a gilded age heiress, of the usual life of the rich in favor of dedicated activism in service of American Indians and African-Americans and the establishment of The Sisters of the Blessed Sacrament. 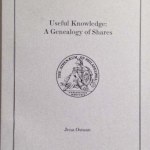 Useful Knowledge: A Genealogy of Shares (Athenaeum)
by Jena Osman

In 1956, says poet Jena Osman, the author of this extraordinary morsel of social history, the Athenaeum’s librarian Francis James Dallett said, “in no other institution can the unbroken continuity of Philadelphia be so strongly felt.” Inspired by this, Osman set out to follow the lineages of nine Athenaeum shares as they’ve been passed down through time. Written with a poet’s delight and careful attention to historical detail, Useful Knowledge may be the most enchanting new book of Philadelphia history. Osman reconfigures lives (sometimes of known public figures, sometimes not), moments, intentions, ambitions, Philadelphia all the while pulsing through. 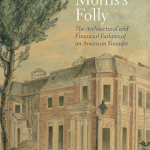 Ryan K. Smith is an historian at Virginia Commonwealth University. His book, Robert Morris’s Folly, uses another building–this one never finished, one block from the Athenaeum–as a bright lens on Philadelphia history. Financier of the American Revolution, Robert Morris speculated on land across the new nation and set out to build a grand maison on the 700 block of Chestnut Street designed by Pierre Charles L’Enfant. All this ended him in the debtor’s prison on Washington Square (where once his friend George Washington came to sup with him). Here perhaps is America’s first riches to rags story, told through, of all wonderful things, an imaginative piece of architecture that was left “unfinished” for years. 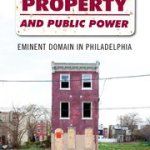 A week ago, Philadelphia artist James Dupree won his battle against the eminent domain taking of his studio and art center in Mantua. The City’s Redevelopment Authority had wanted the land to build a supermarket, certainly a needed amenity in the neighborhood, but the deal stank–it was being forced down the neighborhood’s throat. Dupree stood up to protect his small creative paradise, certainly a public good in a poor neighborhood. But eminent domain, as a central urban policy, is meant to serve the public good, enabling the public sector to plan for and execute large-scale economic development projects. Without eminent domain, there would be few airports, large public parks, or university campuses. So who decides the public good in eminent domain cases? Dupree rightly fought against a ham-fisted plan, but certainly not all such projects are. Now, at least, we have thorough analysis of the issue, thanks to Debbie Becher’s carefully researched new book that looks at the ways the policy was used here between 1992 and 2007. Here is the “complex reality.”