Travels Through The Ghost City

With rising land values, Philadelphia’s traditional urban fabric is under growing pressure. Churches, retail stores, small factories, and neighborhood-scaled workshops have all been the victim recently of a hot real estate market. We’re not always sure the new buildings are worth the loss of the old ones, but change is part of the thrill of a dynamic city.

The architect Andrew Evans has been observing all this change recently. His time-lapse images–one of which is available for purchase HERE through our online store, Hidden City Mercantile–capture the process as one building disappears and another rises. 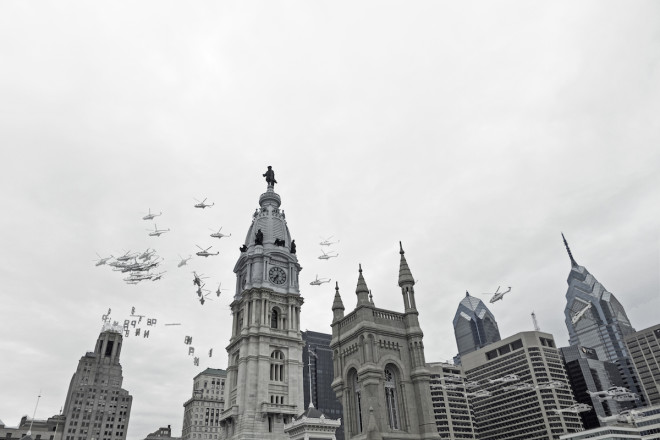 Read Brad Maule’s piece on the removal of the PNB letters HERE. Purchase a print of this image HERE. 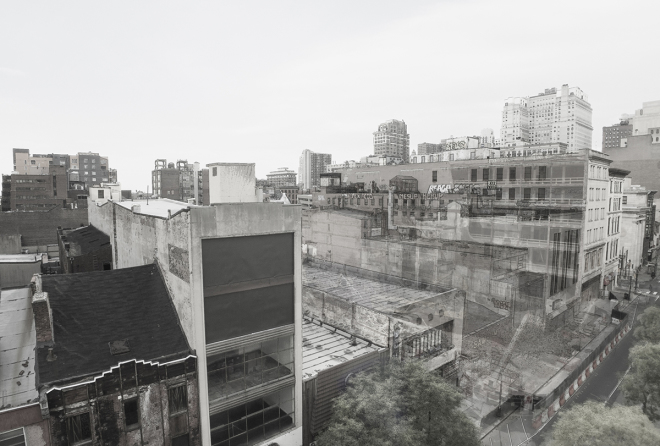 For a nuanced appraisal of the Coward Shoe Store, located at 1118-1120 Chestnut, and designed by Louis Kahn and Oscar Stonorov, click HERE. Brickstone plans call for 96 apartments and 80,000 square feet of retail space, according to the Philadelphia Inquirer. 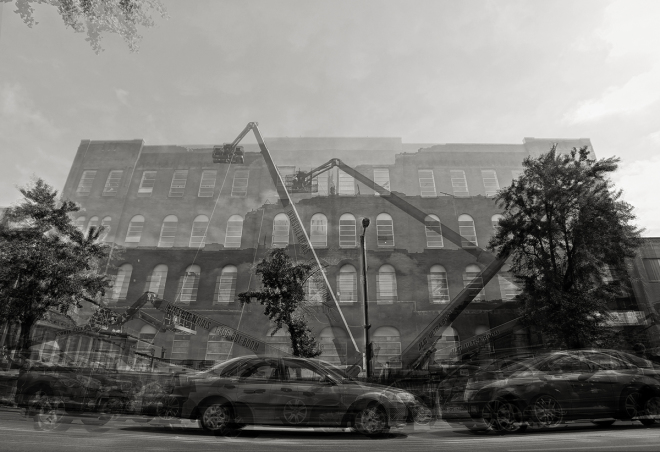 For some historical background on the 3rd Regiment Armory, and how it came to be vacant, click HERE. A six-story apartment complex is under construction. 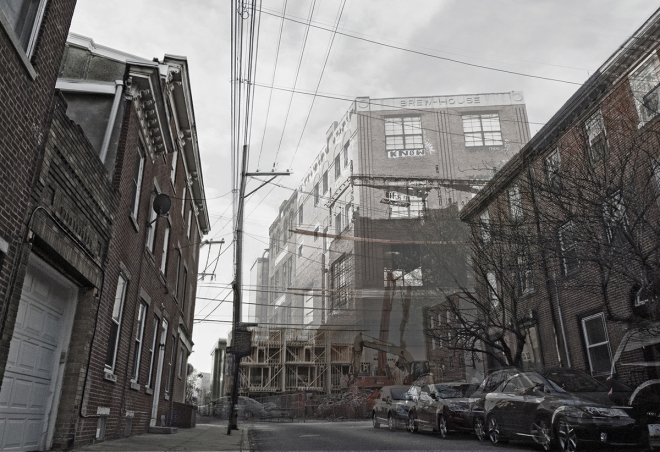 For photos of the Ortlieb’s complex before it was torn down, click HERE. For an interview with artist Daniel Davison, who created a terrific video about planting a flag on top of the Ortlieb’s malt house, click HERE. Bart Blatstein’s Tower Investments has not announced plans for the site. 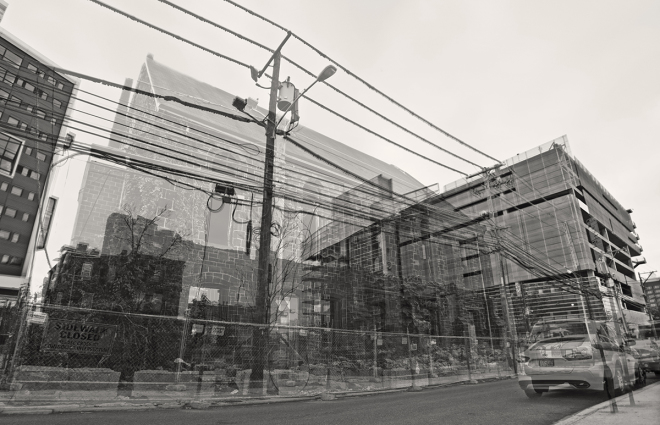 For a look at what the Methodist Episcopal Church might have been if it had been adaptively reused, along with some great historical background, click HERE. A two-story retail building has been completed at the site. 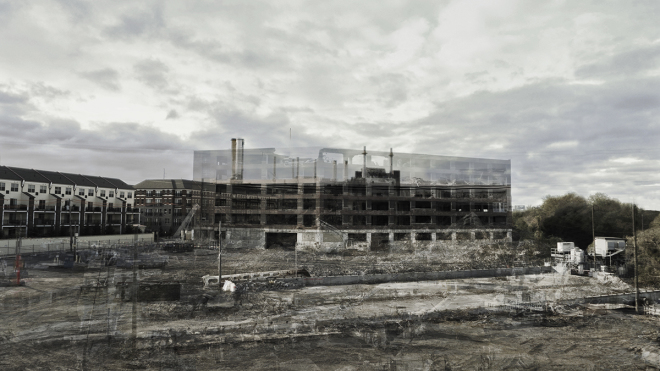 Used by the Marine Corps Motor Transport Division during World War II for painting, lettering, repairing and storing vehicles. The Shadow has the story in his recent article about the building’s demolition. The Children’s Hospital of Philadelphia will replace it with a 23-story research tower. 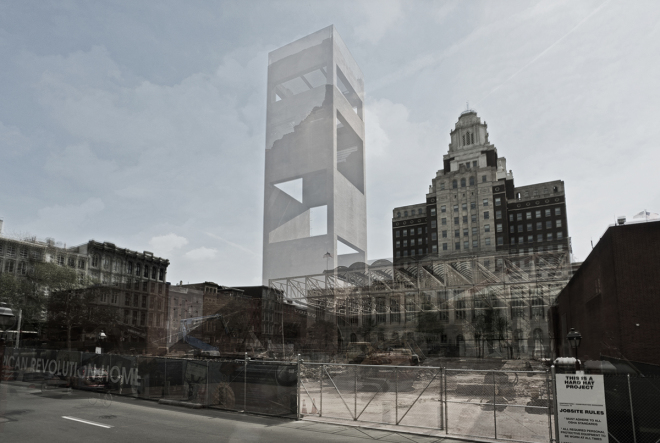 The Independence Visitor Center is being replaced by the Museum of the American Revolution, which is now under construction. 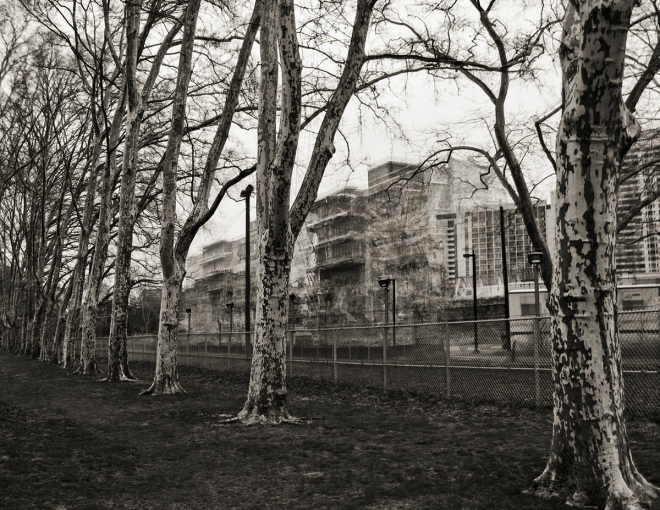 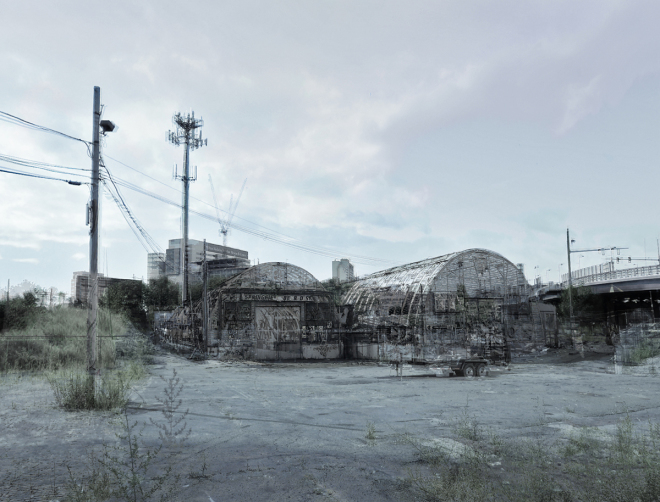 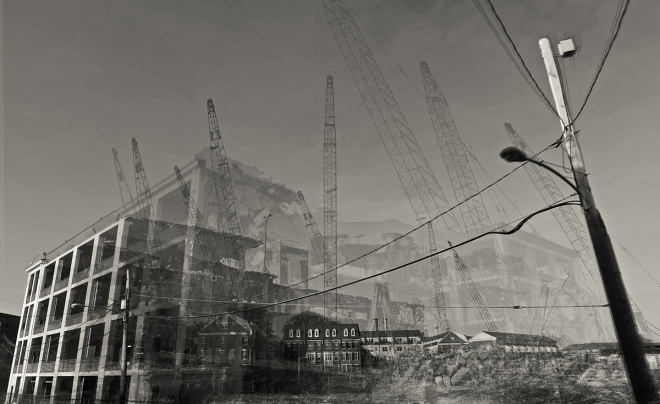 This dairy plant, which had most recently been used as a parking garage, has been replaced with a faux-colonial development from Toll Brothers. The abysmal design was eviscerated by our own Nathaniel Popkin in 2012. 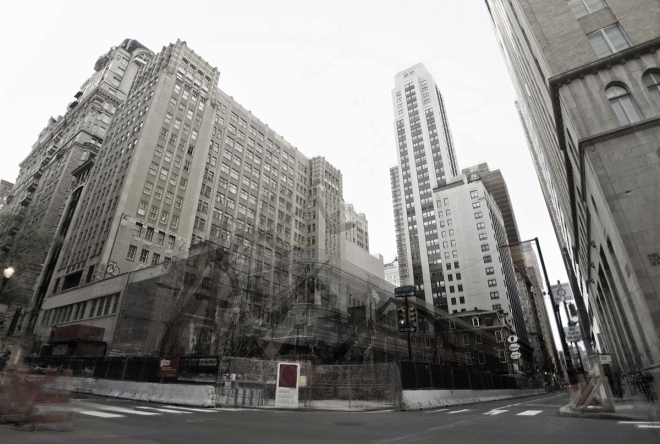 A three-story glass box that will house a Cheesecake Factory, among other tenants is under construction. Inga Saffron lauded the design by Bohlin Cywinski Jackson, which created the prototype for the Apple Stores. 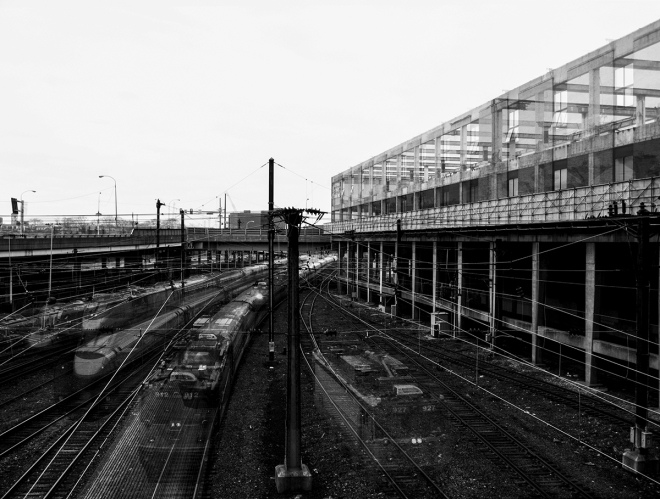 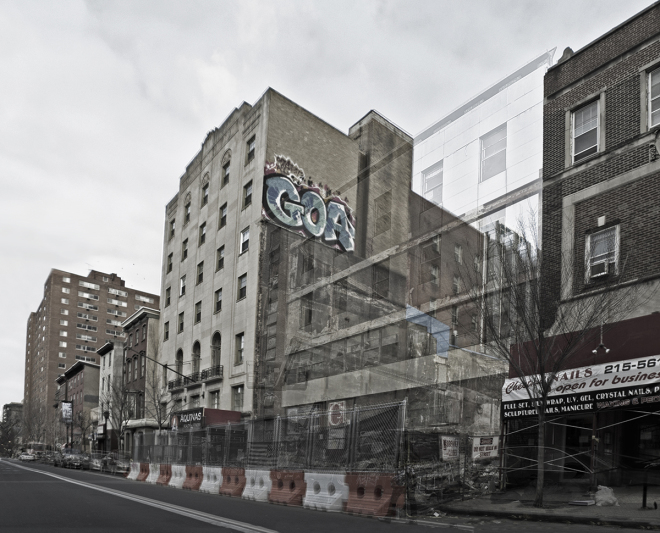 Once the Girard Craftsman’s Club, which made a failed attempt to turn it into the first Masonic Hotel in the world. The Shadow has the story. Soon to be a 110 unit apartment building with retail on the first floor. 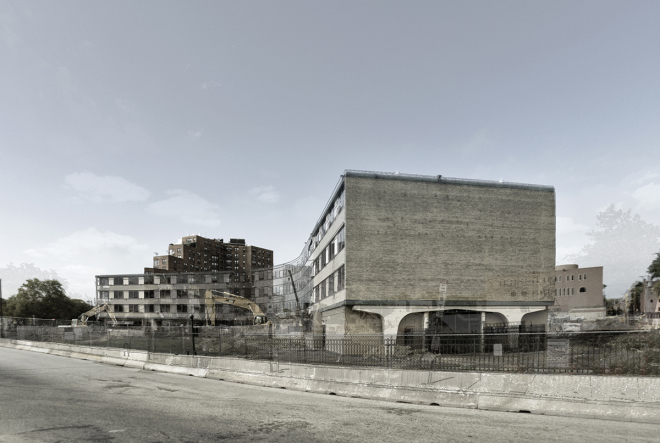 To be replaced by a 293-unit luxury apartment building anchored by a Whole Foods.