Reanimating The Archives At William Way 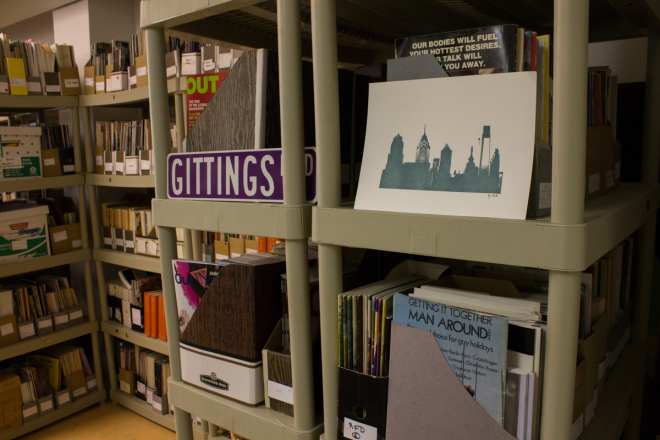 Inside the crowded research room of the John J. Wilcox, Jr. Archives at the William Way Community Center sits decades of local LGBT history waiting to be examined. With a $330,000 grant from the William Penn Foundation–to be released over a three year period–this humble but essential historic resource is preparing for major renovations that will repurpose the current space into a full-fledged research facility.

A three-floor elevator trip up from the former Engineers Club’s majestic mahogany lobby–and through the crowded hallway of boxes marked “Giovanni’s Room,” the papers of the late Pine Street bookstore–the packed archives will see a number of significant upgrades over the next three years. “With additional resources for new staff, redesigned facilities, and conservation and preservation efforts, the collection will be more accessible to researchers, students, and those who are interested in LGBTQ history,” said Candice Thompson, director of center services at William Way. “The three year grant project will be transformative for the Center and it’s most precious collections dealing with queer history.” Thompson said the project will “build upon the decades of volunteer work that have helped to sustain and grow the collections which document everything from gay liberation to AIDS activism to local grassroots movements.” 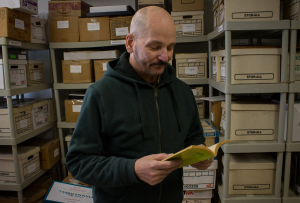 The push to establish a properly-equipped repository for local gay history has been a long and sometimes arduous undertaking, involving the hard work of repurposing row houses and making rent. The William Way Community Center was founded in 1976 at 325 Kater Street–just south of South Street below 4th–in the midst of Philadelphia’s alternative space movement. The founders of William Way creatively sought space to anchor and foster community, but also to build a collection speaking to the history of the gay and feminist history of the Philadelphia region.

At Kater Street, “Volunteers spent many hours and dollars turning a run-down former horse barn into a welcoming space for the community,” said Bob Skiba, longtime William Way archivist. With the William Penn grant, his position has evolved from volunteering his time–an eight year labor of love–to a paid, full time job. According to Skiba, drastic rent increases forced the organization out of the Kater Street location in 1981—right around the time that the Painted Bride Art Center also moved from South Street to Old City. History repeated itself. William Way struggled with moving and even meeting in the homes of community leaders until 1996 when the organization signed an agreement to purchase the old Engineers’ Club at 1315 Spruce Street. In 2005, community philanthropist Mel Heifitz paid off the building’s mortgage. “We’ve now been here 18 years in this space—the first that we own,” Skiba delightedly explained. 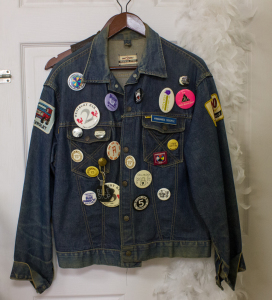 Jean jacket donated to the archives displaying buttons from The Blue Parrot, The Bike Stop, Westbury Bar, and The Post, among others | Photo: Michael Bixler

The building at 1315-17 Spruce Street of course has a story of its own. Row houses on Spruce Street started showing up on maps by the mid-nineteenth century and upperclass residents like Benjamin Etting, a merchant from a prominent Jewish family involved with the China trade, were moving into 1315 Spruce by 1851. Next door was John B. Budd, a prosperous importer and exporter of goods with the Caribbean and the southern states. Both of these men appeared in the Philadelphia Blue Book of “prominent householders” published later in the century.

In the late 19th century, Charles W. Potts came to own 1317 Spruce Street. He soon razed the building and constructed a new, modern mansion. Potts and his wife held elite social gatherings and lived there until his death in 1904. In 1907, the Engineers Club, an organization grown out of the Centennial Exhibition of 1876, purchased the building. Over the course of the next ten years a restaurant opened in what is now the Philadelphia Room. After the Club purchased the building next door in 1917, renovations began, including the construction of a ladies dining room. In the 1920s, the organization began the buildings’ most significant renovation—the merging of the façades of both properties so that they appeared as one construction. 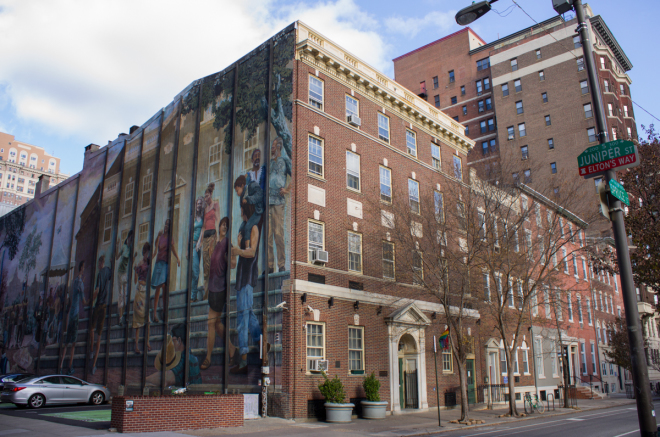 In the 1960s, the Club hired Dorothy Draper, the first woman in America to head her own interior design firm, to redecorate the building from top to bottom. The organization finally moved out in the late 1980s as the space became too large for its needs.

In the first years of 1990, activists founded the Gay Community Center of Philadelphia (a.k.a. Penguin Place) at 201 South Camac Street and made the nearly invisible community of LGBT Philadelphia a salient, physical presence within Center City. The building itself was less than ideal for the work of the Gay Community Center, and the group continued searching for a new location. 1315-17 Spruce Street seemed to be an option, but it was in terrible condition, just four years after the Engineers Club vacated, according to an appraisal. But Gay Community Center leaders pushed forward anyway. Regardless of the building’s state, the larger space was the best spot to repurpose and activate in the area. Its board approved the purchase in 1996 and the William Way Community Center established a permanent home. 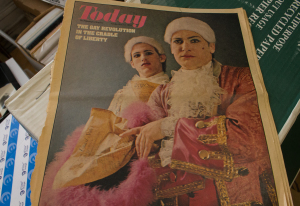 On Mother’s Day, 1974 the Inquirer ran this cover on their Sunday lifestyle section, sparking a furor among both the local gay community and the newspaper’s more conservative subscribers | Photo: Michael Bixler 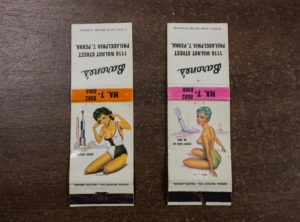 Matchbooks from the cigarette machine at ’60s era lesbian speakeasy Rusty’s. The storied bar’s entrance was through a side door and up two flights of stairs on Qunice Street, behind where Moriaty’s is today | Photo: Michael Bixler

Although William Way’s success in anchoring the “Gayborhood” was a triumph, the quest to preserve documents, papers, and ephemera about the Philadelphia region’s LGBT community has been difficult. Items such as acid free boxes, proper shelving, and the space for researchers to spend time in the archives have been hard to fund even with volunteer and financial support from dedicated community members.

Considering the priorities of William Way–to improve healthcare for HIV-positive residents and providing supportive programming for diverse gender identities and sexual orientation, to name a few–it is natural that preserving the legacy of the organization’s work within the Philadelphia LGBT community would follow suit. As the community valued its history, volunteers worked as curators to keep the materials organized and in decent shape to eventually be transferred to a research center with temperature controls for conservation. Thanks to the William Penn grant the materials will finally receive a proper handling. “I just threw out our last Dole banana box the other day,” said Skiba. 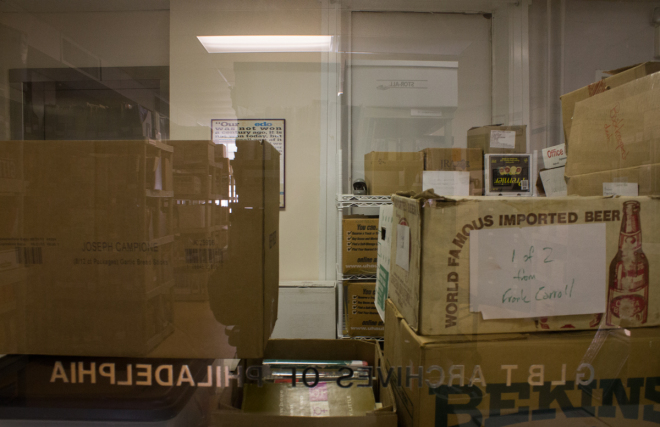 Inside the archives looking out into the busy hallway. Boxes upon boxes of records from historic gay bookstore, Giovanni’s Room, wait to be processed | Photo: Michael Bixler

Skiba, who also is a leader in the Philadelphia tour guide industry–and a Hidden City Daily contributor–gave the keynote address at the 2014 Philadelphia PubComm, a conference for local public historians. His willingness to collaborate with various organizations is part of what brought this renovation project together. “In the past few years, William Way has become part of the stewardship program of the Conservation Center for Art and Historic Artifacts, the Pennsylvania Historical Society’s Hidden Collections Initiative, National History Day and the National Archives Cultural Fieldwork Initiative,” he explained. “We’ve worked hard to make LGBT history an integral part of the greater Philadelphia region’s story.”

Renovations for the research center at the John J. Wilcox, Jr. Archives are slated to begin in 2015.