Editor’s Note: Today is the final day of our Fall Campaign. As of 12:45PM, we’re 96 percent to our goal. That means we still need $550 to reach $15,000 total before the day is out. It’s imperative that we get there. To sweeten the deal for someone, we’ve added a new perk, a 20″X30″ print of Bradley Maule’s Philly skyline sunset, below, with the PNB letters still intact. You can have this ecstatic photograph, unframed, for a $275 donation to the campaign. Click HERE to donate at whatever level suits. But if you want Brad’s photograph, act now. There’s only one available. 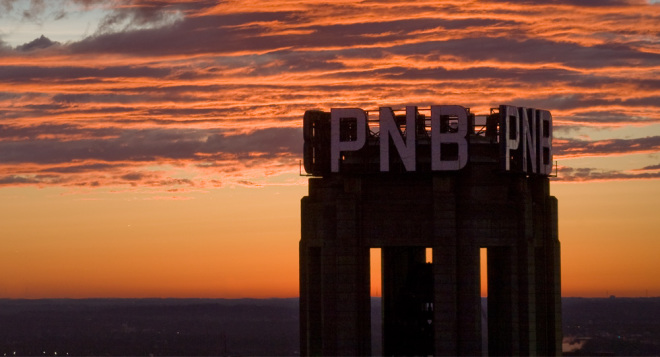 That was then… | Photo: Bradley Maule 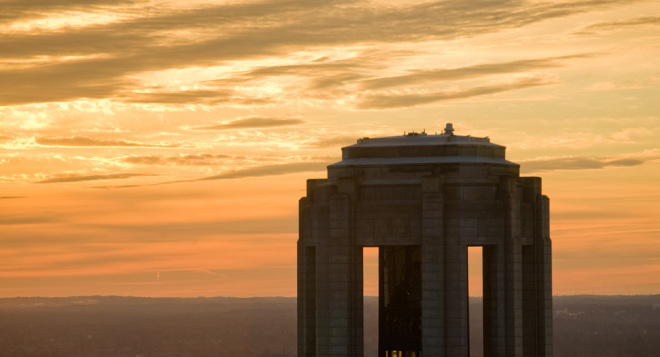 … this is now. | Photo: Bradley Maule

Not a lot of hearts broke last month when the rest of the PNB sign atop One South Broad was removed. In August, a crew of helicopter pilots, mechanics on the building crown, and crane and truck operators on the ground needed the better part of a day to remove only one of the sign’s four sides; on November 15th, they finished the job in under an hour.

So with the PNB letters gone after nearly sixty years atop the 28-story building, One South Broad’s crown reverts to the one John T. Windrim gave it in his original, 1932 design. (The Athenaeum has a gorgeous drawing by Windrim of the building and crown in its entry at PAB.)

While the 16-foot, 3,000-pound letters are relatively minor in the grander scheme, their removal contributes to a broader chipping away of Philadelphia’s modernism. Sidney Hillman Center, Coward Shoes, Philadelphia Life Insurance Company, Liberty Bell Pavilion, New Market … they’ve all gone the way of Philadelphia National Bank (which, several mergers later, is now Wells Fargo, the main tenant of One South Broad). With their recent closures and sales, three late-modern buildings formerly in the School District of Philadelphia’s collection will probably join them in memory: George Pepper Middle School, University City High School, and William Penn High School. And tomorrow night at the central branch of the Free Library, Penn Praxis will host a discussion on the future of Love Park—a discussion that must address its Visitors Center, one of Philadelphia’s finest specimens of the period.

But should one have an interest in preserving a piece of local modernist history—and a place to put a 16-foot letter—one can do that. Jim Baum, a spokesman for Wells Fargo, indicates that they’re available. “We are holding on to several letters, including one complete set,” he said via email. “However, many of the letters were in such disrepair that our only alternative was to have them removed for their salvage value.”

Philadelphia is growing, and with that, to borrow a phrase from a local Pulitzer-winning architecture critic, comes a changing skyline. And boy is Philly’s changing—the giant tub at 18th & Arch is about to birth a giant Norman Foster tower that will be the tallest in Philadelphia, and West Philadelphia alone is growing its own skyline that could rival just about any city in the country outside of New York and Chicago, as you’ll see in Stephen Stofka’s story tomorrow here on the Daily.

The change at One South Broad is subtle, but it’s change all the same. From afar, few will even notice the letters missing after six decades atop the building. But from up close, like the view from City Hall’s observation deck and this one, from the 33rd floor of the Loews (whose own giant letters PSFS aren’t going anywhere), it does feel like something’s missing … yet seeing Windrim’s building crown as he intended it kinda makes that okay.

Use your left and right arrows to toggle back and forth between the “before” and the “after.” 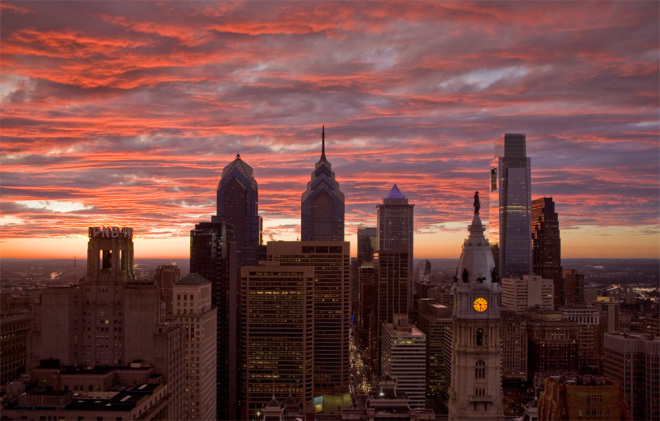 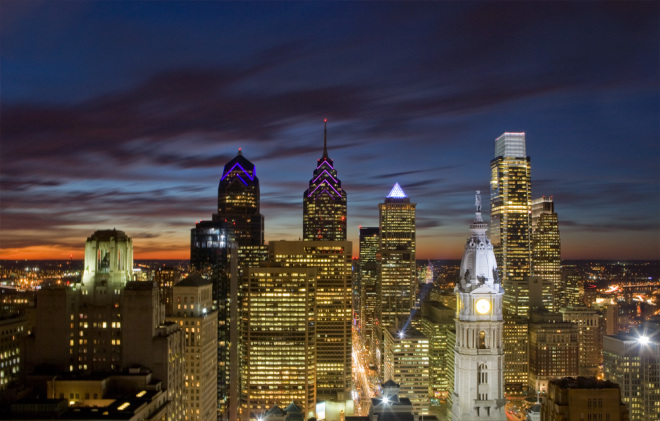