Author’s Note: I stocked my teenage grunge wardrobe at American Thrift and, years later, found my wedding dress there for $1.95. Living just a few blocks away, it was hard not to be a regular. So when I got the text from a friend telling me that the store was closing in just a few days, I was shocked. I took to social media for comfort and found it there, sharing memories with friends and other devoted American Thrift fans of their best finds and weirdest sightings. It’s helped to bring some closure. So has writing this piece and talking with other local thrift owners about how the thrift industry is faring.

I spoked with Christina, the manager and co-founder of Philly AIDS Thrift, who said that business has never been better. After the store’s recent relocation just around the block, they’ve more than doubled their sales and are making an even greater impact for people living with HIV/AIDS in the Philly region. This mirrors national trends in the $13 billion thrift store industry. The number of thrift stores nationally has grown seven percent in each of the last two years, according to an industry trade group. Philly AIDS Thrift’s non-profit charitable organization model (the predominant model in the business) enables them to attract dedicated volunteers and incentivize donations by offering tax-deductible receipts. The recent purchase of Giovanni’s Room has kept the legendary LGBT bookstore at 12th & Pine open under the Philly AIDS Thrift umbrella–a win-win for both organizations and for the community.

American Thrift’s closure has left a giant hole in the heart of its customers; it isn’t clear what the store’s next incarnation will be. The good news is that there are thrift stores out there that are doing well, but in order to keep going they need donations. Many of them could use help, too. Volunteers who work behind-the-scenes are crucial in keeping these stores afloat. While I mourn the loss of American Thrift, I keep reminding myself of this: it’s good thrifting karma to give as much as you receive.

The last day of American Thrift 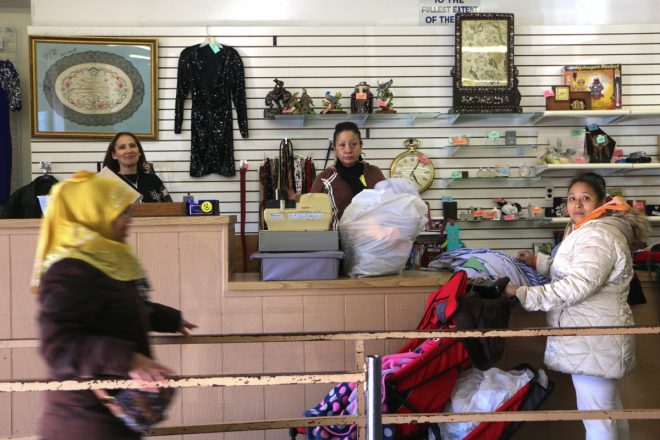 American Thrift at 8th & Wolf, a beloved neighborhood discount store, called it quits on November 22nd. Since 1975, the store had served the masses, outfitting generations of Philadelphians–and their extended families around the world–for dirt cheap. Dressed in black, Cathy, a customer for over 15 years, said somberly that the store’s closure was like “a death in the family.” 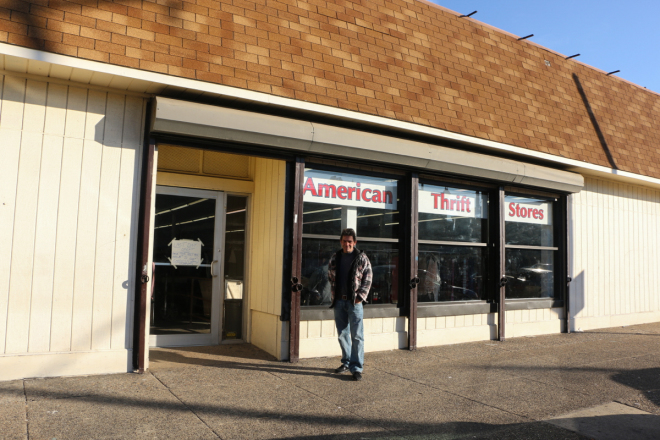 Owner Alex Smith grew up in the business and learned the ins and outs of the for-profit thrift model from his father. The family owned a smattering of establishments in South and Southwest Philadelphia, all operating under the American Thrift moniker. An aging body, the escalating cost of doing business, and the decline in giving all led to his decision to close the store, which employed 10 people and took in up to 5,000 pounds of donations per day at its height. Smith “worked his balls off” for years, he says. 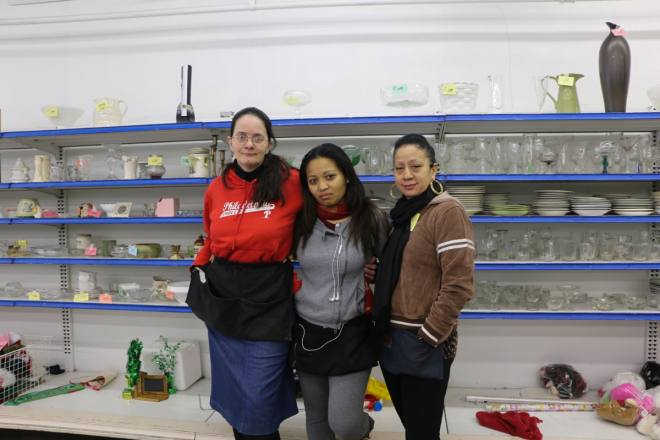 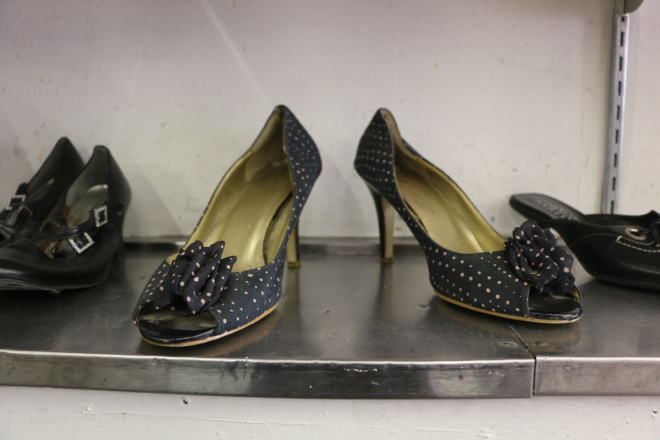 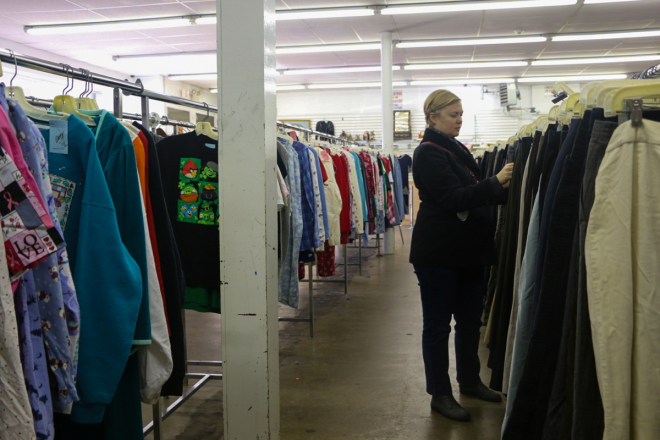 On the last day, employees were showered with baked goods, greeting cards, and hugs from many of their long-time customers. Some employees said that could see themselves working in a thrift store again; some swore never again. Antoine, who had worked at American Thrift since 2008 processing donations and assisting with pick-ups, said that he had laid his hands on several pieces of history in that time. “Customers are asking us, ‘Where are you gonna go? What are we gonna do?’” 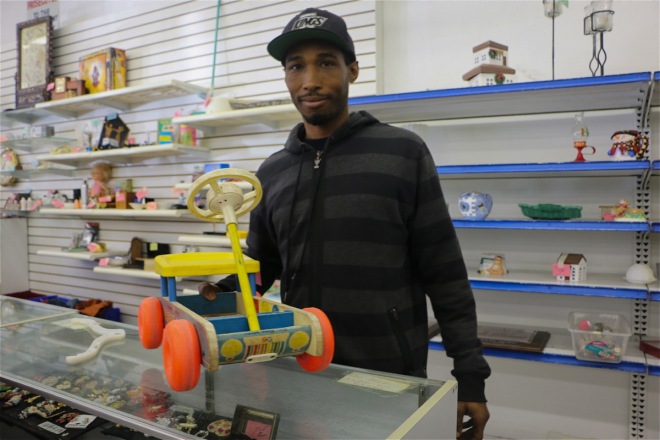 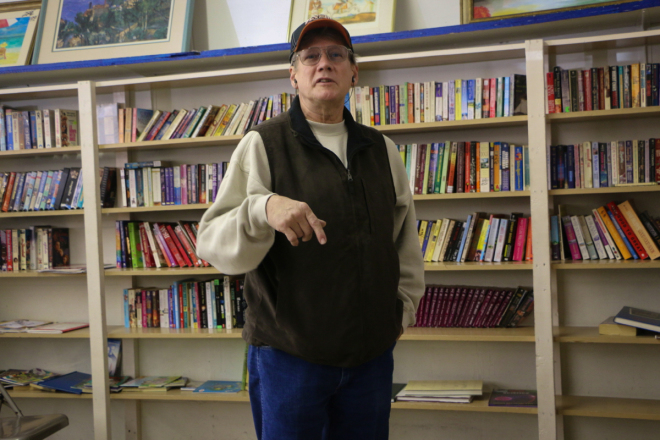 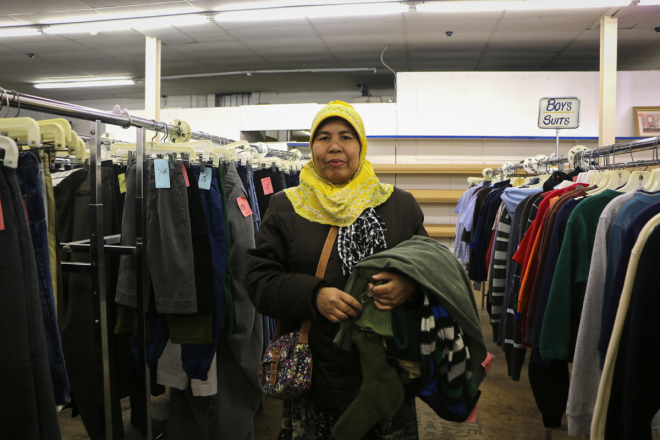 Sourcing its donations of clothing, books, shoes, housewares, and furniture from throughout the Philadelphia region, but never wholesale from big box stores, the store’s legendary collection of merchandise was likened to an “eternal spring.” The discount structure consisted of a labor-intensive weekly rotation in which employees touched every single garment every week and marked down each item by hand. Smith said that at American Thrift they never “played the color game,” applying discounts chromatically, like some “lazier” stores did. At American Thrift, a deeply discounted garment could still be had for $.65. Smith invested little in advertising, but word-of-mouth, and eventually the internet, did that for him. 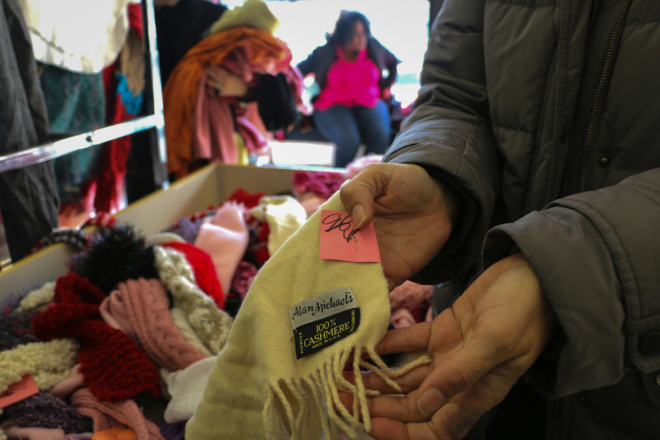 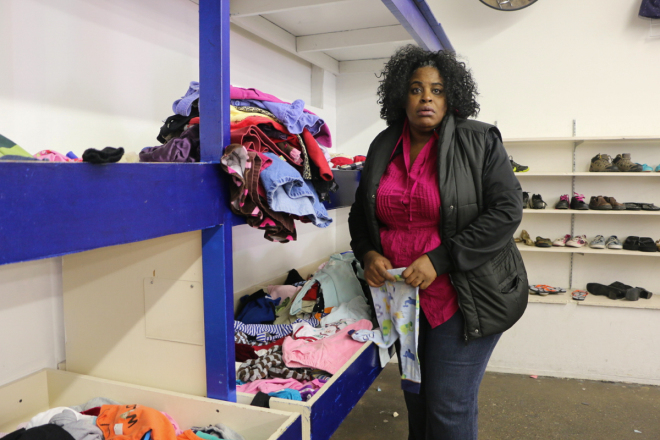 Employees reported that many customers would buy clothing by the bagful to send back to loved ones around the world–Africa, Cambodia, Mexico, Vietnam, Pakistan, and Honduras to name a few. Jack, a steamfitter, had been buying his $.50 paperbacks and work shirts there for over 20 years. Edna, who shopped at American Thrift as a little girl with her grandmother, was collecting a pile of clothing for her grandchildren on the store’s last day. A customer for over 30 years, she would stop in at least three times a week and felt safe there; not the case for all thrifts, she pointed out. “It feels like home.” 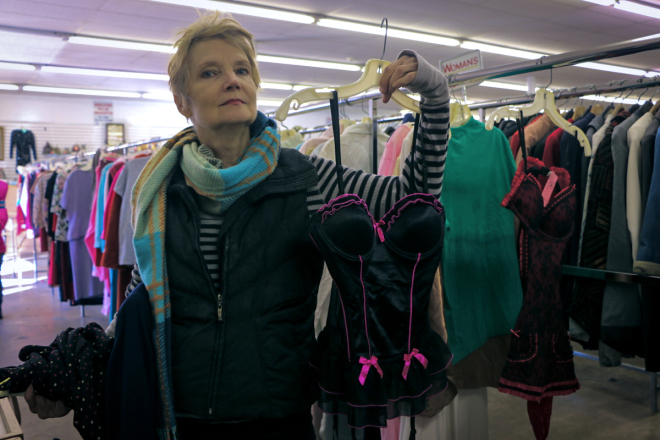 Thrift stores famously attract all types, from all walks of life. People-watching was one of the side benefits of shopping there, according to Lora, a figure model coordinator at the University of the Arts. She also valued the store because it freed her to wildly experiment with fashion for over a decade–for her herself and her models–at very little financial risk. She cited pale green cashmere shorts and burlesque costumes as some of the “magnificent things” she’d found over the years. “[Thrifting] is the antidote to everything that is gray and difficult.” 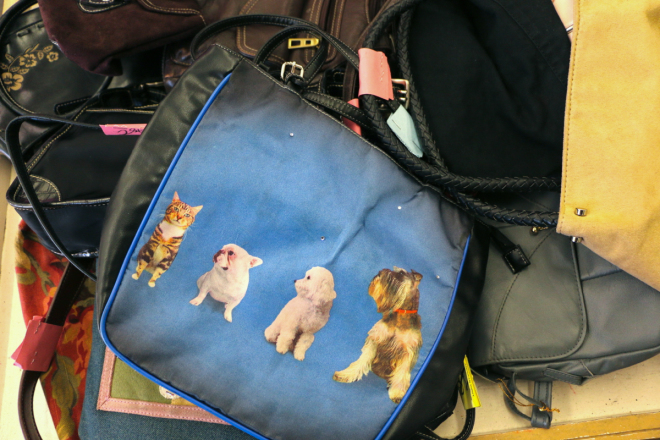 The recession may have brought new shoppers to the store, but Smith’s wife, Victoria, commented that the financial crisis simultaneously brought about a decline in donations. “People are struggling to give … and receive,” she said. In recent years, the quantity and quality of goods was noticeably diminishing, which signaled the beginning of the end for American Thrift. Donations were 60 percent trash, 40 percent treasures, according to Smith. They had reached out to over 60 local thrift store operators to keep the business open and running in the neighborhood. Out of the 60, only one from Germantown accepted the invitation for a tour but eventually declined the offer, which would have included the 15,000 square foot store and nearby storage facility. The closure of American Thrift will likely be felt the worst by those who needed it the most. The property is expected to be listed for sale in early 2015. 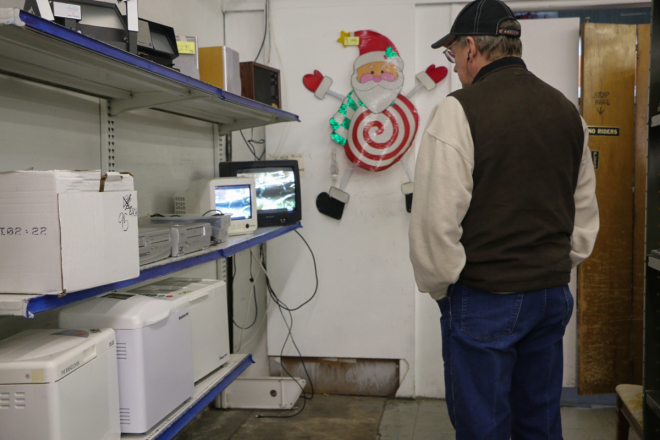 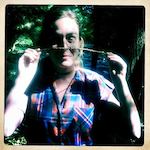 Kim Massare Kim Massare is a freelance photographer and writer. She is a South Philly native, recently transplanted to the woods in Mt. Airy. Kim is a graduate of Central High School (257!) and Williams College and collaborates with her arborist husband on an anti-tree-torture photo blog, What Not To Do To Your Tree. She is working on a series of children's books about Philly.