Continuance Granted For The Blue Horizon 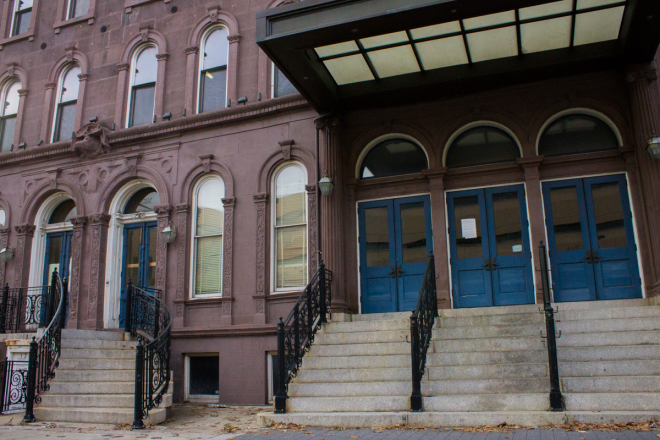 The Philadelphia Historic Commission met this morning at 1515 Arch Street to consider the Preservation Alliance for Greater Philadelphia’s nomination of the Blue Horizon to the Philadelphia Register of Historic Places. At the request of current owners Mosaic Development Partners and Orens Brothers, a continuance was approved for the legendary North Philadelphia landmark, and the decision has been remanded back to the designation committee, set to reconvene in 90 days.

As we reported back in November, the Preservation Alliance submitted dual Philadelphia Historic Register nominations for the Blue Horizon, seeking to protect and preserve both the exterior and interior of the building. Mosaic, which has already been granted a partial demolition permit from the Department of Licenses and Inspections, plans to replace the world famous boxing arena, which is eligible for a designation from the National Register of Historic Places, with a five-story boutique hotel.

A number of other buildings also went before the judgement of the Commission. Moore Push Pin building at Wayne Junction was approved for historic designation as was The Angelic Exaltation Of Saint Joseph Into Heaven ceiling painting at Old St. Joseph’s Church. By request of the owner, a continuance was approved for the 1930s-era Art Deco auto showroom at 1501-05 Fairmount Avenue and a request to withdraw the designation nomination for the Victorian Benjamin Kenworthy House at 365 Green Lane was approved. No reason was given for the withdrawal request.