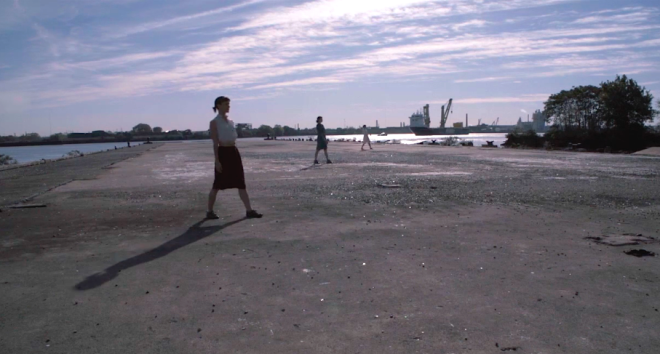 Editor’s Note: This Saturday composer Josh Stamper debuts his composition “Rivers” at the Trinity Center For Urban Life. The first installment of a four-part multimedia series about how the elements–water, air, fire, earth–have shaped the city over the past few centuries, “Rivers” is six movements of Cage-inflected music haunted by modern dance and film. The piece draws its primary source of inspiration from Philadelphia’s two historically industrial passageways, the Schuylkill and Delaware Rivers. Hidden City co-editor Michael Bixler spoke with Stamper earlier this week to discuss his inspiration and the upcoming performance.

Michael Bixler: What is it about the Schuylkill and Delaware that influences “Rivers?” How have they shaped the music for the piece and the way it communicates with the film elements by your brother Ben?

Josh Stamper: There’s no shortage of wonder when it comes to these rivers. The simple physical phenomenon of a river, the way it moves, the way that it shapes and fills the space around it, was the principle inspiration for the piece. There are points where the different voices in the music are simultaneously moving at different tempos, which describes all the various currents–some moving slow, some moving faster–inside a river at any given point. There are sections of the music where the rate of flow in water is represented by the rhythmic density of single notes. There are other sections where I’m trying to describe ripples, eddies, and waves (or the movement of light on those ripples, eddies, and waves), which are always shifting depending on what they encounter in their path. Similar things are being explored through the dance and the film, but also in the way that all these things relate to one another. 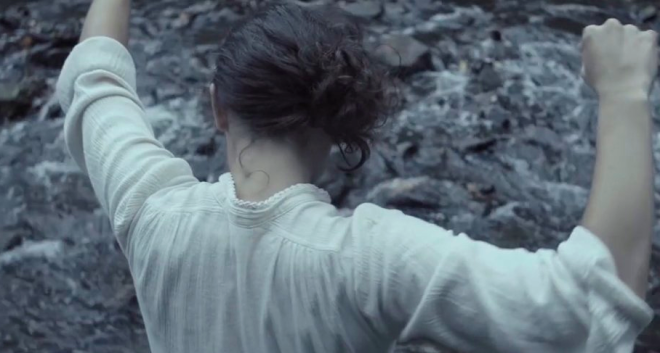 MB: I’m fascinated by the nature element in the music and film, especially in the second movement, “Where Bright Angel Feet Have Trod?” The piece, especially Lea Fulton’s choreography, appears to express a conflict of balancing both public life in the city and the desire for isolated, wooded respite along the bank of both rivers.

JS: All the elements involved–dance, film, and music–explore the turbulence and beauty of Philadelphia’s relationship to the Schuylkill and the Delaware. No one element is more of a commentary on a particular aspect of this relationship than another. Music, dance, and film are all speaking to beauty, pain, scarring, healing and celebration. The trauma and the glory of industry. The seemingly unlikely turnaround in the relative health of the rivers and consequently the relative health of the city. It’s a complicated and dynamic relationship that has required of these artistic forces to explore.

One point of interest about the 2nd movement–it’s actually based on a hymn by Philadelphia hymn-writer Robert Lowry (1826-1899). The principle tune from his “Shall We Gather At the River” makes an appearance at various points in the piece. The second half of “Where Bright Angel Feet Have Trod” is a setting from that hymn. 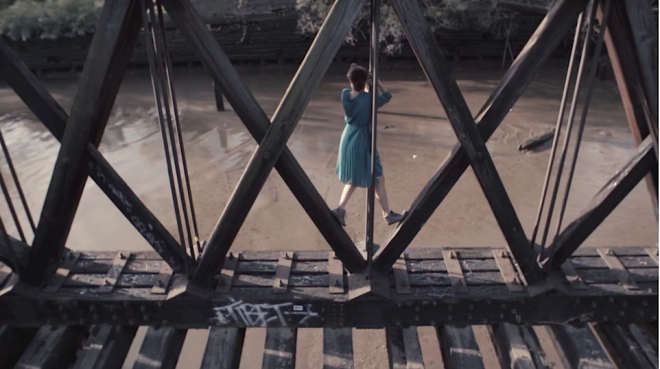 MB: You’ve mentioned that urban renewal in Philadelphia informs your piece. How so?

JS: The relationship between human communities and nature is impossibly dynamic, with points of real tragedy and points of real beauty. There are of course plenty of occasions where market forces have trumped the good and health of larger eco-systems (of which humans are a part), occasions where human enterprise is well intentioned but woefully short sighted, and finally occasions where careful thought, planning, and resources have paid real dividends with regard to the flourishing of human communities alongside the flourishing of the rivers. Among other things, the piece is an exploration of that spectrum.

MB: What should we expect at the performance on Saturday?

JS: My hope is that people encounter something beautiful. The audience will experience film and music and dance relating to each other in unique ways. The roles of dance, film, and music are shifted, tumbled, turned around, and blurred; like river currents crashing into one another, or collections of small stones orbiting in an eddy. Like the millions of human impacts and adjustments that define a city daily.