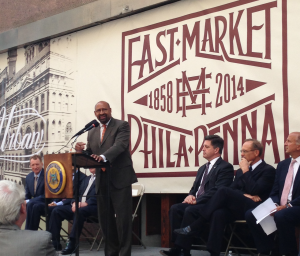 “The renaissance of East Market is now underway,” said Mayor Michael Nutter this morning, as ground was broken on the multi-use development at 12th and Market Streets in Center City. The project–in multi-phases over a million square feet–is expected to effectively link the Liberty Bell and Independence Hall with City Hall and the rest of Center City.

Beginning today, the low slung retail block known as Girard Square between Market and Ludlow, 11th and 12th Streets, will be demolished to make way for the first phase of the project, a $260 million, 17 story residential and retail tower designed by BLT Architects, as well as the renovation of an existing office building, most recently used for administrative courts, for retail and residential use.

“My hope is that this project will actually inspire others to finally move forward on the north and south side of Market Street,” continued Nutter, who estimated that the first phase would create two million hours of work. The project has substantial investment from entities related to the Electricians Union, including National Real Estate Development. 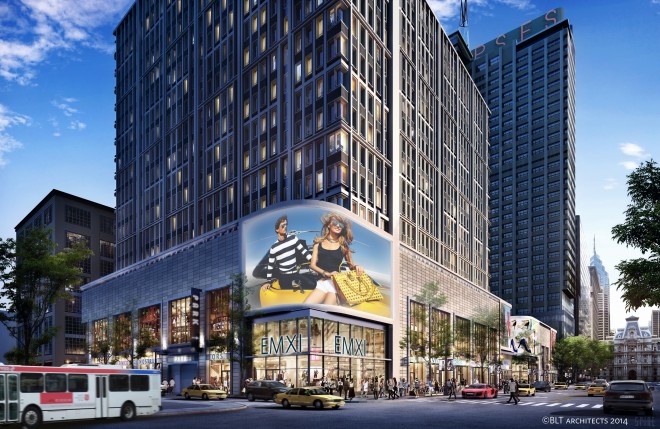 Lt. Governor Jim Cawley added that “Were taking Market Street back and making it a showplace of the entire city and the entire commonwealth.” The development received $14 million in State of Pennsylvania and City of Philadelphia funds toward the project. 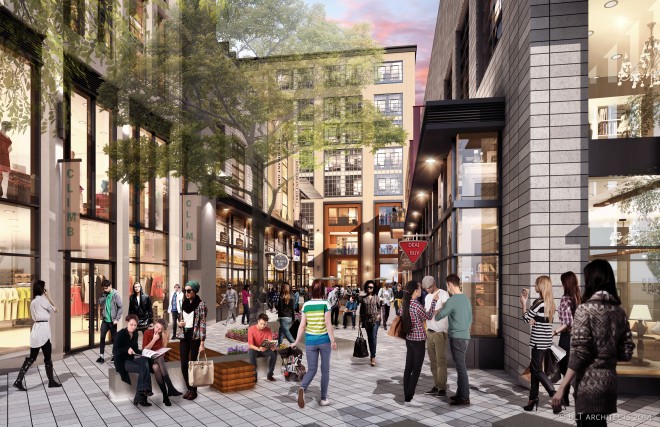