Behind The Gates Of Delaware Generating Station 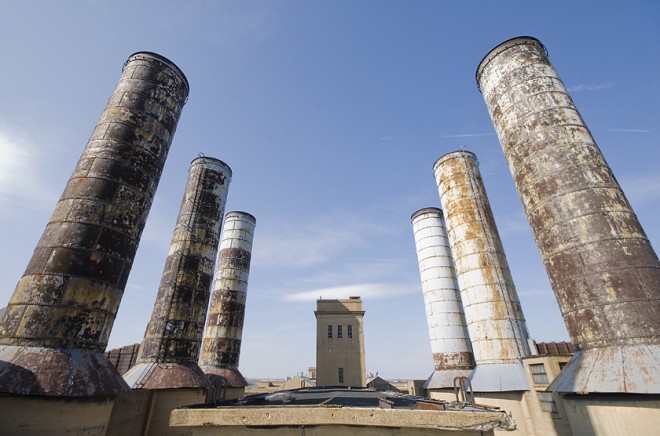 Editor’s note: On November 3, bids for the former Philadelphia Electric Company’s Delaware Generating Station will officially close and a new owner of the massive Fishtown power plant will be revealed. Towering above Penn Treaty Park, the 223,000 square foot plant, almost a thousand feet of waterfront, and the 16.4 acres it resides on has a staggering—if not down right intimidating—amount of potential. One of four power plants along the Delaware designed by John T. Windram, of The Franklin Institute and Family Court fame, it has a distinctive beauty that could shine again if chosen for a creative renovation (The former Bankside Power Station in London that now houses Tate Modern comes to mind). Demolishing the 97 year old generating station would be unfortunate and shortsighted, but the renovation and reuse of the building may be prohibitive. Current owners, Exelon Generation Co. LLC, and the real estate brokers of the property, Biswanger, haven’t made an estimate of the price tag public so we’ll have to wait until the winning bid is announced. Built on the former site of the Neafie & Levy Shipyard—birthplace of the Navy’s first submarine and destroyer and America’s first steam powered fire engine—the station has a century’s worth of industrial infrastructure lurking underneath it and will have to be addressed even after site assessment and a first pass at environmental remediation. Needless to say, what the new owners do with the plant and its parcel will be transformative and likely to push development along the abandoned northern sector of the Delaware waterfront as it moves past the Sugarhouse Casino toward Port Richmond.

Photographer Chandra Lampreich affords us a peek inside the Delaware Generating Station as it stands today. 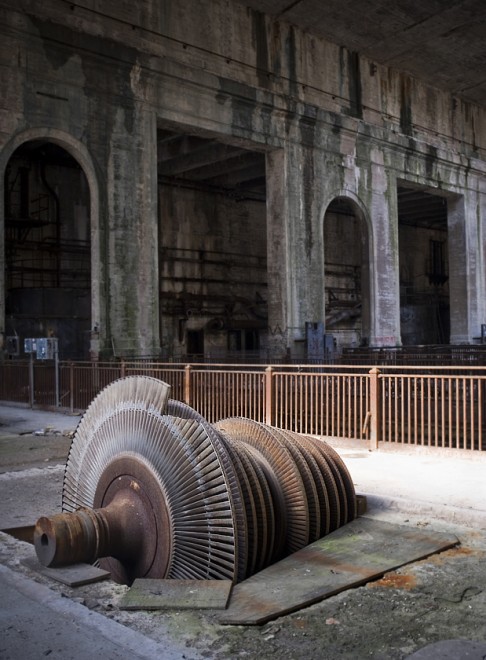 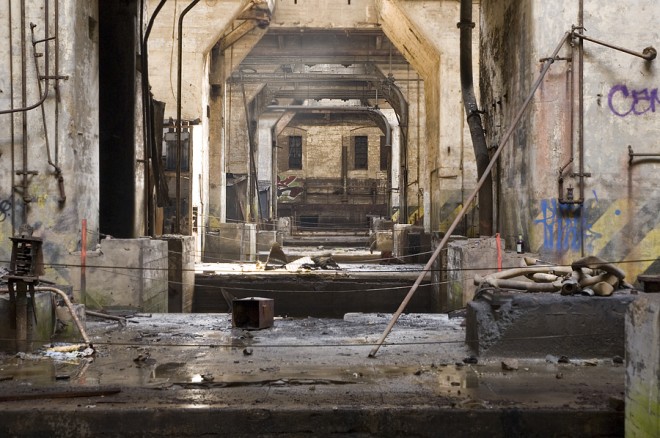 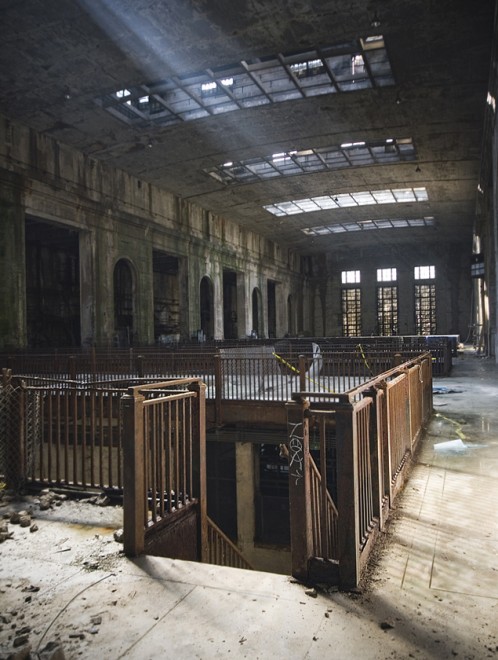 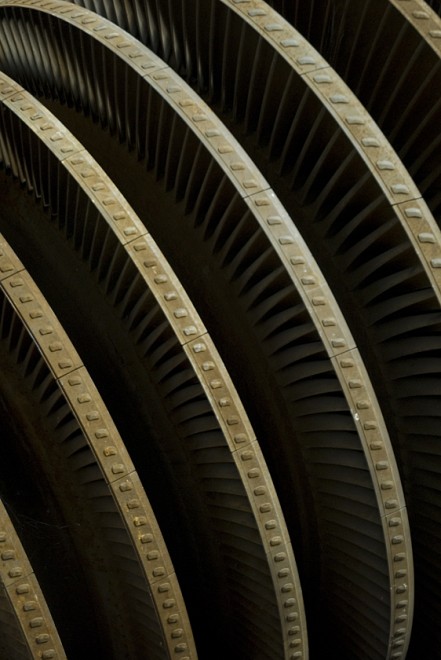 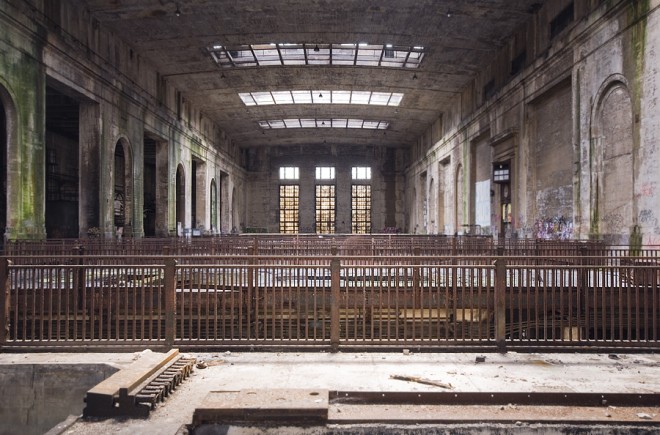 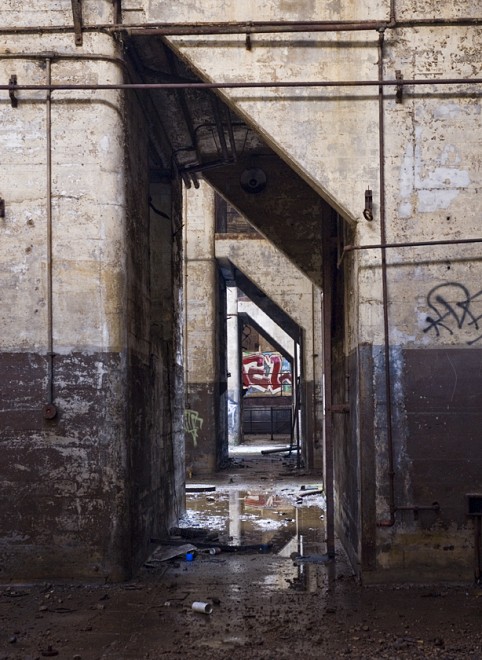 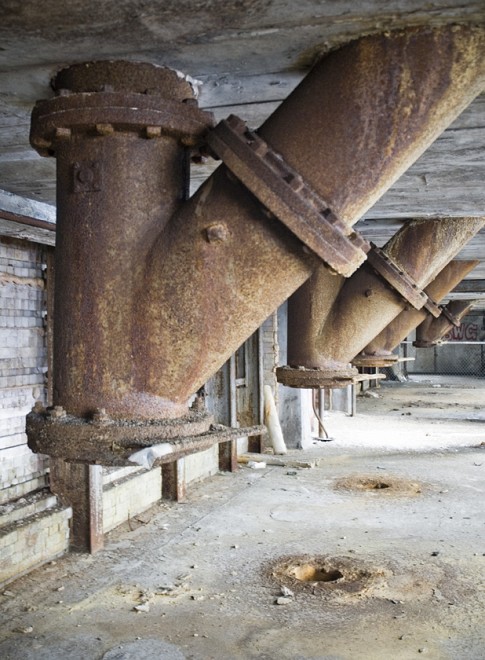 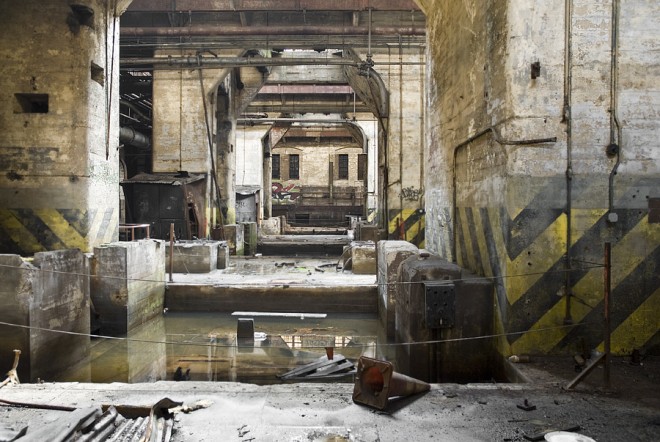 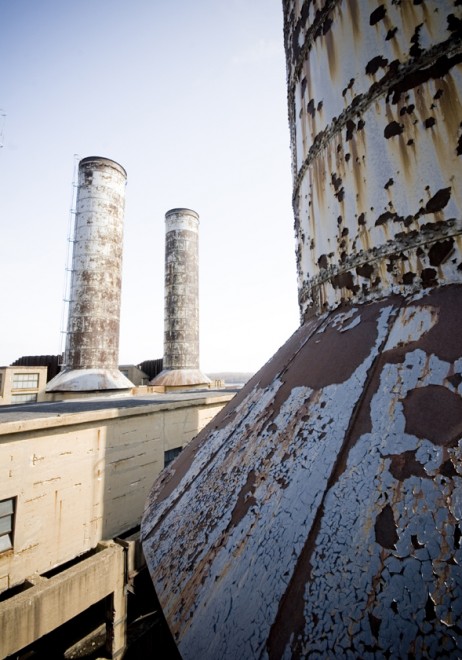