“West Philly Days” Gives A Glimpse Into Who We Were 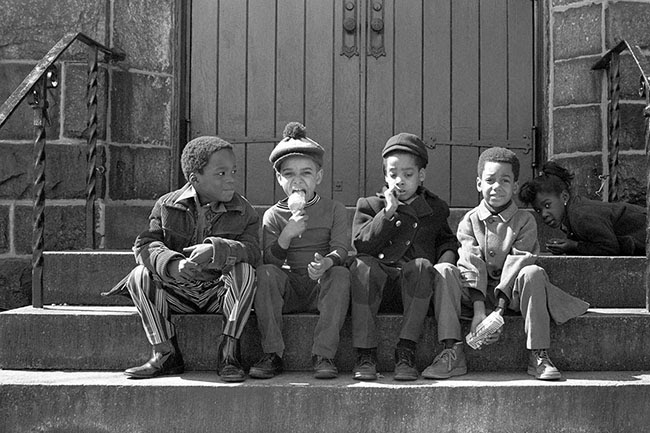 Street photography in Philadelphia is a dense, lush landscape that has been growing feverishly over the last decade. With noted contemporary photographers like Zoe Strauss and Jeffery Stockbridge, a cadre of veteran photojournalists, and legions of talented amateur shooters–not to mention the infinite cosmos of Instagram–there are more eyes trained on the cracks and seams of our city’s sidewalks than ever before. This upsurge in documenting our humanity helps guide us toward an understanding of who we are now. It deepens our identity as a city and makes us a richer, more perceptive community because of it. There are hundreds of eyes on the streets these days, but it wasn’t always this way.

When photographer Stephen Perloff, founder and editor of the esteemed journal The Photo Review, began photographing Philadelphia in the late 1960s there were but a handful of street shooters. Armed with his first camera, a 35 mm Mamiya Sekor, Perloff began documenting life in West Philadelphia in 1967 as an undergraduate at the University of Pennsylvania. Eventually a loose community was formed and fellow Philly photogs began to coalesce into a supportive whole. 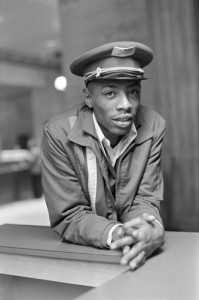 “When Photopia, Philly’s first full-time photo gallery, opened on South Street in November 1974, we pretty much all met each other,” says Perloff. “Some of us knew each other a bit before that through The Photography Place in the suburbs, which later moved to Philly. George Krause was legendary. And there were my neighbors in Powelton, Laurence Salzmann and Jack Levine, and my housemate Ron Gladis. Bruce Stromberg, Paul McGuirk, and Harvey Finkle were others. Nancy Hellebrand did a wonderful series of 4×5 street portraits in Kensington, printed as platinum prints.”

“West Philly Days,” the title and subject of Perloff’s exhibition at The Gold Standard Café, which opens today and runs through October 29th, is a fluid selection of black and white prints taken between the years of 1967 to 1976. The collection is a seamless blend of a bygone era when the old and new worlds were beginning to melt together into the quickly changing modern landscape. Perloff captures the era between these years in an organic, well-rounded way, as opposed to focusing one only side of the social spectrum.

In his introduction to the exhibition, Perloff says, “I consider this show at The Gold Standard as a kind of celebration of the spirit of the community organizing and antiwar movements I participated in while at Penn. Other portraits include children and teens–some made when I served as a substitute teacher for a semester in West Philadelphia junior high and elementary schools–as well as images of a local tailor, a newspaper vendor, a Red Cap at 30th Street Station, and a family portrait of my next door neighbors in Powelton–father, mother, and two young daughters–all dressed up for the Easter Parade.” 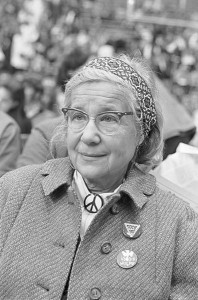 Perloff eventually began to engage with more longer term projects, but for the photos that make up “West Philly Days,” his agenda was to just set out into the area near his home in Powelton Village and see what came up in the viewfinder.

All of the photos in the collection are the product of “going out to see what I could find.” Perloff explains, “I have a lot more work from around Philly, I just thought that the West Philly work cohered in a certain way and think of this as a community show. By the mid-70s I was really looking for longer-term projects. I noticed architectural details of buildings showing up on my contact sheets. Some were more abstract but all documentary. Eventually I got a 2-1/4 camera for more detail. Then I got a 4×5 and started photographing more of Philly’s built environment, both from the street and from the tops of buildings.”

One thing that connects Perloff to the past and the present is his quintessential eye for people that embody the Philadelphian spirit. Even with the sharp divide of time, his street photos are imbued with the quick wit, lack of pretension, and a drop or two of skepticism that defines the city and informs so many of our contemporary photographer’s work. With a career that spans almost five decades, Perloff has done more than just contribute to the ongoing dialogue of Philadelphia street photography. He has documented the atmosphere of the city during a time of considerable transition through a true, democratic lens. If you’re not familiar with his work it is time you get acquainted. 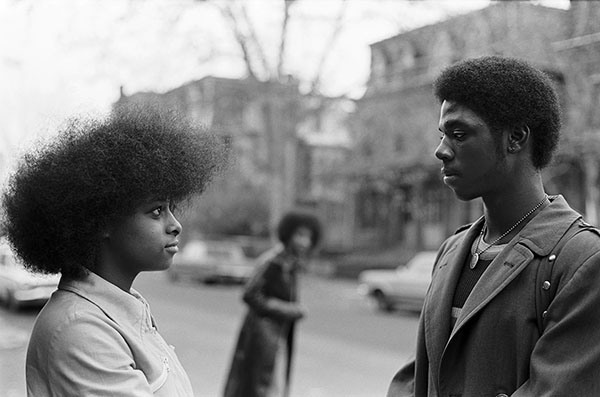 “West Philly Days” opens today with a reception from 5PM – 7PM and will be on view until October 29th.