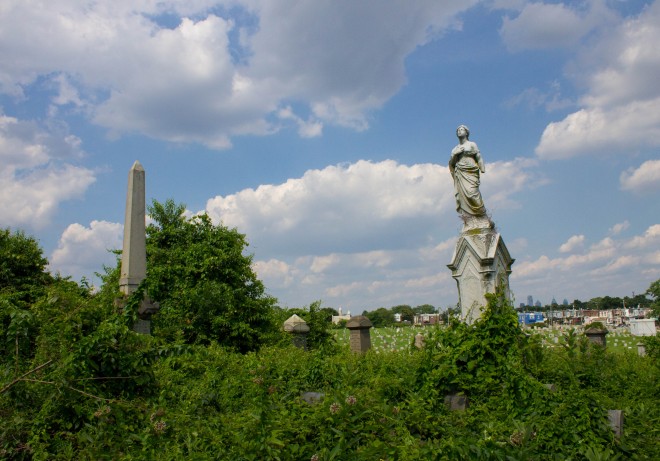 Mount Moriah, Pennsylvania’s largest cemetery, and one of Philadelphia’s more tragic examples of neglect, is now under new management. The Mount Moriah Cemetery Preservation Corporation has taken over authority of the historic, 380-acre graveyard. An Orphans Court hearing on Thursday transferred management to the non-profit after dissolving the 159-year-old Mount Moriah Cemetery Association.

Horatio Jones, the last officer of the association on record, died in 2004. The last employee of Mount Moriah deserted the post in 2011. Despite the devoted efforts of Friends of Mount Moriah, a non-profit volunteer group that works to maintain the grounds of the cemetery, the state of the gatehouse, administrative building, and grave architecture suggests that it had been neglected by management for decades. With no known owner, Mount Moriah has been trapped in legal limbo. The ruling, in the Orphans’ Court Division of the Court of Common Pleas, to dissolve the former association and grant management rights to the Mount Moriah Cemetery Preservation Corporation transfers all assets and responsibility of the cemetery into the hands of the non-profit. 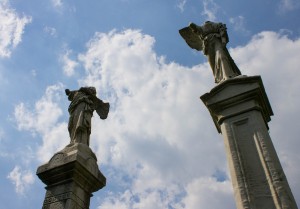 “I think we see it as the first step to a long process that’s going to take a lot of work and dedication,” said Brian Abernathy, executive director of the Philadelphia Redevelopment Authority. Abernathy explained that the ruling gives the MMCPC control of the assets of Mount Moriah but will not affect the legal rights of plot owners.

Moreover, though the MMCPC will manage Mount Moriah, the court, which assumed  legal control of the cemetery in 2011, will still maintain ownership. He said developing a long-term plan for the future and fundraising can now begin. “We’ve had some initial conversations with some of the foundations and I expect those conversations to continue. Given the size of the project, fundraising will be key,” said Abernathy.

At the time of the hearing the former association had only $20,000 in operational and perpetual-care funds.

Another challenge will be figuring out where people are buried. The city managed to retrieve burial records from the decaying administrative building in 2010 but the poor condition of the cemetery will make locating graves a challenge.

Hidden City gives occasional tours of the partially overgrown burial ground and published this story in 2013 about the Friends of Mount Moriah, the non-profit group of volunteers that have been cleaning and maintaining the cemetery for the last three years.

“The Friends of Mount Moriah are still very much involved,” said Abernathy. “They’ll still be handling the maintenance. Their manpower on the records has been awesome.”