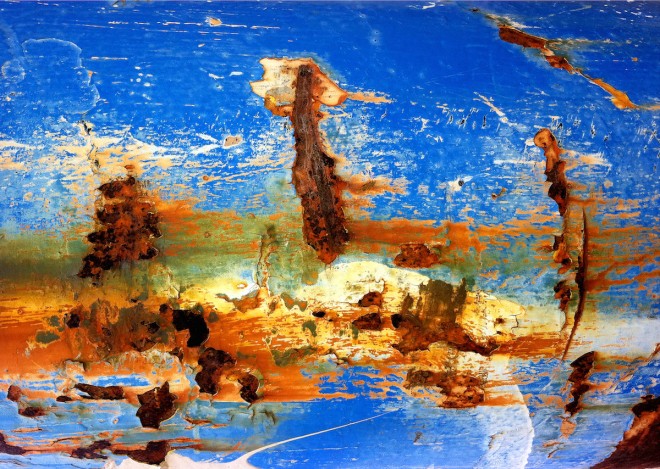 This Sunday Gravy Studios & Gallery and The Art Department Workshop are hosting a walking photography tour of Kensington. Led by Gravy Studio’s September featured artists Mashiul Chowdhury and Joelito Gamalinda, the group will stop to discuss the decaying urban elements that inform two artists’ work while scanning the rough-hewn landscape for conversation and photographic inspiration.

“We are looking for any wall, sign post, newspaper box, rusted car, or signage that we can see the layers from age and actual change of industry throughout the years,” says Katie Tackman, co-conspirator of Gravy Studios. “Mashiul and Joselito will be showing people how they compose an image and what they look for. I think we will get a wide range of photos from the walk because each person will create their own little vignettes.” 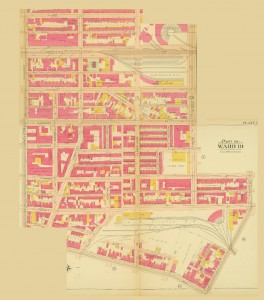 Using an old Philadelphia atlas from 1904 of the 18th, 19th, & 31st Wards, Tackman and the Gravy team will attempt to give their guests a sense of what the neighborhood’s built environment was like a century ago. With Kensington on the cusp of renewal, the tour is as much of a photo hunt as it is an informal history lesson and discussion about the possible future. “A lot of these warehouses have a long history that tell the story of who lived and worked here when it was a thriving area,” says Tackman. “Hopefully the tour will show people how Kensington is going through a kind of revival with all the new businesses emerging.”

The building that houses Gravy Studios & Gallery holds a unique history of it’s own. Originally Columbia Works, a manufacturer of power looms and school desks, the warehouse at 155 Cecil B. Moore Avenue was also occupied by Eagle Bolt Works, a leather tooling business, and at one point a paper box factory. “The original owner’s name, W.P Uhlinger, is still on the outside of the building,” says Tackman.

Tackman, Emma Stern, and Benjamin Riley, all Drexel photography program grads, founded Gravy Studios in 2011. Motivated by a desire to both build a community and share other ideas with other photographers, they set out to create a space for the up and coming to show their work. “While we love going to the few photo galleries that do exist in city, we felt a disconnect between where we were at as photographers and the ability to experiment with different shooting and printing techniques,” explains Tackman.

The studio has space to work and shoot, along with a gallery devoted to a monthly rotation of exhibitions. More like a laid back collective than a profit-driven gallery, Gravy strives to be a place where artists can be themselves and anyone off the street can come into a gallery showing and feel at home. “We work with our artists collaboratively to curate and install the show. This is a way that we keep the artists in charge of their viewpoint and how they want to portray themselves,” says Tackman. “We also want our shows to feel accessible to everyone. Easy and a kind of casual vibe.” 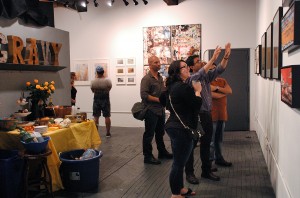 This summer Gravy hosted a month long love letter to the New Jersey Pine Barrens featuring photography by Kaitlin Mosley and Sarah Puleo and screenings of David Kessler’s haunting nature film project, “The Pine Barrens,” with a live soundtrack performance by The Ruins of Friendship Orchestra in their backyard. The show proved to be both a curatorial and community-building success.

With the addition of new members Albert Yee, Eric Ashleigh, and Eric Zrinsky and a steady line up of monthly shows in the works, the small collective behind Gravy is beginning to blossom. “Working collaboratively is one of the best things about Philly art scene because it always ends up creating amazing projects and events,” says Tackman. “We hope to do more events like The Pine Barrens and the Kensington Photo Walk to get a dialogue going about the work that we show and interact more with the community.”

The Kensington Photo Walk walk is on Sunday, September 28th from 4-7pm.

Tickets are $10 at the door or you can purchase them online HERE.