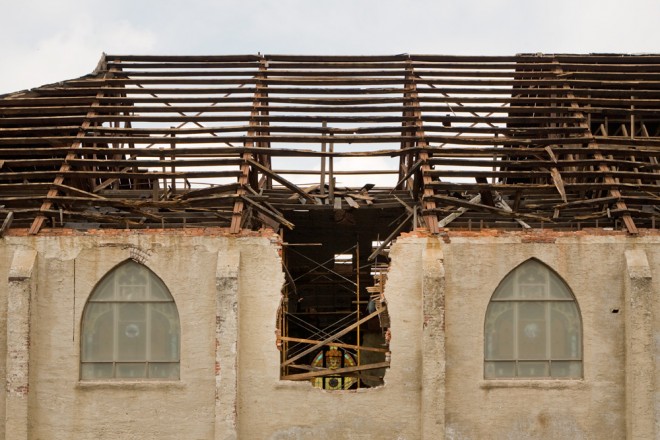 Takin’ it from the top | Photo: Bradley Maule

The old familiar ditty about the demolition of historic houses of worship goes something like, “we once had a great consecration, which begat a large congregation, but then folks moved out, leaving future in doubt, and we succumbed under gentrification.” The lyrics change from neighborhood to neighborhood and often vary on denomination, but the case of Nazarene Baptist Church carries a different tune.

The African American congregation has called Nicetown home since 1896, when Virginia transplant Reverend George Russell started organizing prayer meetings at his home at 3952 Nice Street. The Baptist meetings became revivals and they needed more room, so they used the facilities of Ponemans Hall just down Germantown Avenue until they were able to build the First Colonial Baptist Mission at 4036 Nice Street. In 1911, they received a charter from the Commonwealth of Pennsylvania, formalizing their 15-year-old ministry as the Nazarene Baptist Church of Nicetown. 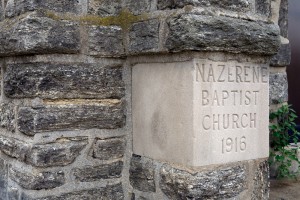 In 1915, the growing parish purchased the lot on the southwest corner of Nice and Lycoming Streets, and they laid the cornerstone for a grand new church the following November. The architect is unknown, but the building’s composition includes a Wissahickon schist skin with tall gothic windows, a tower on the corner, and stained glass transoms over the entrances. An African American man named Joseph Trent directed its construction, and Nazarene is recognized as the first minority congregation to build its own edifice in Nicetown. The church was dedicated in 1917 and the mortgage paid off in 1923, after which they purchased and inherited additional land for retreats and retirement in Bucks County and South Jersey.

When current Pastor Marshall Williams came on board in 1984, he expanded Nazarene’s outreach and wanted to modernize facilities under a single roof, and rallied support to do so amongst the congregation. In time for their 100th anniversary, Nazarene moved into their current facility on the corner of Germantown Avenue and Lycoming Street in 1996.

Since then, use of the circa-1917 church’s offices and storage space has gradually dwindled, and in March of this year, a permit was pulled for the demolition of the 97-year-old building. Kevin Brooks Salvage, the salvage/demo wing of Found Matter, is handling the demolition. Their Instagram account has a small handful of photos of Nazarene’s interior HERE.

Nazarene Baptist Church has an extensive history of their congregation HERE. 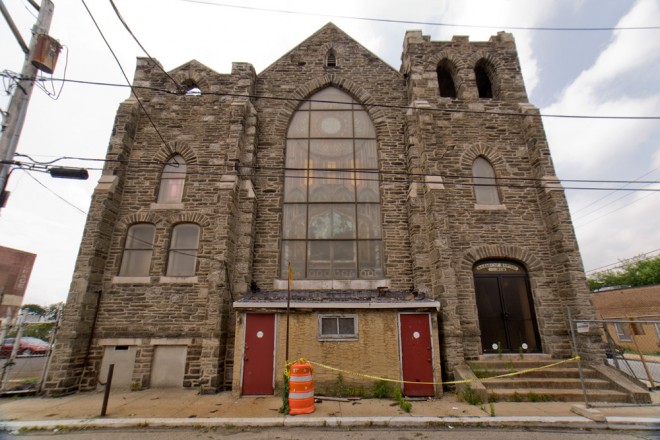 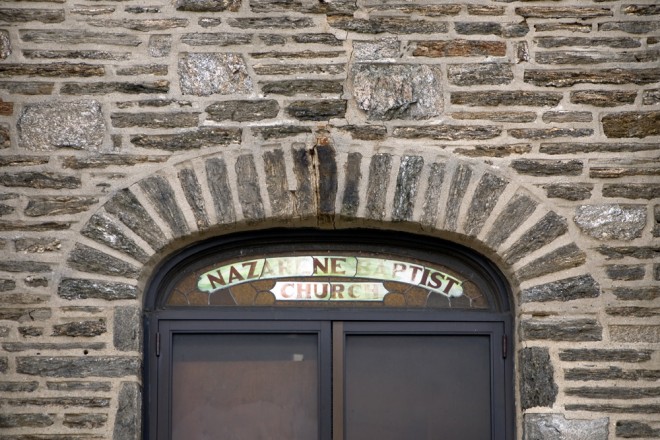 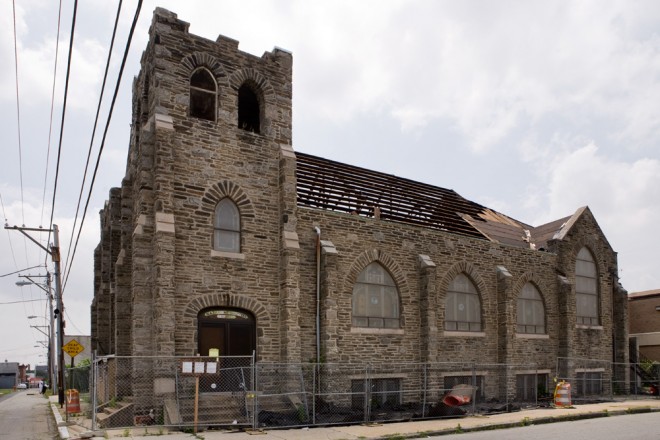