The Best Little Wigwam In Kensington 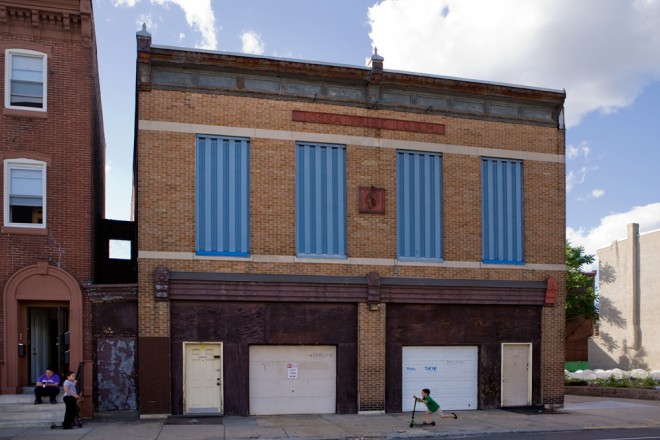 On the 2800 block of Frankford Avenue next to a small community garden in Kensington stands a building that doesn’t seem too unusual—scale typical of the neighborhood, some late-addition garade doors—and then you look closely. The façade of the otherwise unassuming structure dons a plaque depicting the profile of a Native American with a feather headdress and an emblazonment that reads “Ioska Tribe I.O.R.M.” 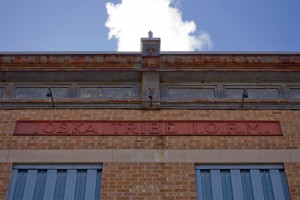 The I.O.R.M. took on an extensive metaphorical nomenclature using somewhat clichéd Indian-themed words for pretty much everything. Lodge houses/halls were known as “Wigwams”, neophyte members were called “Pale-faces”, a year was called a “Great Sun”, an individual chapter was called a “Tribe.” You know, a tribute in the same manner “Washington Redskins” is a tribute.

The organization grew rapidly as a fraternal club for working and middle class men across America. At its height in the 1920s, the organization boasted 500,000 members with tribes in 46 states.

In Philadelphia of the early 1920s, there were dozens of active tribes. One of these, called “Ioska” after the Ojibwe word used to describe moonlight on water (the literal translation is “water of light”), was itching to have its own Wigwam. The club’s Chief, an immigrant weaver named William M. Rees, arranged the purchase of a triple-wide lot at 2852-54-56 Frankford Avenue, the partial estate of businessman John Laughlin.

By February 1922, architect Karl F. Otto was commissioned to design the Ioska Tribe’s Wigwam on the property. This Wigwam would double as both a meeting hall and a commercial space. The first floor would be made up of two storefronts while the Wigwam itself would take up the second floor, accessed by an alley on the building’s southern side. The second floor, with large windows on the northern, western, and eastern sides, was to be imbued with sunlight throughout the day. 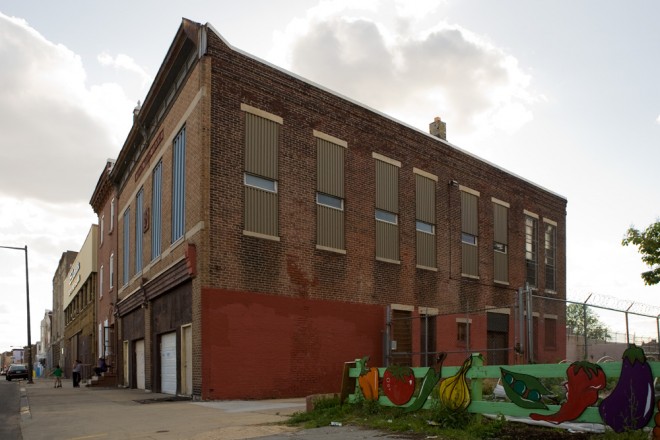 Pretty good light for the north side of the building, especially now that it faces a community garden | Photo: Bradley Maule

Construction began in the middle of 1922 and had begun hosting Councils (meetings) of the Ioska Tribe by the end of the same year. In 1924, a series of garages was added to the northern and southern sides of the Wigwam’s remaining property, which extended 281 feet to Emerald Street. 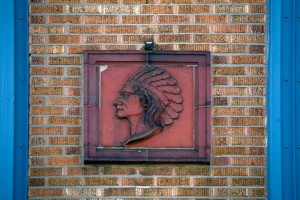 Though the tribe disbanded, ownership of the property still belonged to the name “Ioska Tribe,” under the care of one Charles T. Palmer, until 1969. During this time, they leased the building out for various uses. The first, a Jewish private school called The Frankford School, opened in 1927. This school utilized every inch of the building, holding classes for 200 pupils. By the 1930s, the old Wigwam part of the building on the second floor was rented out as your typical meeting hall/event space while the ground floor storefront held the Northeast Printing Service.

In 1970, the building was purchased by William Hamada of Hamada Inc, a sheet metal and roofing company that moved to an industrial space down the block in 1961 and was incrementally expanding into every building nearby. Later that year, they demolished some of the old garages to make space to combine their Frankford Ave and Emerald Street properties into one large complex. Now called Hamada Roofing, this family-owned and operated company still owns and uses Ioska Tribe’s Wigwam.

The Improved Order of Red Men is still in operation today. Their national office, which includes a museum and library, is located in Waco, Texas. Their website lists four active tribes still operating in Philadelphia. The Crow Tribe No. 423 maintains a Wigwam at 1433 Jackson Street. Many former Red Men buildings still stand, the most impressive being the Carl P. Berger-designed Pyramid Temple at 1521-23 West Girard, which was briefly the organization’s national office.