The Blue Window Building, Inside & Out 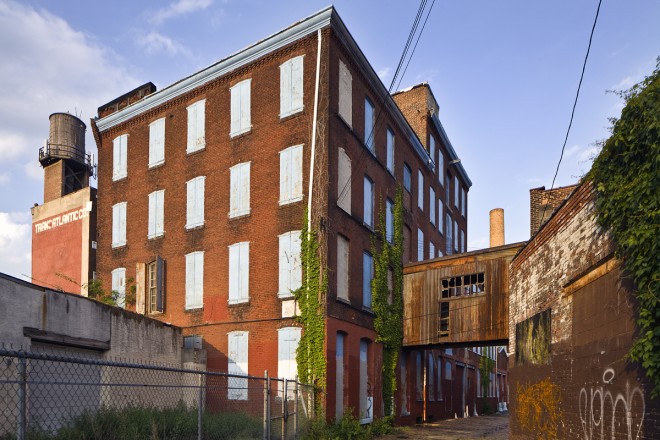 There isn’t a boarded up building in Philadelphia that looks more handsome than the former patent medicine factory on Fairmount between Fourth and Fifth Street. Some of the windows are covered in plywood, others by the original metal shutters, but all of them have been painted the same sky blue. We’re not sure why the Trans-Atlantic Company started painting them this shade but the color really sings next to the red brick, with a blue sky and a few fluffy white clouds in the background. The building’s wooden water tower and covered pedestrian walkway between buildings over Wallace Street make the scene even more picturesque.

The Trans-Atlantic Co. (TACO), a maker of hardware for doors–locks, hinges, push-bars and the like–occupied the building from 1951 until last year. The building functioned as a warehouse, with the actual manufacturing contracted out, most recently to firms in China. The company did have a machinist on premises, though, a man in his seventies with an Eastern European accent. He worked making lock prototypes and held patents for a number of his designs.

If only Trans-Atlantic hadn’t painted over their marvelous yellow hand-painted sign. Underneath that advertisement were faded white block letters reading “Henry K. Wampole, Manufacturing Chemists” that could just be made out. Harry Kyriakodis explored the history of Wampole–best known for its cod-liver oil–and tiny Wallace Street in general on Thursday in the latest installment of his Encyclopedia.

Trans-Atlantic was one of the very last industrial concerns left in Northern Liberties. Now developers plan to convert the building into 48 apartments. When they do, they’ll be preserving a historic factory building in a neighborhood where so many have been demolished, but they’ll be making it a little less colorful in more ways than one. 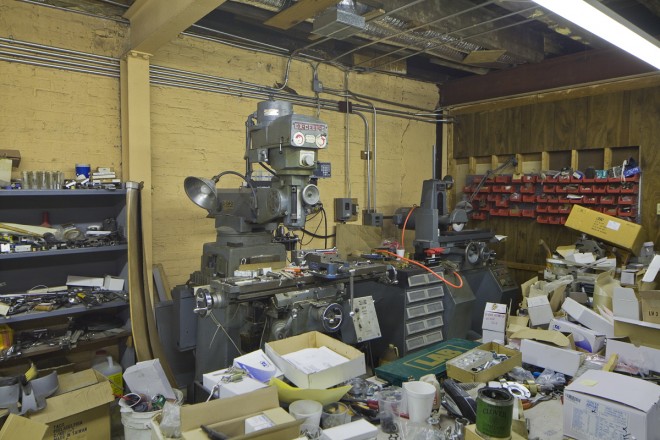 The workshop of an older gentleman of Eastern European extraction. The man held several patents for his lock designs. | Photo: Peter Woodall 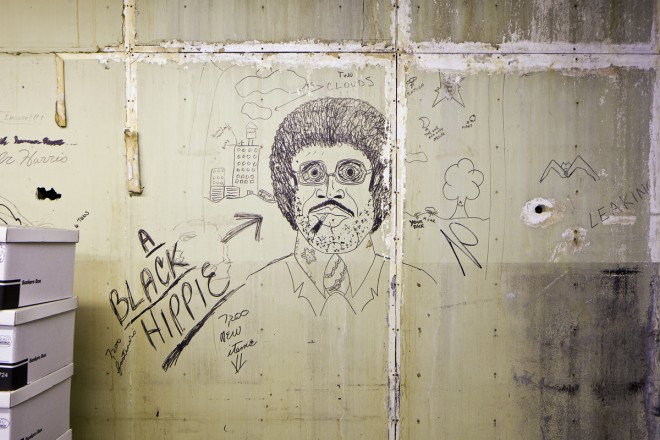 Worker graffiti. Notice a drawing of the Trans-Atlantic building to the left of the face | Photo: Peter Woodall 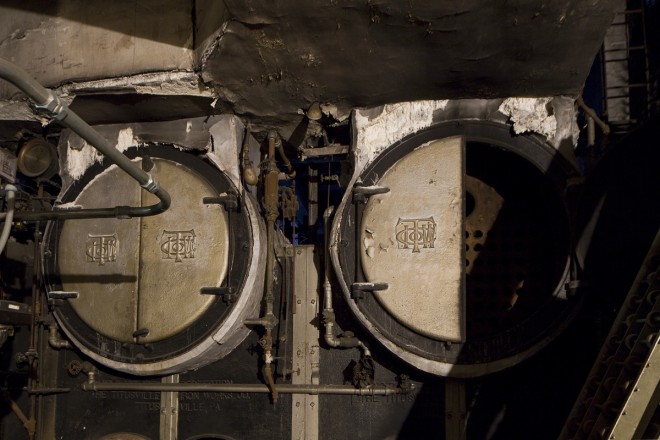 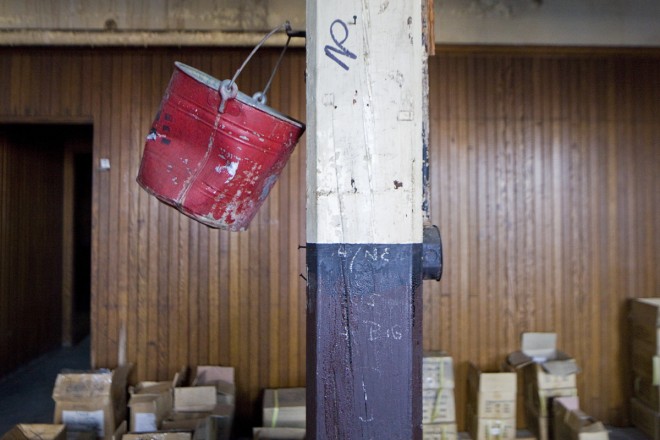 A fire bucket. There once would have been dozens of them filled with sand throughout the building. | Photo: Peter Woodall