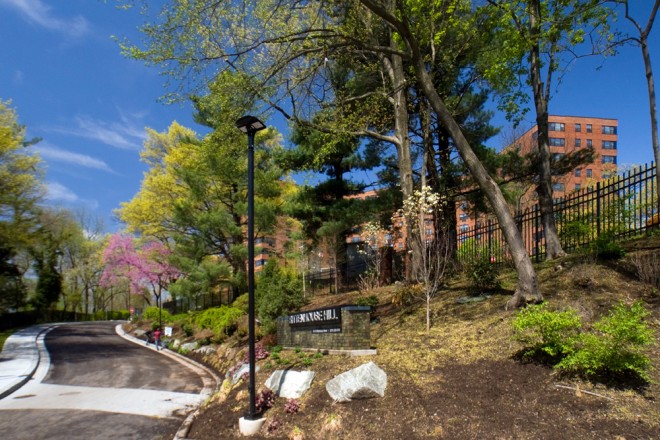 “The word ‘gentrification’ is a word I’ve always hated.” That’s how moderator Alan Greenberger, Philadelphia’s deputy mayor for economic development and director of commerce, introduced the forum held on Saturday, April 26, titled “The Big G” and subtitled “Gentrification in Germantown: How it Works and for Whom.” After about two-and-a-half hours listening to Greenberger and the four panelists discuss the issue, jumping from topic to topic like grasshoppers, it was difficult not to dislike panel discussions as much as Greenberger dislikes the word “gentrification.” That’s not a knock on the participants but on the inadequacy of a using the panel discussion format to dig into a subject like gentrification, a subject of multiple facets, many existing on the macro level; which looks different in different places; which brings out the often contradictory desires of people who are faced with it.

The forum was hosted at the Mastery Charter School at 5700 Wayne Avenue in Germantown, a pertinent site given the panelists’ agreement on the role of schools when it comes to people deciding where to live—and due to its location a mere two blocks from Rittenhouse Hill. The just-completed upscale renovation of twin 12-story residential towers opened in 1950 as Park Drive Manor Apartments comes from Post Brothers, the company owned by brothers Matthew and Michael Pestronk, noted object of union protests at their Goldtex construction site in Callowhill. While one of the panelists qualified her reference to “rich developers” by saying, “not all developers are rich, and not all developers are bad,” and while Germantown, with its many vacant lots and rundown properties, doesn’t quite fit the description “gentrified,” the Pestronks’ investment in Rittenhouse Hill and other area properties displays their sense that Germantown has “potential”—essentially the prerequisite for gentrification. Matthew Pestronk asserted this unequivocally during a phone call the day before the forum. 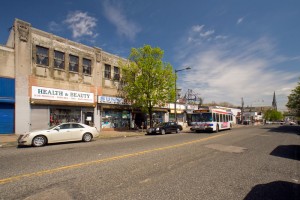 Rittenhouse Hill counts proximity to regional rail among its amenities. The closest stop, Chelten Avenue, represents one of Germantown’s primary arteries (Germantown Avenue the other); as yet, it’s difficult to detect the forces of gentrification on Chelten Avenue | Photo: Bradley Maule

“[Germantown] is a desirable place for middle income people,” Pestronk pointed out. “It’s very attractive.” That section of Northwest Philadelphia offers a “tremendous opportunity” when it comes to renovations, explained Pestronk. “All there are are these old buildings that haven’t had any money put into them in 30 or 50 years. We thought, why don’t we start buying them and raising the rents?”

Rittenhouse Hill now includes exercise rooms where residents can take classes for free. The large back courtyard has a basketball/tennis court, a bocce court, an infinity pool, a hot tub, a small playground, and not one but two dog runs (one each for large and small pooches). Studios start at $895 a month, one bedrooms at $1,245, two bedrooms at $1,695, with rents for each going up by about $150 depending on, say, the quality of the views.

The rents are now double what they had been before the renovation, said Pestronk. “The area is totally undervalued.” Rittenhouse Hill is more than 80 percent leased.

The brothers started targeting the neighborhood around 2006. “We felt it was not so competitive,” explained Pestronk. “There weren’t a ton of other developers focusing on the market.” He believes the time is ripe: “Germantown, specifically in the area where Rittenhouse Hill is located, 10 or 15 years ago did not feel like it feels today.”

That sentiment brings us back to “The Big G” community forum, where the panelists touched on many of the same points made by Pestronk, but from a different perspective. For example, panelist Betty Turner, co-founder and president of Germantown Community Connection, noted that Germantown’s “older architecture attracts developers”—but she said it with a note of dismay. She also observed that some terms are relative: “‘Affordable’ doesn’t always mean affordable.”

To be clear, no real data was presented at the forum to show that Germantown actually is gentrifying, and indeed, one neighborhood real estate professional sees little evidence of it. Katey McGrath, director of operations at Elfant Wissahickon and a self-described “proud Germantowner,” notes that any increases in rents and housing prices are proportionate to other areas of Philadelphia. Nonetheless, the people in attendance at the forum were clearly concerned about what happens when an area is undervalued, as the Pestronks consider Germantown to be. The forum’s keynote speaker and panelist Colvin Grannum, president and CEO of the Bedford Stuyvesant Restoration Corporation, addressed who gets displaced when rents and housing prices go up, as they did so sharply in central Brooklyn. “It depends on where you are on the economic spectrum,” he said. “Gentrification does not impose suffering solely on the basis of race.” He noted that African American professionals and members of the creative class were doing well there. 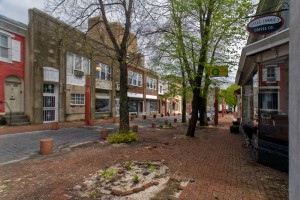 All eyes are on Maplewood Mall which, half a block east of thoroughfare Chelten Avenue, is the subject of a $2.2M makeover initiative from Councilwoman Cindy Bass’ office; Little Jimmies Bakery and Cafe opened their second location here two months ago | Photo: Bradley Maule

And yet, wealth is intertwined with race, with Grannum noting that, generally, blacks get displaced because power tends to be concentrated in the hands of whites. And when he was asked about the impassioned anti-gentrification argument that Spike Lee delivered in February—Lee essentially drowned out a questioner positing that there’s “another side” to gentrification when, for example, the value of a longtime homeowner’s property increases many times over—Grannum said, “the substance of what he said was on point,” adding that Lee was “really focused on the cultural dimension.”

During one tangent of the discussion, the panelists seemed to come to these conclusions: Schools are important, commercial corridors much less so.

Regarding the first point, panelist Stephen Mullin, president and principal of Econsult Solutions, put it bluntly: “I’m a big believer that white parents will not send their kids to schools that are predominantly black.” Grannum noted that in Brooklyn, people buy a $1 million or $2 million house, “but they’ve already budgeted in for private school.” In other words, gentrification still often leaves the schools segregated and low-performing. In the case of a neighborhood like Germantown, which doesn’t have newly prestigious Brooklyn’s ability to draw the affluent despite unpromising schools, the lack of solid schools will likely hinder the onslaught of full-fledged gentrification.

Regarding the second point: Although community development corporations often focus on attracting businesses to their neighborhoods, “gentrification is not likely to happen just because of commercial corridor revitalization,” Grannum asserted. “In Brooklyn, the commercial corridor lagged a decade behind residential growth.” Businesses first want to make sure the foot traffic exists.

Mullin agreed: “Having 20 more stores just does not work.”

In Greenberger’s opening remarks, he emphasized the point that “change in urban neighborhoods is inevitable”—an observation that was echoed repeatedly, for example by Mullin: “The notion of stability of neighborhoods is dangerous because it doesn’t exist.” The recurring theme, inevitable change, received nods of approval from the other panelists, then was often ignored as audience members’ written questions and even some panelists’ remarks kept circling back to the issue of how to keep the neighborhood the same. Which leads right back to Spike Lee’s comments.

It might be worth reproducing part of an “Ask a Native New Yorker” column written by Gothamist publisher Jake Dobkin. As with the doesn’t-fit-quite-right choice of having Grannum, of Brooklyn, as the keynote speaker on a panel about Germantown, Dobkin’s perspective won’t align perfectly with Philadelphia. Nevertheless, he wrote: “All New Yorkers are gentrifiers. Say you’re of Jewish extraction: your forebears gentrified some Irish right out of [the Lower East Side] around the turn of the century… Some neighborhoods, like [Brooklyn’s] Fort Greene, have been gentrified, degentrified, and regentrified, and will be again at some point in the future.”

After all, Grannum admitted, “Successful examples of controlling gentrification are hard to find.” 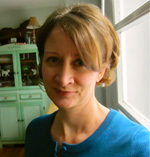