From Copper Scrappers To Table Scrapping at Frankford & Lehigh 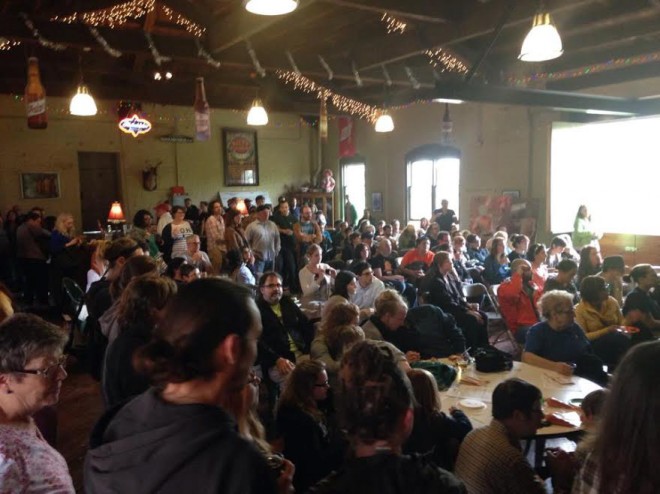 The race to the lease signing between co-ops North and South is over, and again the North has won. After years of dedication and membership fundraising, Kensington Community Food Co-op announced on Sunday the signing of a lease with an option to purchase the building at 2672 Coral Street, formerly known as O’Reilly’s Pub. Including the parking lot and grassy knoll behind it, KCFC now has a brick-and-mortar space on the southwest corner of Frankford and Lehigh Avenues.

“There are many reasons why this site is ideal,” said co-op founder Lena Helen. “To begin, traffic and visibility are great, while the location maintains a connection to our core member-owner base. I love the history the building and the surrounding area holds. Reviving some of that history is going to be a lot of fun.”

This stretch of Frankford Avenue has seen an influx of young business over the past decade with Rocket Cat Café, Atlantis the Lost Bar, Little Baby’s Ice Cream, and Pizza Brain. KCFC’s location is the farthest north, though, in a neighborhood where formalized grocery stores and healthy food are scarce. Civic leader Jeff Carpineta, who works for Philadelphia-based Solo Realty, led the effort to find the space and secure the deal. “What we want people to do now is to flow around Frankford Ave, and begin to explore Front Street,” he said. 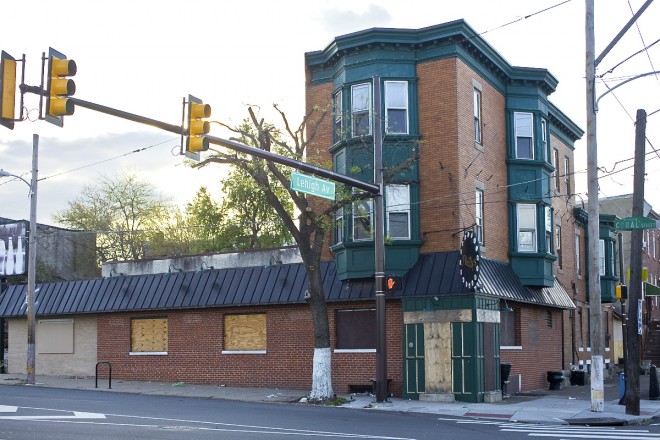 In recent years, the Coral Street building’s history has been a tough one. O’Reilly’s Pub closed in 2012, and in its vacancy, scrappers gutted the building, slicing through walls to remove parts of the kitchen. Prior to O’Reilly’s, the space was a bar named Shannon’s. But from pub to co-op, this corner has a history of bringing people together.  When asked what the food co-op’s storefront will do for the neighborhood, founder Lena Helen said, “these are the postmodern, postindustrial questions—‘What can we do to fix this mess?! Will our efforts make a difference?’ We are not a starry-eyed people. We know the hazards, we see the corruption, we see the decay, and we are all affected. I don’t have a sweeping answer. But I can affirm that without a doubt, cooperatives build community, cooperatives build democracy, cooperatives ensure local co-ownership and—the profits—all of the profits stay.”

KCFC was founded in 2008 by a small group of neighbors who wanted accessible, local, fresh and organic foods at fair prices. Through grants and research, they developed a market analysis plan, hosted outreach events at Greensgrow Farms, drafted bylaws, became state access card eligible, launched the bimonthly Marketplace for non-perishable grains and local produce, and recruited over 400 members.

But Sunday’s announcement is not the end of KCFC’s journey. While the lease was signed April 14th, the organization still needs nearly 850 members to begin construction; they currently have 412. Other established food co-ops in the city, including Weavers Way in Mt. Airy and Mariposa in West Philadelphia, have enriched growing communities of families and eco-minded residents with a stable offering of “close to earth” foods as well as a gathering place for the entire community. Both of these co-ops have supported KCFC’s journey to find a location.

“It’s a different economy,” said Carpineta. “It’s a different process in that in the normal world, people say, ‘Well, they’re gonna open a grocery store,’ but this is a shift in the thinking, a shift from the ‘they’ to the ‘we,’” he continued, “As a community, we’ve stood up and said ‘let’s do this.’” 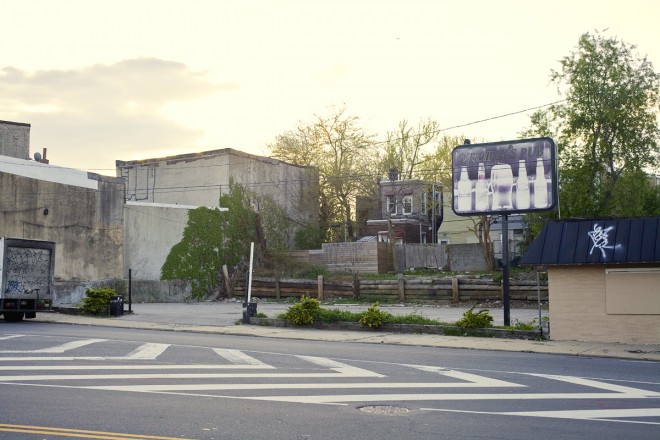 The corner property at Frankford & Girard includes the lot behind it | Photo: Peter Woodall

At the very least, KCFC’s newly-hired membership coordinator will support the effort to include both longtime and newer Kensington residents, but the group is also inspired by low income food access programs such as Brattleboro (VT) Food Co-op’s Food for All program. The store will also accept WIC and SNAP. “The co-op gets to be a fulcrum between different demographics,” said Carpineta. “We’ve tried to seat ourselves geographically so that we can really serve all the communities that are around us.”

In the wake of postindustrial textile mill fires and battles to keep scrappers out of vacant buildings, KCFC’s site will diffuse further destruction of its immediate building and serve as eyes on the street for neighbors. “We’re in a neighborhood where care and destruction are matched, and we must do all we can so that care will win out,” said Carpineta. “It has room for 30 to 40 people to gather together. There is demand for a place that can be a meeting ground to foster togetherness and to fight the good fight in the neighborhood, and this is gonna be it.”

Construction on the site could begin as soon as 2015. The vision includes a paid staff so that members do not have to work, though there will be a work-member option.

The choice of a location of KCFC’s younger, Southern neighbor, the South Philly Food Co-op, remains to be made. While South Philly has reached its own 400-member goal, it still needs more members before finalizing the planning stage, choosing a site, and beginning construction.