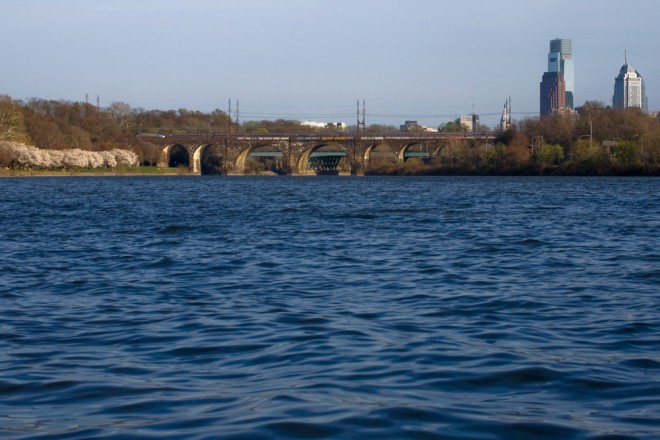 View from the short-lived (but soon to be replaced) dragon boat dock, a sightline where a pedestrian bridge is proposed over the Schuylkill River | Photo: Bradley Maule

A few weeks ago, I went for the longest hike I’ve ever taken in a city: roughly 11 miles, from Mt Airy to Center City, and wholly within Fairmount Park. Between Carpenter’s Woods and the Race Street access to the Schuylkill Banks, I crossed traffic exactly twice: once at Ridge Avenue to leave the Wissahickon for Kelly Drive, and again on Falls Bridge to get to Martin Luther King Drive, where traffic was blocked off for Sunday. On a picture perfect spring day like that with cherries and dogwoods in full blossom, you’d have to be a crank not to love your park.

With a full slate of events spanning parks across the city, Love Your Park Week 2014 has given residents extra incentive to get into their neighborhood parks, from cleanups to picnics to Ted-inspired talks on Philly parks (which this writer participated in on Monday); it continues on this rainy Friday and through the weekend.

Love Your Park Week, the annual collaboration between the nonprofit Fairmount Park Conservancy and the city’s Department of Parks & Recreation, is effectively a shrewdly timed awareness campaign meant to maximize spring beauty and spring cleaning momentum—and get people excited about the incredible asset Philadelphia still has despite decades of underfunding. As Chris Matthews, who recently emceed the Conservancy’s annual Centennial Dinner and fundraiser, put it on his show’s closing segment last week, “the need for outdoor fun and a few hours of beauty is more vital than ever, more of a human need,” specifically referencing the need for parks in underserved neighborhoods like his native Hunting Park—where yesterday as part of the festival Billie Jean King was on hand to dedicate new tennis courts. 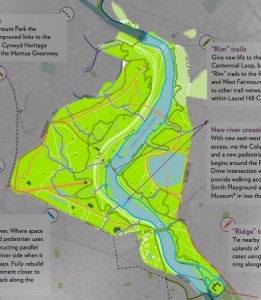 Trails to the future | Trail plan via The New Fairmount Park

The sentiment behind Love Your Park drove a year’s worth of planning and community engagement led by PennPraxis for the City’s Department of Parks & Recreation and the Conservancy. The result was a new park master plan, which was unveiled by Mayor Michael Nutter, Parks Commissioner Mike DiBerardinis, Conservancy Executive Director Kathryn Ott Lovell, and PennPraxis Executive Director Harris Steinberg to a huge crowd this week at Smith Memorial Playhouse in Fairmount Park. Titled The New Fairmount Park, the master plan’s central theme was connection: providing East and West Parks’ adjacent neighborhoods—Parkside, Wynnefield Heights, Brewerytown, and Strawberry Mansion with bona fide connections that they’ve never had into the park, reconnecting streams and runs to the larger bodies of water they feed after centuries of human interruption, connecting trails with trails. Of the latter, old trails will be improved, and several new trails will be built, taking advantage of both natural and manmade rights-of-way—hiking trails alongside streams and biking trails on the old trolley bed, for example.

Being a master plan, it has big expensive long term components that will immediately scare off skeptics. Striking a large section of Belmont Avenue and building an altogether new pedestrian bridge over the Schuylkill River will without question draw scrutiny, and the words “redesign I-76” alone may induce panic. But the Expressway is set to be rebuilt anyway, and where say I-95 presents an impossible barrier to the Delaware Riverfront (the planned billion dollar cap notwithstanding), Kelly Drive is a much easier, and more importantly much cheaper, barrier to overcome to bring its neighboring North Philly neighborhoods down to the Schuylkill River.

But The New Fairmount Park, directed by PennPraxis’ Harris Steinberg and Andrew Goodman, smartly breaks the plan into short-term and long-term visions. The short-term items are the obvious, sensible starting points—accessible, actionable projects, many of which can draw from existing state and federal funds.

The thorough report, in the form of a 51-page, interactive PDF is HERE. Spending some time with it is highly recommended. Ambitious big-vision goals aside, many of the first steps are no-brainers, early action steps that could improve Fairmount Park overnight, including: 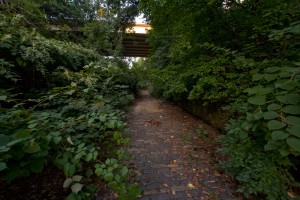 You’d never know it, but a cobblestone path currently leads from Glendinning Rock Garden at Kelly Drive back under 33rd Street, where a simple at-grade railroad crossing could provide Brewerytown with a signature gateway into Fairmount Park | Photo: Bradley Maule