Transformation Fit For A Queen (Village)

“This has been our neighborhood forever, this is our life,” says Jordan Fetfatzes, 36, the owner of the Bainbridge Street Barrel House, a bar and restaurant with an extensive beer menu, at the corner of Sixth and Bainbridge Streets. “We’re huge fans of our city.”

In fact, the Fetfatzes family, Bella Vista residents for 30 years, owns an increasing chunk of it, around the Barrel House, in Queen Village, where they’re converting the former Chevra B’nai Reuben, Anshe Sfard Synagogue into apartments, and on 11th Street in Bella Vista, where they own and operate Bella Vista Beer Distributors and Hawthorne’s, their fire-damaged restaurant now under reconstruction. 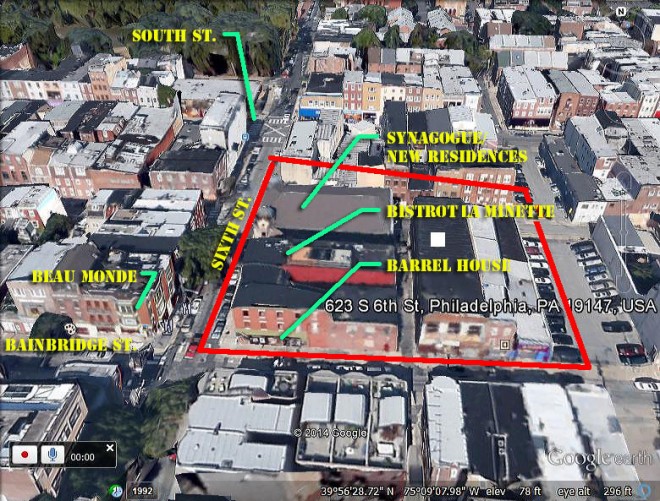 The Barrel House building was mostly vacant for about two decades until Fetfatzes purchased in 2011 for $1 million. The restaurant opened in late 2012. For much of the 20th century, the building housed Sam Gerson’s clothing shop–“Smart clothes for men.” Later, it was converted into an showroom for Norge appliances. The iconic yellow NORGE signed had remained on the building until 2007. “We could have taken this building and flipped it,” says Fetfatzes.

Instead, he ended up with a restaurant that’s enlivened a long-moribund corner just one block from South Street–a place he says is immersed in the neighborhood. “None of my employees need a bus schedule since they’re all local,” he says.

Fetfatzes made his next move after the Barrel House was completed. The synagogue, one door up Sixth Street from the Barrel House (with the restaurant Bistrot La Minette sandwiched in between), had been converted into an antiques mall in the 1980s. But the mall–Antiquarian’s Delight–had been in decline; the owners were looking to sell. They approached Fetfatzes, who agreed to purchase the property in 2012, for $1.1 million. 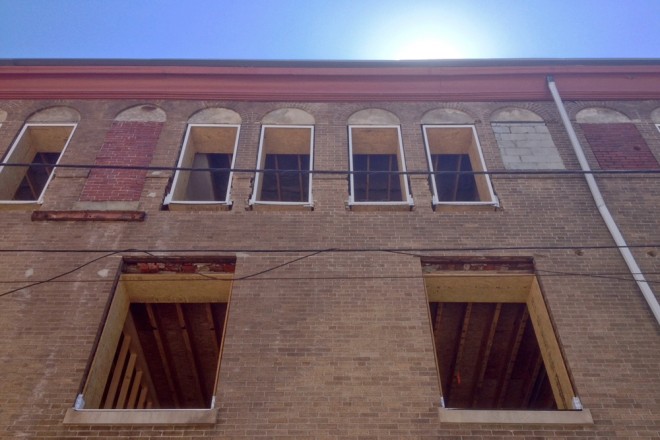 “It’s a once in a lifetime opportunity to work simultaneously with an historic synagogue building and the Barrel House building. We never had ideas of knocking it down because of the history and culture it affords,” Fetfatzes says of the baroque revival synagogue, built in 1904, “It was a huge anchor in its time.” Some 2,000 people attended the dedication in 1906. The congregation moved out in 1956.

Fetfatzes is converting the synagogue into 12 high-end residential rental units. He didn’t salvage the paintings of the Hebrew months and mazalot (zodiac signs) that once adorned the vaulted ceiling of the second floor sanctuary (Fetfatzes ignored our earlier requests to photograph the interior of the synagogue before demolition began), but the striking exterior is being restored. A new roof has been installed. Inside will be one and two bedroom rental units and a basement gym along with a management office for the growing roster of properties that the Fetfatzes family owns. They’re looking to have their certificate of occupancy by August.

The Barrel House and B’Nai Reuben conversion has put a point on the transformation of the corner of Sixth and Bainbridge, which began in 1998 with the opening of the crêperie Beau Monde, into a boisterous destination filled with outside tables and windows that open to the street. “You have to give full credit to Beau Monde,” says Fetfatzes. In addition to Beau Monde, Barrel House, and Bistrot La Minette, Divan Turkish restaurant keeps tables outside and Barrio-Neal, which makes hand crafted jewelry, draws customers from as far as New York and Washington, DC. “When everyone is outside partaking in the outdoor seating offered, it’s reminiscent of the Rittenhouse neighborhood but better, it’s here in Queen Village,” he says.

Still, the picture hasn’t always seemed so rosy in recent years. The harsh winter was tough on all the restaurants. At Bistrot La Minette, which opened in 2008, John Woolsey, the owner, says that construction of the Barrel House and the synagogue has had a negative effect on business. But, he adds, “it is nice to have the block improved bit-by-bit despite the short-term negative of the construction itself.”

The B’nai Reuben conversion also cost the Bistrot its elegant courtyard, a special space with lights strung from building to building, open to the summer night sky. It was part of the synagogue property. Brad Histand, the restaurant’s manager, says the courtyard, where they showed French movies, was a revenue producer. “There were many weeks when we sold out all three showings of a featured French movie last year, which lead to an extra 75 guests for the week,” he says. A new happy hour replaces some of the business. 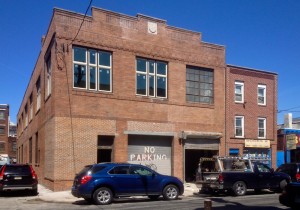 Despite the inconvenience, Histand is pleased by the transformation of the corner. “I believe development is necessary to make our area more of a destination rather then just being a neighborhood restaurant,” he says. On Bainbridge, a 1927 industrial building next door to the Barrel House is being converted into a 10,000 square foot private residence by the Northeast Philadelphia dentist Maxim Sverzhin Babiner. Down the block, the long-cursed southwest corner of Fifth and Bainbridge will become the next restaurant of Doug and Kelly Hagar, the owners of South Street’s Brauhaus Schmitz, according to Histand.

Both Woolsey and Fetfatzes would like to see the Bainbridge’s success bleed north to South Street, the long time Philadelphia destination that has proven somewhat resistant to the trend toward high end retail. “South Street will keep Queen Village from ever truly being what it can be,” says Fetfatzes. One of the problem is the plethora of absentee landlords, he believes, which makes it difficult to create a communal sense of momentum.

But Woolsey is more hopeful. He points to the opening last year of Serpico, just west of Sixth Street on South, as proof that the two divergent spaces can be bridged. “I think that it is more likely that Sixth Street is turning the corner, rather than South Street,” he says.