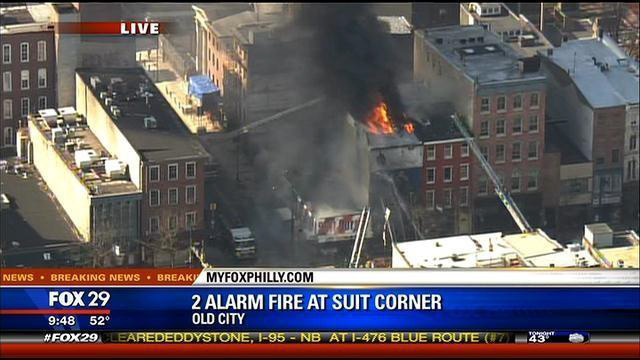 The dust from the partial collapse of the Shirt Corner’s demolition has barely settled, and this morning its colorful companion diagonal across Market Street went up in smoke. A two-alarm fire at the Suit Corner resulted in the injury of one fireman and the destruction of loads of merchandise.

Fox29, whose studio is just a block up Market Street, reported the fire live as it happened and spoke with an understandably emotional Gary Ginsberg, owner of the store. He told Fox29 that the section of the building that burned heavily contained a tailor shop and suits.

The Philadelphia Fire Department reported that the fire was contained at 10:43am.