In Lansdowne, Bringing A Moorish Movie Palace Back to Life 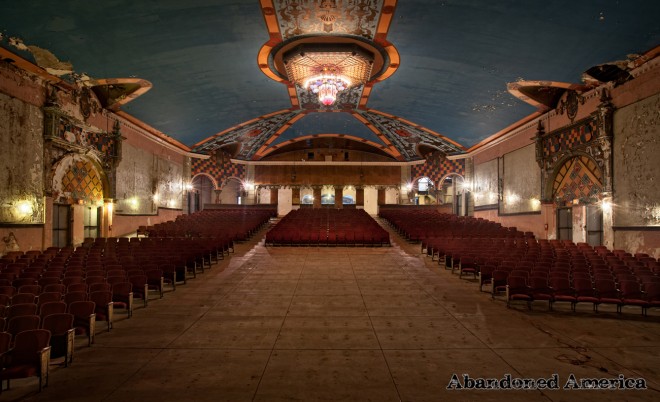 Restoring a movie palace is perhaps the most complicated process in historic preservation. It’s an arduous journey that often takes several decades–but it can be done. Just down I-95 in Wilmington, DE is one of the more remarkable success stories, the Queen Theater, which sat vacant for 50 years before reopening in 2011 as a venue for World Cafe Live.

By that standard, efforts to revive the Lansdowne Theater are moving along at a pretty good clip. The 1,358-seat theater located just a few miles over the Philadelphia city line opened in 1927 with a showing of “Knockout Reilly,” and closed 60 years later. The Historic Lansdowne Theater Corporation (HLTC) purchased it in 2007 with grant funds from the Pennsylvania Department of Community and Economic Development, stabilized the building, and attracted a cafe and a record store as tenants. A grant from the Delaware County Council paid for the restoration of the historic marquee, which was relit in 2012.

The Lansdowne took another step toward a full renovation earlier this month, when the Delaware County Council allocated $125,000 in Community Development Block Grant funds to restore then outdoor lobby, including the ticket booth, poster cases, stucco walls and exterior doors.

Restoring the indoor lobby and auditorium will be a far more costly challenge. Although the magnificent chandelier still lights up and much of the Hollywood Moorish-style decoration remains, there are damaged sections that will need to be restored or replaced entirely. In addition to this painstaking and expensive finish work, the auditorium will need to be converted into a concert hall with robust electrical and lighting systems. Schultz’s plan is to feature adult alternative, classic rock and singer-songwriters, envisioning something along the lines of the similarly-sized Keswick Theater in Glenside.

Much like the backers of the Queen, Schultz has pieced together funding from a variety of sources, including the National Endowment for the Arts, National Trust for Historic Preservation and the Pennsylvania Historical and Museum Commission. By far the largest chunk of money is a $4 million allocation by Commonwealth of Pennsylvania’s Redevelopment Capital Assistance Program, however that money must be matched in order to be awarded. Hundreds of area residents have also kicked in contributions that have helped pay for a preservation plan and architectural plans that will guide the restoration.

Schultz believes that a restored theater would become a destination for people who live out of town. And following that line of thinking, Schultz would like to expand the reach of his campaign beyond the confines of Lansdowne and the immediately surrounding area. 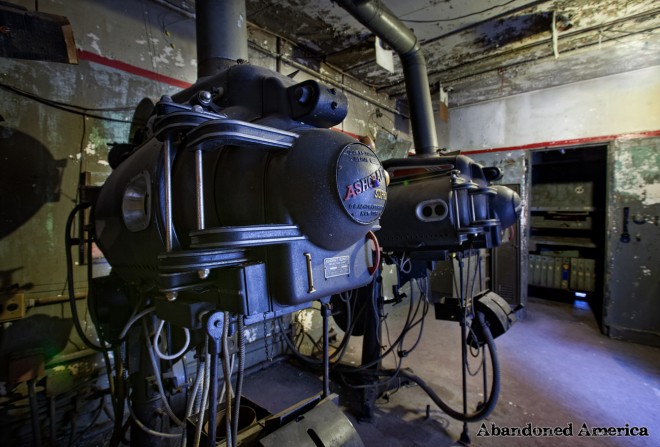 “We’re hoping that people who are interested in historic theaters, love live music and want to see one of the last of the great 1920s theaters in our area that remain largely intact restored and reopened,” said Schultz. “We welcome those who worked so hard to preserve The Boyd to join us in this effort. We’re 20 minutes by train from Center City and hope that music fans from throughout the region will support our capital campaign and return for concerts once the restoration is completed.”

The estimated cost for restoring the Lansdowne and converting it into a concert venue is $9 million, and the HLTC is $2 to $3 million from that goal, according to Schultz

To learn more about the project or make a contribution visit www. LansdowneTheater.org.

Matthew Christopher Matthew Christopher has had an interest in abandoned sites since he was a child, but started documenting them a decade ago while researching the decline of the state hospital system. His website, abandonedamerica.us, has gained international attention and is considered one of the leading collections of images of abandoned spaces on the internet. You can follow him on Facebook here.