A Golden Glow For The Inquirer’s Saffron 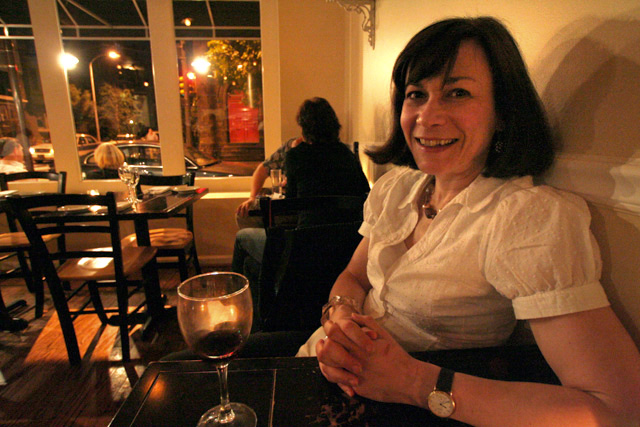 Raise your glass to the 2014 Pulitzer Prize winner for criticism | Photo: Bradley Maule

From my earliest road trips with my parents to the Midwest to visit my grandma, I can vividly remember driving through, of all places, Columbus, OH and Indianapolis, IN. Between the tall buildings and increased highway traffic and proliferation of stuff, the skyline presented a visualization of an undeniable energy. The first time I emerged from the Squirrel Hill Tunnel en route to a Pirates game, summer ’84 or so, Pittsburgh’s skyline glistened down the hill like Oz, PPG’s glass castle surely home to the Wizard. And in fall 2000 when I moved to Philadelphia, my morning commute on the same Chestnut Hill West train I ride today offered a 15-second glimpse down the Schuylkill River toward the Philly skyline, a reminder of my downtown destination.

In May 2002, I registered the domain name phillyskyline.com as a depository for my growing collection of Philly photos. I didn’t intentionally borrow from the title of Philadelphia Inquirer architecture critic Inga Saffron’s “Changing Skyline” column, then barely three years old. But considering a skyline’s visual representation to those attuned to city life, my inadvertent nod became obvious, and during the 15 years she’s penned the column, she’s garnered three Pulitzer nominations, finally winning the 2014 award, announced yesterday.

In those same 15 years, journalism has transformed, with the internet providing a platform for roughly 7,000 others to opine on the same built environment we inhabit with the celebrated critic. That’s not lost on Saffron, nor on her editor Bill Marimow. In his cover letter for entry to the Pulitzer Prize jury, Marimow wrote:

The Internet has turned a once-esoteric beat fiercely competitive. Hardly a rendering is drawn, a zoning meeting convened or a brick laid that is not posted, in real time, by a slew of websites dedicated to local planning and seized upon by a pack of bloggers. But rather than drown her out, they have proved Saffron’s value, and enhanced her presence by copiously quoting her pronouncements—singularly rich in analysis, context, history, wry humor and a magnetic, mad-dog bite that makes reading her just plain fun. 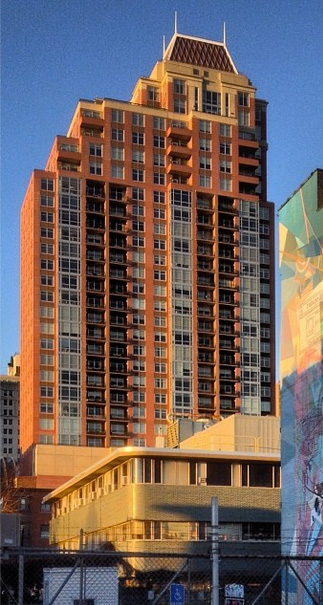 “When architecture is this bad, it’s all too easy to pile on, or move on. But the lessons Philadelphia takes away from Symphony House will determine what shape this aspiring ‘Next Great City’ assumes in the 21st century,” Saffron wrote in 2007. Seven years and several Dranoff projects later, she credits the developer for having a “sixth sense” for the real estate market and called his latest, SLS International, “the most sophisticated design Dranoff has ever commissioned.”

The Pulitzer jury agreed, awarding Saffron the prize for ‘distinguished criticism, using any available journalistic tool’ (including Twitter, where she has over 5,000 followers). The jury cited “her criticism of architecture that blends expertise, civic passion and sheer readability into arguments that consistently stimulate and surprise.”

These stimulations and surprises include her praise of the otherwise suburban box outlet Cheesecake Factory’s building coming to Center City, calling out City Council President Darrell Clarke on his harebrained idea to overstuff Love Park with restaurants and retail, and perhaps most admirably, her being on the frontline of the 22nd & Market collapse coverage.

And certainly, she has her own critics. People who disagree with her—often the people she takes to task in front of half a million readers—regularly discredit her for having no formal architectural training. In fact, in an interview for Philadelphia magazine—who named her one of Philadelphia’s 75 most powerful people in its latest issue—Joel Mathis asked her about this point blank. While citing her journalistic upbringing, she ultimately answered that “[she’s] writing for a broad, general audience, so it helps to be a civilian and see things through the eyes of the reader and the citizen.”

As a citizen of Center City with her family—her husband the acclaimed author Ken Kalfus and their daughter Sky (who as a child wrote the Fitler Fountain, a newsletter of goings on the Fitler Square neighborhood, and who’s now a college-aged comic artist)—Saffron lives with a front row seat to Philadelphia’s vibrancy. Whether advocating for better pedestrian and bicycle policy from her bike seat or kindly requesting of favorite target Carl Dranoff to not fry her community garden with his planned tower next to it, she lives what she writes, calling it like she sees it without any fear of pulling punches. (Just ask the Mural Arts Program.)

Doing what she does, she’s not going to please all the people all the time. Everyone’s a critic, after all. It’s just that Inga Saffron is the best at it, and now she’s got the hardware to prove it.

Be sure to read Robert Moran’s story for the Inquirer on Inga Saffron’s 2014 Pulitzer Prize for criticism, the 20th Pulitzer in the paper’s history. (While you’re there, check out Michael Bryant’s lovely photos of the scene from the newsroom as editor Bill Marimow announced Saffron’s award to the staff.)

From all of us at Hidden City Philadelphia, and from me personally: Congratulations, Inga!