We Hold These Truths To Be Self-Evident 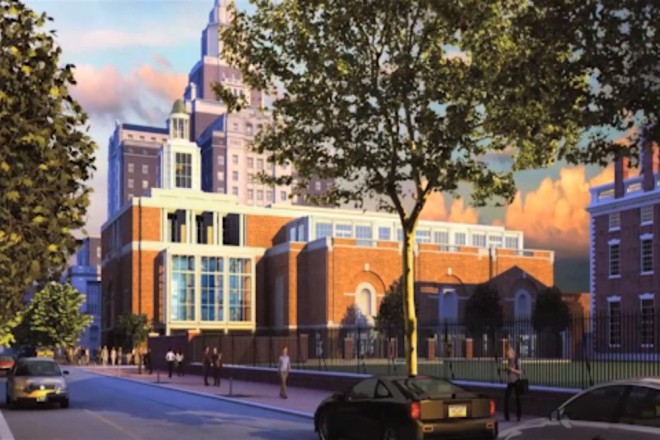 Of all the dispiriting characteristics of the Robert A.M. Stern design for the Museum of the American Revolution the one I can least abide is its utter, enfeebling blandness. For a building that is meant to tell the story of an event that changed the direction of mankind, there is not a single new idea or innovation, and no sense that if you go inside you might be inspired. After talking to University of the Arts president Sean Buffington, who heads the Philadelphia Art Commission, the only local governmental or regulatory body to be given the opportunity to review this project, I got the feeling the commissioners felt the same way. They handed the architectural team a set of issues to tackle in a redesign, but overall they couldn’t quite believe the meekness of the composition. (For my Inquirer Op-Ed on this issue, published on Friday, click HERE.) 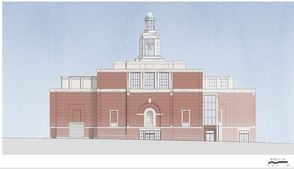 The commissioners’ action, however, was bold—and not without risk. Should the Art Commission be seen as obstructionist, its charter could be revoked. This would be terrible punishment for a courageous act, but it would only happen if the Commission was perceived as abusing its power. In this, far from it—they have broad support in forcing Stern and Museum officials to improve the design. With both these issues in mind–the disconnect between the dull building and the audacious Revolution and the need to show popular support for the Art Commission’s action–I penned a “Declaration of Architectural Independence” that riffs off of the real Declaration, the one that ignited the Revolution. It’s meant to be humorous of course, but also serious: lest you think the parchment paper and 18th century typeface is itself a mere bit of historicism, the petition–to the Art Commission–is live at Change.org, where you can, in the spirit of the American Revolution, sign your name to it. The more signatures we get, the more resolute the Art Commission can be. Click to the petition at Change.org HERE. 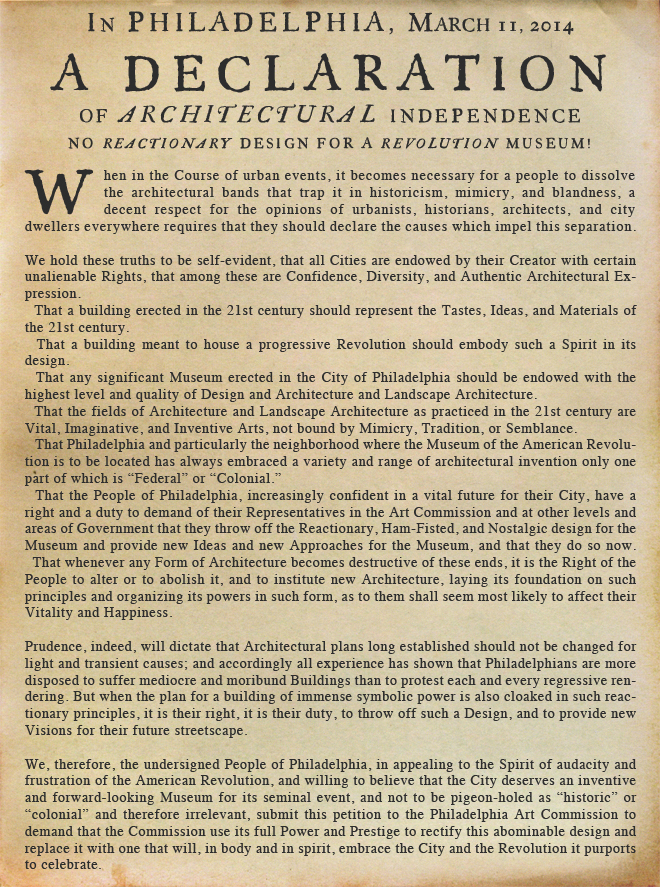