The Future Of 52nd Street, Seen From The Inside 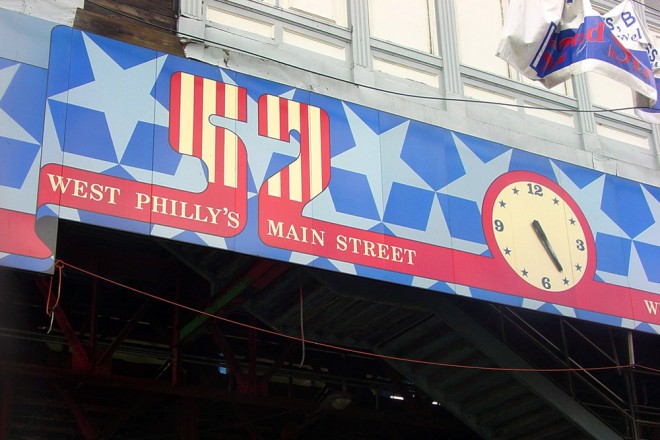 Past patriotic reminders of West Philly’s Main Street, from before SEPTA’s reconstruction of the el at 52nd Street station | Photo: Stephen Ives

In the heart of every city neighborhood and small town in America is a Main Street. Everyone’s back yard, picnic table, after-school hangout, Saturday mainstay. In West Philadelphia, just look down at the sidewalk medallions for confirmation: “52nd Street, West Philly’s Main Street.”

For decades the mile-long strip of 52nd from just north of the Market-Frankford Line south to Baltimore Avenue has been the heart of business, culture, and soul in West Philadelphia. And though its status as such has changed little since the advent of The El, its complexion has. The forces that worked to changed the social landscape of the strip decades ago are once again knocking on the door with possibilities that current tenants and residents aren’t necessarily welcoming with open arms. The “Penntrification” effect that has taken hold of much of West Philadelphia seems poised to do what once may have been unthinkable—cross the hard and fast psychological boundary of 52nd Street, a place that for me was always where ‘home’ began. 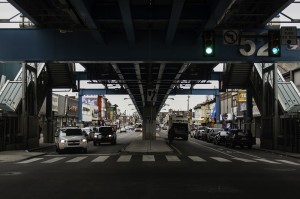 The nexus of West Philly’s Main Street: under the el at 52nd & Market | Photo: Stephen Ives

Having lived in various parts of West Philadelphia for almost my entire life, I’ve watched slow but steady waves of change wash over places that for years seemed to be unchangeable. I grew up accustomed to the grit, the lack of polish, and the general types of sights that people who understand city living on only the most cursory level would expect to see. In my childhood, the red awnings and street side tables of 52nd Street weren’t a threatening hodgepodge of grifters and shady merchants. They were just part of the landscape in the same place where we made weekend stops to buy shoes and fish.

That place, though, doesn’t exist anymore. The Stacy Adams store with its impossible-to-miss sign is gone. Punchey’s, with its ever-present scent of shortening and trays of breaded seafood that were staples of my youth, exists only as an empty storefront and weathered sign. Indeed much of the strip now stands as painted over memories.

Young natives of West Philadelphia know a 52nd Street that has little difference from other commercial corridors in poorer parts of the city. There’s nothing particularly distinctive about the street beyond the volume of activity and the architectural quality of some of its buildings. There aren’t a tremendous amount of long time businesses still there, something generally indicative of the overall health of a commercial area. Having recently moved from another part of the city back to West Philly, just off of 52nd Street, I started getting reacquainted with it, and that was the first thing that that I noticed. A decade ago I lamented the loss of Big George’s Restaurant on Spruce Street, one of the few decent places in the city to get a plate of grits. What exists now—take-out delis, hair salons, convenience stores—is what fills the void left by mom and pop businesses who provided daily essentials (and non-essentials). In some cases, the replacements are arguably as bad as nothing at all. 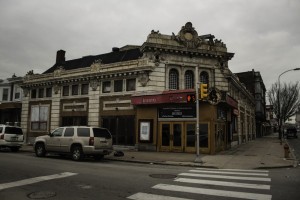 One of the first places I noticed along 52nd Street in my first few days there was the Urban Art Gallery at Delancey Street, owned and operated by Kalphonse Morris. Plainly visible from the storefront window, the paintings inside drew my attention. Certainly a different kind of visual offering from the neighborhood standard and that was precisely what Morris had in mind when he opened the space last April—wanting to bring “beauty, culture, and a new style” to place that sorely needed it. We were both of a mind on the general state of the strip. The character that once existed had long since been paved over. With the exception of The Bushfire Theatre and Malcolm X Park, no true landmarks remain and in his opinion the landscape there now is “worth losing” if the changes at the doorstep bring entities that thrive and add vitality to the neighborhood.

But this potential for change obviously stirs up conflicting feelings for long time neighbors. While revived storefronts, a new assortment of businesses, and a larger base of shoppers and residents add to a place that is stagnant compared to its glory days, what then becomes of what currently is? If it’s true that so much of what made 52nd Street a distinctive place is now gone then would anything truly be washed away by the incoming tide?

Of course any real discussion about neighborhood growth Philadelphia is always going to have elements of race and class—the G-word—and keenly so here. The ever expanding sphere of influence that the University of Pennsylvania has in West Philadelphia has been making westward progress for as far back as I’ve been paying attention. Six-figure housing prices and overnight building renovations on blocks that haven’t seen a sheet a drywall in years tell the tale. The residents of my own building, a racial mix that certainly would not have set foot here a decade ago, are leading indicators. 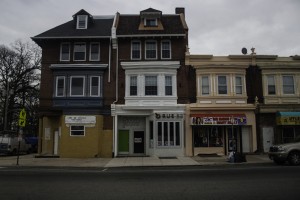 The old meets the new on Rue 52 | Photo: Stephen Ives

It’s a story that plays out in several different parts of Philadelphia, from Point Breeze to Kensington to Germantown. There’s always a level of discomfort felt by the people who already live and work in a place that someone from outside of their world has declared ‘the next horizon,’ and though no advertisements proclaim 52nd Street the next bountiful frontier, the sense that someday it will be hangs slight and still, but unmistakably, in the air. Some say bring it on. Kalphonse Morris communicates regularly with other business owners on the street and says that they feel the change approaching and for some the eventuality will result merely in a payday. For others, like him, it means an opportunity to be a part of the future. He is optimistic and staking his claim.

Whatever the future holds for 52nd Street, its best destiny must be beautiful and collaborative. The daily hustle and bustle of an earlier world has transformed over the decades into a place to go through and not to. It remains a local hub but it has lost much of its distinctiveness. Regaining it is the key to its future and for that to happen requires a meeting in the middle—the old guard who have called the street and neighborhood home for years, and the new, essential breath of fresh air reviving formerly fallow and under-realized parts of the city.

Space and opportunity exist to grow together so long as each side with a stake in the future values what the other offers. Speaking as someone who has watched beloved pieces of the past disappear bit by bit, it helps to understand that change is inevitable and healthy. If one closes themselves off from what it offers then one stands to miss a lot. The burgeoning potential could very well make 52nd Street sparkle again, and that’s surely nothing to fear.

Stephen Ives Steve Ives is a lifelong Philadelphian and freelance photographer. He has studied at Hofstra University and The Art Insitute of Philadelphia. His work can be seen here.