No Loss Of Dignity At Tindley Temple 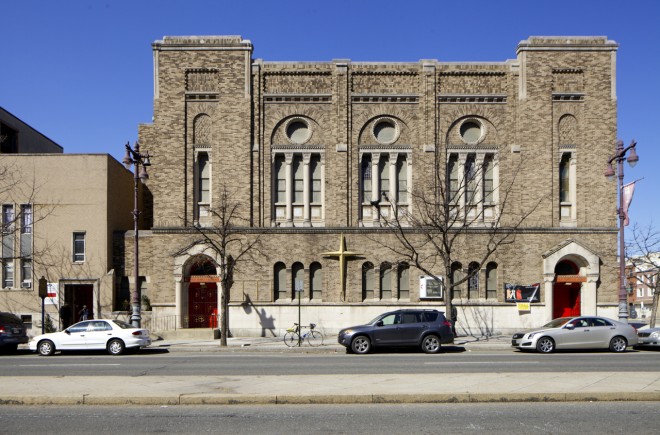 Ask the polychromatic beauties St. Bonaventure Church and Boyd Theater what they think of urban change they’d probably say, with the wreaking ball bearing down, “no dignity in it.” Ask the dedicated homeowner on North Newkirk Street or West Penn Street or South Stanley Street, where property values only seem to fall amidst dissolution and decay, they might tell you the same, “no dignity in it.” Ask the lucky oldtimers in Fishtown or Graduate Hospital or even the Northern Liberties, almost unrecognizable after years of gentrification, they’d probably moan, “no dignity in it.”

Urban change is rarely kind or coherent or gentle; often indeed it’s destabilizing, leaving places in a kind of permanent flux that’s interesting and exciting for urban observers and brutal for businesses and institutions desperate to adapt and hold on. As we’ve tried to document in these pages, religious institutions, particularly, are caught in the shuffle as their natural constituents move on and as Americans in general become more secular. Tindley Temple near South Broad and Fitzwater Streets, a United Methodist church so long a central institution in African American life here, is one of them. Squarely in the middle of the oldest African American urban neighborhood in the nation that spread from its 18th century crucible around Mother Bethel, at Sixth and Lombard Streets, through W.E.B DuBois’ study area, up along the jazz and blues territory on South Street to the Royal Theater and beyond, Tindley finds itself left mostly with ghosts–and with Carl Dranoff’s luxury apartment world closing in. 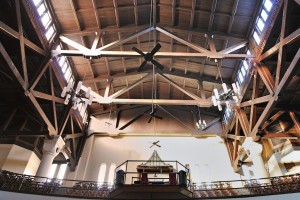 Now, the Moorish Revival church, designed in 1924 by the architectural firm Ballinger, known at the time for its work on factories, power plants, theaters, and churches, has been awarded the AIA Philadelphia Landmark Building of the Year Award for 2014, a bit of recognition that church officials and their partners think will help Tindley, with a shrunken membership, adapt and survive, in a dignified, meaningful way.

The church was a somewhat odd selection for the award, which the AIA has been issuing on and off since 1985. (Disclosure: I’ve served on the informal selection group, a part of the AIA’s Historic Preservation Committee, the last two years.) The exterior architecture is perhaps more akin to one of the firm’s power plants than it is to a traditional church; the flat façade is in fact easy to miss. But the selection group was convinced by the church’s history and its lush interior auditorium. With the likely demise of the Royal Theater on South Street and the coming loss of Gamble and Huff’s Philadelphia International Records studio at Broad and Spruce, Tindley, says longtime preservation advocate (and Hidden City Philadelphia founder) Thaddeus Squire, is “all the more critical as a major African American heritage asset in Center City.” 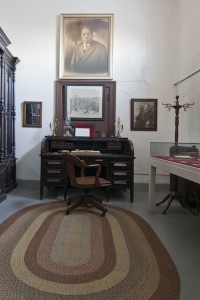 Squire’s non-profit management agency, CultureWorks Greater Philadelphia, along with Partners for Sacred Places, which helps vulnerable religious institutions leverage their buildings as assets, has been working with Tindley officials on a multi-level plan to raise the church’s profile as a heritage and entertainment site. “We’re doing this because the building is profoundly significant,” says Rachel Hildebrandt, a program manager at Partners for Sacred Places (and a Hidden City Daily contributor). “Reverend Charles Albert Tindley built it and animated it, and his legacy continues to guide the congregation.”

Tindley, who was born to slave parents in 1851 on the eastern shore of Maryland, rose from church janitor to reverend. He inspired as a preacher and also as a writer of hymns. At this, he excelled, authoring just about all the great gospel classics, including “We Will Overcome,” which Pete Seeger made a Civil Rights anthem as “We Shall Overcome,” “Stand By Me,” “By and By,” and “When the Morning Comes.”

Tindley Temple grew out of Reverend Tindley’s enormous role in transforming the Methodist liturgy. By the early 1920s, the East Calvary Methodist Episcopal Church, on the southwest corner of Broad and Fitzwater (now a vacant lot), where Reverend Tindley preached, was too small for the congregation of more than 10,000 members. Tindley commissioned Ballinger, says Squire, to design an auditorium that “feels more like a concert hall than a church” and install a massive, 6,000 pipe organ, built in part in the same studio that was making the Wanamaker Grand Court Organ (with some funds from Wanamaker to do it). “There was a time that all the great white organists cut their teeth on the Wanamaker organ and all of the great black organists cut their teeth on its sister at Tindley,” says Squire. 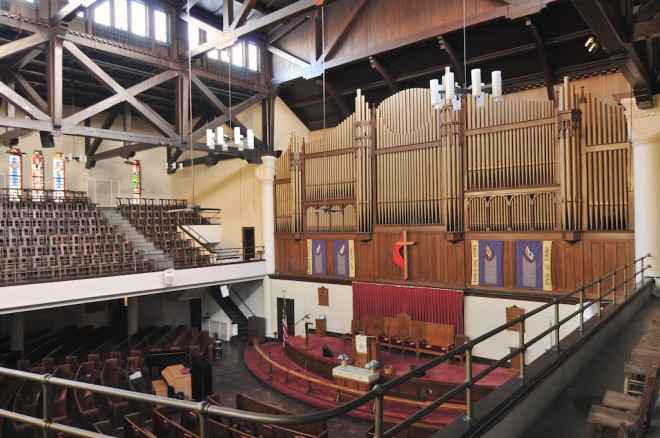 The concert hall-worthy auditorium, which seats about 3,000 people, could become a concert and lecture venue, according to Squire. He likens the opportunity to the one sought about a decade ago by the First Unitarian Church in Center City, which allowed (and still allows) R5 Productions to book its hall for popular music shows. “The prospect of a 3,000 plus seat concert house with lower overhead costs is a coup for the beleaguered presenting business in Philadelphia,” he says.

Lillian Smith, Tindley Temple’s 13th reverend since Charles Albert Tindley’s death in 1933, agrees the auditorium has potential. “The more it is used the more it will be extremely vital,” she says. But Hildebrandt says before the auditorium could become a performance venue, a market study would have to be commissioned; in the meantime, there’s more than enough to figure out, if the church is going to survive.

When Smith took over leadership of the church in 2011, average service attendance had dropped to 83. “This is a church revitalization project. With God, anything that’s struggling can experience resurrection,” she says. With funding and guidance from Partners for Sacred Places, Smith has commissioned a professional building conditions assessment. Hildebrandt says that one of Tindley’s advantages, if it is to survive, is the excellent condition of its infrastructure, which also includes an adjacent office building. 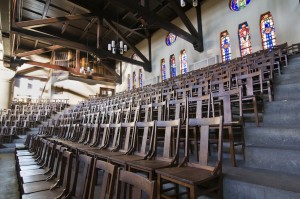 Tindley still uses the original pews on the main floor of the auditorium, and the original chairs on the balcony pictured here | Photo: Peter Woodall, 2011

“We’re helping the church redefine its role in the Graduate Hospital neighborhood. It’s no secret that the neighborhood has changed, and that Tindley’s been impacted. In particular, we’re trying to help the church expand its programming strategically and identify renters that share its core values,” says Hildebrandt. Partners has helped secure office leases with new tenants, including the non-profit Women Organized Against Rape and a bilingual head-start program. Now, Hildebrandt and Smith are looking turn the church’s large kitchen–still used as it has been for nearly a century to feed the poor–into a culinary incubator for food vendors and bakers. Squire’s CultureWorks is working on a shared management plan for the church as a heritage site through the Charles Albert Tindley Institute, along with the Paul Robeson House, and Johnson House.

Church membership is slowly increasing, a result of outreach to families in the neighborhood, developers like Dranoff, whose tenants helped the church give away winter coats this year, and community-based organizations. “Increased membership is often a byproduct of building and strengthening relationships in the community, which is what Tindley is working hard to do. It’s ready to embrace change,” says Hildebrandt. 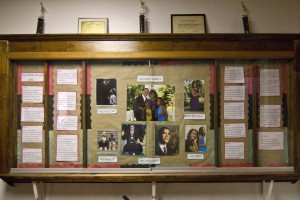 Smith says Tindley has always been outwardly focused, sensitive to social and economic change. “This building represents the shifting and the breaking of the color line–when the community bought the property, there were protesters in front of the church–it represents hearts and mind of people who did the best they could for the community,” she says. “Now, you have a transition of the congregation. This community is poised to grow. If the congregation doesn’t shift intentionally to engage the community it won’t be a good thing. But just the fact that we have children and young adults here because they want to be here, we’re giving witness to new life. It isn’t easy.”