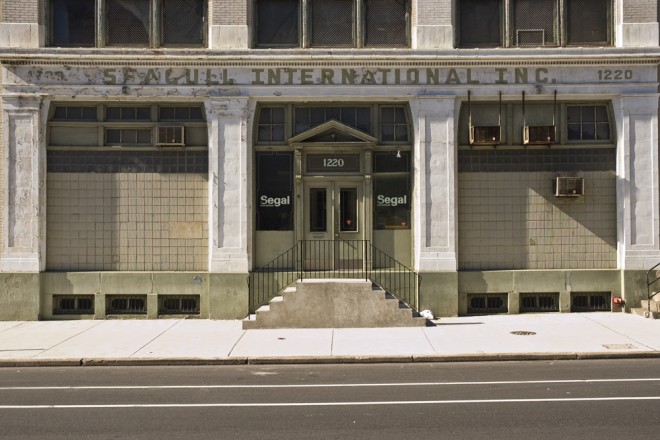 If you know where to look, remnants of a rich manufacturing past still sprinkle reminders of the city’s Workshop of the World status. One such industrial stronghold, the catchily-named Callowhill/Chinatown North/Eraserhood/Loft District, boasts many specimens, including 1220 Spring Garden Street, the “Seagull Building.” While a wave of new construction has claimed vacant lots and long-abandoned properties to its immediate north and south, this structure has managed to retain the neighborhood’s previous legacy… at least for now. 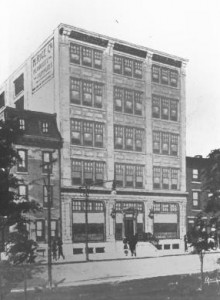 The story of this building begins with one Bernard Eschner. Born in Bohemia (now the Czech Republic), Eschner came to Philadelphia as an infant with his family. After some time with his brother’s mercantile business, he bought a half interest in the M. Rice Florist Supply Company in 1899. Well known as an aggressive and successful salesman, Eschner grew the company over the next several years, forcing them to move from the old rowhouse they were operating out of at 918 Filbert Street to a proper industrial space at 1220 Race (both long gone).

After the death of M. Rice in 1912, Eschner took full control of the business and reincorporated it as M. Rice Company. In 1915, Eschner was ready to go big-time. He purchased three 19th century extra-large rowhouses at 1220, 22, and 24 Spring Garden Street and hired the firm of Sauer & Hahn to design a five-story loft building to fill the 54′ x 100′ property. Eschner was very specific in his call for bids to build the new structure, naming specific brands of building materials to be used on what they claimed would be the largest building dedicated to manufacturing florists supplies in the world. (Little did they know that the Leo Neissen Company’s building at 12th and Race would blow it out of the water a few years later. It still stands as a Four Points by Sheraton.)

The Henry E. Baton company won the bid for construction. This firm was particularly motivated to take on this work, as they were publicizing the creation of a “modern boulevard” along this stretch of Spring Garden Street at the time.

Construction of the new building happened through 1916 and opened for business in summer 1917. Bernard Eschner then hit the road, selling his florist supplies throughout the Midwest until he died suddenly of “an attack of the grippe” on December 18, 1921. His nephew, Raymond Brunswick Eschner, took over the business from there on out.

In 1925, the M. Rice Company announced its intentions to move to a much larger plant at 1134 North American Street (still standing), where they planned to expand their manufacturing efforts to include “wire specialties”. They relocated there by the end of that year. In 1926, the W. H. Maule Seed Company was forced to move out of the large building that bore their name at 21st and Arch Streets and into lesser quarters. Those lesser quarters? The old M. Rice building. From 1926 to 1935, 1220 Spring Garden became the fourth and final “Maule Building”, home to the famous Maule Seed catalog. 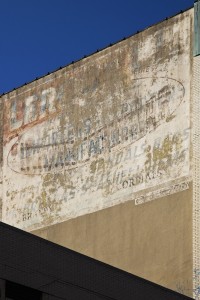 Ghost sign with Leroux underneath and Segal/Seagull on top. “Seashells” and “cordials”–now that’s a combination! | Photo: Peter Woodall

After that, the old M. Rice Building became home to LaRoux and Company, makers of cordials and fine liqueurs. Belgian-born Jules Leroux started the American version of this company in 1933 (his ancestors started a similar company in Belgium in 1836) and spent five full years adjusting his cordial recipes for American tastes at 205 Spring Garden before moving 10 blocks to the old M. Rice Building after alterations for his company’s needs were complete. Because Leroux was the city’s Belgian Consul, 1220 Spring Garden became the city’s Belgian Consulate and held that title until his death in 1951. Perhaps inspired by Maule’s Seed Catalog, Leroux wrote and edited his own colorful catalog, the Manual on Cordials. 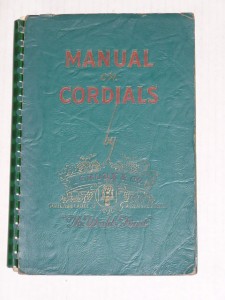 Leroux and Company continued to thrive under the leadership of his sons Jacques and Andre for the several more decades. The new owners expanded the business, opening a California branch in 1952. They also added to 1220 Spring Garden, building two-story extensions on either side in 1957, making their property now fill 1216-1228 Spring Garden. Leroux and Company produced liqueurs and cordials in the old M. Rice Building until 1977.

Nowadays, the Rice/Maule/Leroux/Seagull Building is in pretty sorry shape but still retains most of its original façade, including the copper cornice. Hopefully, as the surrounding neighborhood continues its redevelopment, this great building will eventually get the cleanup it deserves.