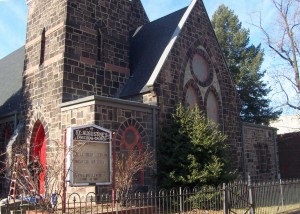 St. Augustine’s (formerly St. John’s) at Broadway and Royden Street in Camden. The bell tower is a 1930s addition. | Photo by author.