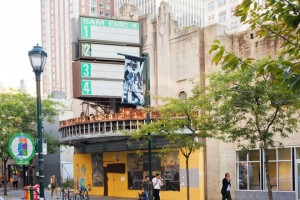 Exterior of the Boyd. It was most recently the SamEric theater | Photo: Peter Woodall

Maybe there will be a Hollywood ending for the Boyd Theater after all. An anonymous local foundation has offered to match a $4.5 million bid for the property at 1910 Chestnut Street from developers who plan to replace the theater’s lavish Art Deco interior with eight movie screens and an Italian restaurant operated by iPic Entertainment.

The first thing Live Nation must do to prove hardship is show there are no other buyers, which is no longer the case, said Leech. “If you can’t prove that you can’t sell it, everything else is irrelevant,” he said. “[The Historical Commission] would never ask for a business plan if someone wants to buy the building. There is going to be a lot of hard work to develop a model that restores and sustains the theater, but step one is controlling the site.” 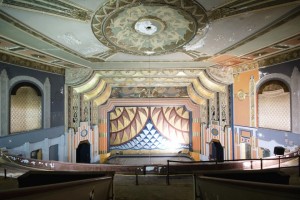 If LiveNation accepts the foundation’s offer, the owner in the near term would probably be Friends of the Boyd, he said. If that happens, Haas said Friends of the Boyd would improve the appearance of the building’s facade to address the concerns of neighbors who see it as having a negative effect on the rest of the block. The property has been vacant since the Sameric Theater closed in 2002.

Haas said the Friends of the Boyd envision a mixed-use entertainment venue with occasional film programming. He said the foundation did not attach to the funding any stipulations for the redevelopment of the theater.