Bucky Vs. Yo La Tengo At Fringe 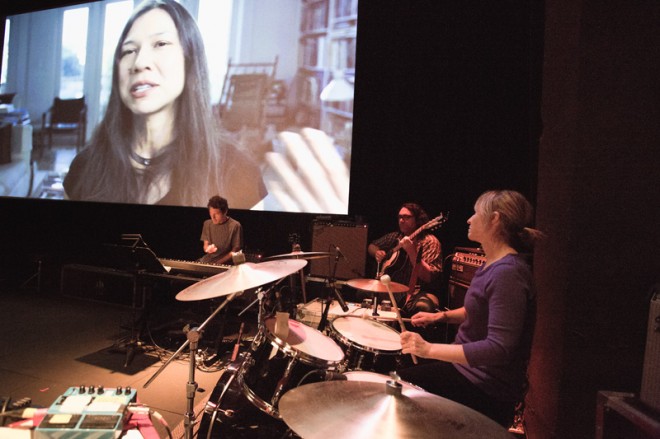 Long before green became a buzzword and sustainability became a City agency, Bucky Fuller beat its drum in earnest as a leader in the planet’s stewardship. With The Love Song of R. Buckminster Fuller, director Sam Green and indie rock darlings Yo La Tengo bring that passion to the big screen—and to the new FringeArts facility on the Delaware Waterfront. 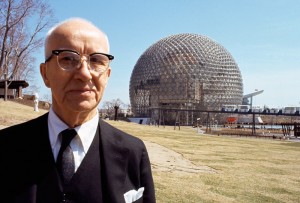 Bucky Fuller at the Montréal Biosphère, built for the United States Pavilion at the Expo 67 world’s fair, 1967

A ‘live documentary’, Love Song follows Fuller’s many careers: architect, engineer, author, futurist, and perhaps most famously, inventor of the dymaxion map and pioneer of the geodesic dome. Several domes based on his patent were built for the US military, and the Montréal Biosphère was a centerpiece of the 1967 world’s fair. The structure burned badly in 1976, but reopened in 1990, appropriately, as the Biosphère Environment Museum. Fuller also coined the term ‘Spaceship Earth’, the name given to the geodesic dome that’s the central structure of Epcot Center at Walt Disney World.

Born in 1895, Fuller lived the last 12 years of his life in Philadelphia, teaching as a World Fellow in Residence for the Consortium at Penn, Bryn Mawr, Swarthmore, Haverford, and the University City Science Center. His legacy has influenced an entire generation of scientists and environmentalists, as well as Philly green construction specialists Buckminster Green, the subject of a Nic Esposito column from last year.

The film is unique in that each screening is a live performance—projected images and video narrated by director Green and scored by Yo La Tengo, Hoboken’s legendary three-piece rock outfit.

The Love Song of R. Buckminster Fuller will be staged in two performances, on Friday, April 4th, at 7 and 9pm. Tickets are $29 and go on sale to the general public at FringeArts.com this Saturday, March 1st.