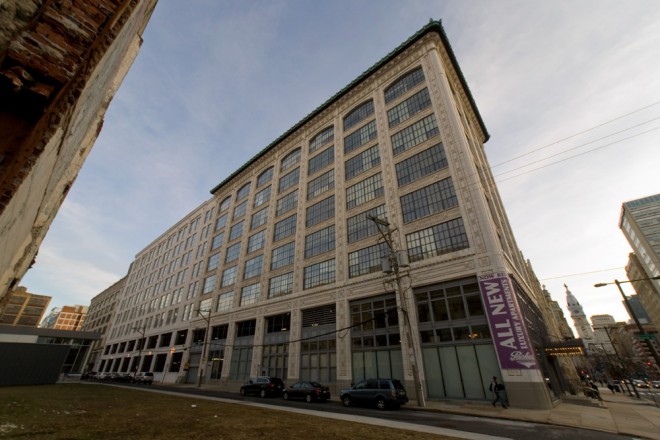 Ask any architecturally inclined Philadelphian about Kahn and watch their hometown pride begin to swell. They may wax poetic about the Richards Labs or the Erdman Hall dormitories or, more likely, the Salk Institute, the site immortalized by Nathaniel Kahn’s intimate connection in My Architect, the Academy Award-nominated documentary about his father, Louis I. Kahn. Yet speak of an architect Kahn in Detroit and the picture of an altogether different man appears, the Kahn of the west, the so-called “architect of Ford,” Albert Kahn, the unconscious modernist.

In a sense, Albert Kahn resembled our Kahn in that each was a bright emigre of vanishing European empire. At 5, Louis Kahn came with his family from Imperial Russia-controlled Estonia in 1906; Albert Kahn came from Prussia in 1869 and migrated to Detroit eleven years later. There his family struggled and the artistically-inclined Albert was pressed into the workforce, joining the architecture firm Mason & Rice at age 15.

Otherwise untrained, he distinguished himself as an exemplary draftsman, cleverly concealing his colorblindness by memorizing the precise palette of his office surroundings. His talent was further rewarded when a trade publication sent the promising 21-year-old to Europe–the capstone in any aspiring architect’s Beaux-Arts training. It was here that Kahn scrutinized Europe’s palimpsest of styles, bringing many of these back to American clients eager to apply a patina of respectability to their physical projections of new wealth. 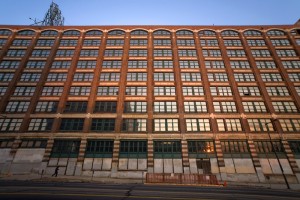 In an ever-upward trajectory, Kahn left his post as chief designer of Mason & Rice to strike out on his own, founding first Kahn & Mason until 1902, and later Kahn & Wilby until 1918. Many treatments of Albert Kahn inevitably deflect toward his kinship with Ford and his impressive portfolio of industrial architecture. Structures like the Packard Motor Car Company Building No. 10 (1905), Philadelphia’s Ford factory on Broad Street, Ford’s half-mile-long River Rouge complex, the Detroit Arsenal Tank Plant and Willow Run Bomber Plant stand as emblems of the modern aesthetic: sparse in ornament, direct in their materials and flexible and open in their plans. Later designs like the the Tank and Bomber plants further stoked Europe’s infatuation with slim, clean lines of glass and steel and provided a template–for good or ill–of a bold new post-World War II Modernist aesthetic.

But Kahn was a pragmatic client’s architect who bitterly opposed his placement in the Modernists’ camp. As his good friend Paul Cret wrote in his obituary, “Albert Kahn was not a theorist: The ‘architecture of tomorrow’ had little interest for one so engrossed in creating the architecture of today.” Kahn’s contribution to modernity came rather in his organization of his firm’s labor–more an assembly line than a design studio, Kahn’s firm usually hired untrained draftsmen who had none of the pretensions of college educated architects. This workmanlike approach to building (he once remarked “architecture is 90% business and 10% art”) has for a time shunted him to an obscure corner of the American architectural canon. Yet before industrial architecture became their exclusive diet, Kahn’s firm did not reject ornament or historicist elements–instead they applied them with great sensitivity to their client’s identity. Some historians have asserted that Kahn’s dilution of eastern eclecticism into a more muscular Detroit corporate aesthetic helped the city garner the moniker “Paris of the West.” During his time in partnership with Mason & Wilby and into the 1920s, Kahn’s public architecture displayed a deep knowledge of classical motifs. His longtime association with auto manufacturers gave Kahn ample opportunities to display this command of ornament in the design of highly-public showroom structures. 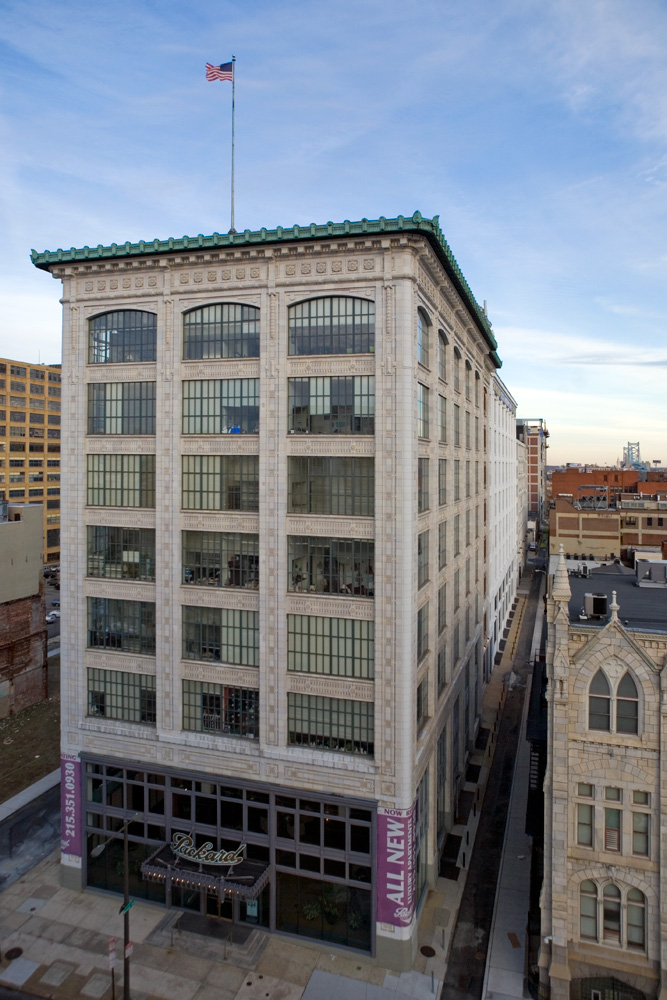 Philadelphia’s own Packard Motor Company Building (1911) situated on what was a bustling auto sales district along North Broad Street deftly straddled the line between functionality and ornament. The building was part showroom part service center–all on a 75’ wide lot hemmed in by Pearl and Wood Streets. Often grappling with dense urban sites in the construction of his early factories, Kahn was comfortable with constructing to 8 stories. (He later found that vertical construction was inefficient in factory structures, thus the massive single story Willow Run plant. Ford, an avowed anti-urbanist, further cast factory production in the hinterland). Kahn’s brother Julius, an engineer, designed a means of cladding structural steel with concrete, creating the fireproof and open “Kahn System” which was used extensively in the Packard Building. Far more public, the salesroom off of Broad Street featured high wainscoting of oak and an ornamental plaster beamed ceiling all “in a manner that will hone the name Packard and be a shining example of Packard service,” according to the company’s magazine.

In many ways, the building is an homage–nearly a facsimile–of an early Kahn & Wilby skyscraper, the Owen Building (1907) in Detroit, itself heavily based off of Chicago School designs. It held special significance for Kahn as it served as the first office building made from reinforced concrete in Detroit, not to mention Kahn’s corporate offices until 1918. In many ways Philadelphia’s Packard Motor Company Building is a perfection of a classic Kahn technique pioneered in the Owen Building: begin with the clean abstracted beauty of the concrete grid and add terracotta details and ornament judiciously. Wider steel sashes and narrower pilasters create an even airier aspect to the Packard building.

Looking at the Packard Building, we see a marriage of the rote classicism of the Beaux-Arts tradition and the delicate “almost nothingness” of Modernism. Likely, this is an observation Kahn would have abhorred. “It would be so sad indeed,” he wrote portending an exhaustion with Modernism, “if an International Style based upon their theories became a reality. Imagine not only a city but many lands building in accordance with one formula… What monotony would result.” He was in lockstep with Cret, once wooed by Kahn to design the Detroit Institute of Arts, having “little use for the industrial future,” as Jerry Herron has observed. It would take the other Kahn, our Kahn, the one-time student of Cret, to further hybridize tradition with sterile Internationalism, in turn creating timeless ruin-like structures both monumental and intimate.