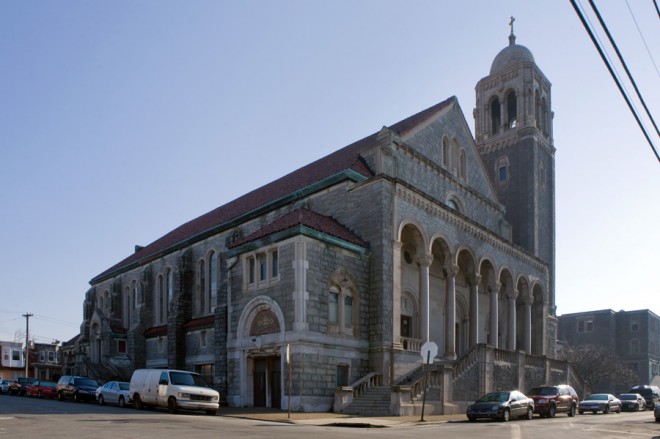 Forty-two stained glass windows have been removed from the Ascension of Our Lord Parish in Kensington. The windows, 17 feet in height, are being restored, panel by panel, by Beyer Studio in Germantown. When finished, they’ll find a new home at the Cathedral of the Holy Name of Jesus. The Diocese of Raleigh estimates the project, which includes the 2,000-seat cathedral, a gathering hall, and a three-story parking garage, will cost between $75 and $90 million. So far, about $62 million has been raised.

Beyer Studio has dedicated a page on its website to the restoration of the glass, as well as a few short videos narrated by Joseph Beyer on the history of several windows just prior to their removal.

The diocese has also acquired 14 panels depicting the Stations of the Cross from St. Francis of Assisi Church in Germantown. The three-by-five panels, reports the diocese, are in good condition and require minimal restoration.

Ascension, which opened in 1914, and St. Francis, erected in 1928, were both included in Hidden City’s top ten list of significant, vulnerable churches in 2013. The Archdiocese of Philadelphia, which still owns the two structures, closed both in 2012.