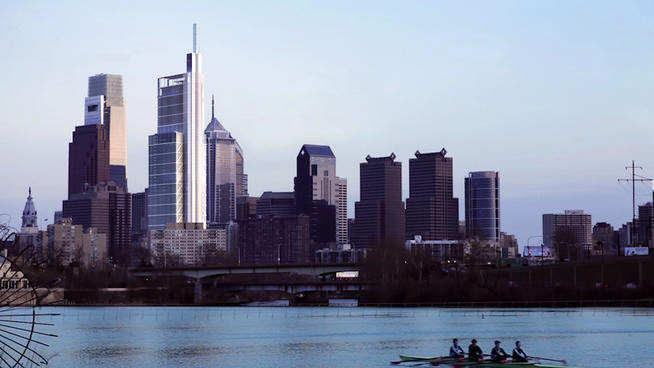 Comcast, Philadelphia’s largest corporation and the largest mass media and communications company in the world, announced today through NBC 10, which it owns, that the Comcast Technology and Innovation Center is on its way. As the Hidden City Daily reported in September, the design comes from London’s Foster + Partners. 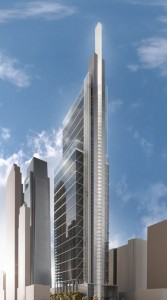 The 59-story, 1,121′ tower will surpass the existing Comcast Center by 151′, and will include 45 stories of offices for the company, and the top 13 floors will house the Four Seasons, which will relocate from a block over on Logan Square. The hotel’s restaurant will be open to the public, providing the highest viewing platform in the city. The building will also include retail in the underground concourse, an extension of the existing Marketplace at Comcast Center, an idea first floated as part of the American Commerce Center project, once proposed for the 18th & Arch site where the new Comcast tower will be built.

NBC 10’s television studios will relocate from the Bala Cynwyd side of City Line Avenue, where they’ve been for 62 years. Noticiero Telemundo 62 will also have studios in the building.

The skyscraper is expected to be complete in 2017 and will house up to 4,000 Comcast employees. The estimated price tag of $1.2B includes $10M in grants from the City and $40M from the Commonwealth. For more details, see NBC 10’s story HERE. For additional renderings, see the Philadelphia Business Journal HERE.