Don’t Call It A Warehouse 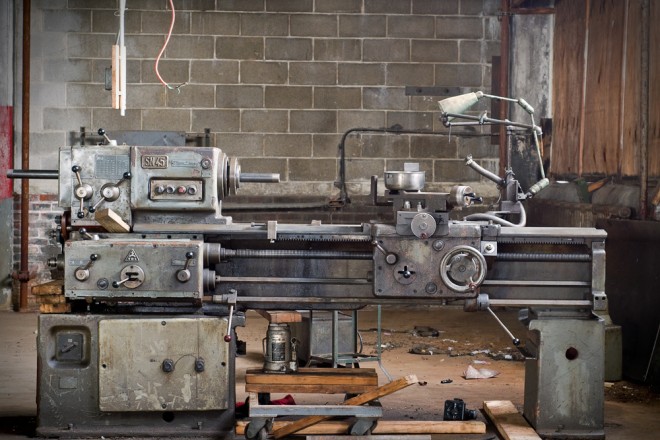 The last days on any job are usually bittersweet, especially when the company you work for has closed up shop, and you’re part of the skeleton crew that’s cleaning out the factory. All things considered, though, the four men dismantling the equipment at a metal fabricating firm on Palmer and Tulip streets were pretty chipper. I thought of them the other day when I read that Domani Developers plans to turn that cluster of former mill buildings just east of Frankford Avenue into a 57-unit apartment complex with a City Fitness gym on the ground floor.

I met the men cleaning out the property back in 2010 on Philly Photo Day. I had been walking around Fishtown looking for something interesting to shoot, and was taking some unpromising photos of a short cobblestone driveway that dead-ended at the loading dock of a vacant factory, when a minivan pulled up. 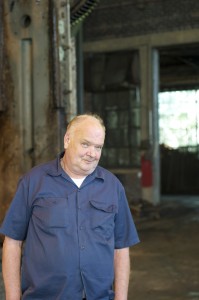 The man who invited me to see the factory | Photo: Peter Woodall

“Hey there,” a voice called out.

I braced myself, figuring someone was about to take exception with what I was doing, as people occasionally will when you’re photographing vacant buildings.

“Sure,” I said, walking over to the van.

“Well,” said the guy, “I’m cleaning out an even bigger one around the corner. I’ll take you over there.”

I paused for a moment and pondered his miraculous offer. It seemed too unlikely to be anything but in earnest, so I hopped in.

The man–I don’t remember his name–said the buildings had originally housed the Brownhill & Kramer textile mill. The company he worked for, Musal Corp., moved into the complex in the early 1960s. Although it did a wide range of metal fabricating, the company mainly built metal cases for transporting missiles, ammunition and other supplies. Business boomed during the Vietnam War and the first Gulf War, but the military had recently phased out metal in favor of plastic, and the company folded soon after.

Musal wasn’t mentioned in any of the articles about Domani’s plans for the buildings, which isn’t surprising. Most stories in the local media–though not all of them–call any older factory or mill building a “warehouse” no matter how recently it has been used for manufacturing. 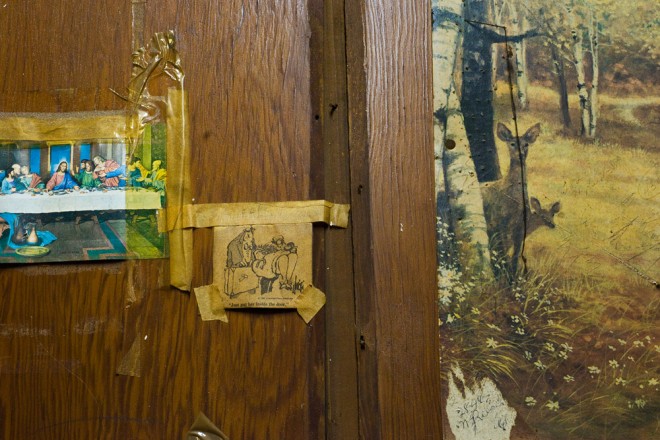 The mistake might be chalked up to a lack of understanding, and of precision; after all, Philadelphia hasn’t been called the Workshop of the World for a very long time. Yet when we don’t call a building by its proper name, it makes it easier to forget the lives of the people who worked in these places, the men, women and children who created the wealth that built much of the city we know today. 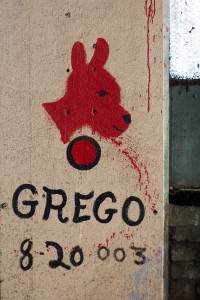 Mostly, though, confusing warehouses with factories is merely symptomatic of how little attention is paid to the city’s industrial and labor history. Even the history of Brownhill & Kramer, one of hundreds of more or less anonymous late 19th and early 20th century textile firms in Philadelphia, is not without interest.  In 1937, workers occupied the mill to try to prevent the company from moving outside the city, a novel use of the sit-down strike that was ultimately unsuccessful.

Nearly all of the equipment had already been taken apart and removed from the building, but there were a few things left behind: a lathe, a Toledo scale, a massive metal stamping machine, a few cluttered desks and a porcelain tub the men used to wash their hands that will probably be sold for a small fortune at an architectural antiques shop. Yet even when nearly everything is gone in a factory, and all the machinery has been cleared out, suggestive images are frequently left behind.

Often, there are photos of naked women clipped from Penthouse or Playboy still taped inside lockers. This isn’t so surprising, perhaps, but more curious are the posters and calendars showing pretty landscapes, forests, sunsets, animals, as if the grim surroundings made the workers hungry for a scrap of beauty. 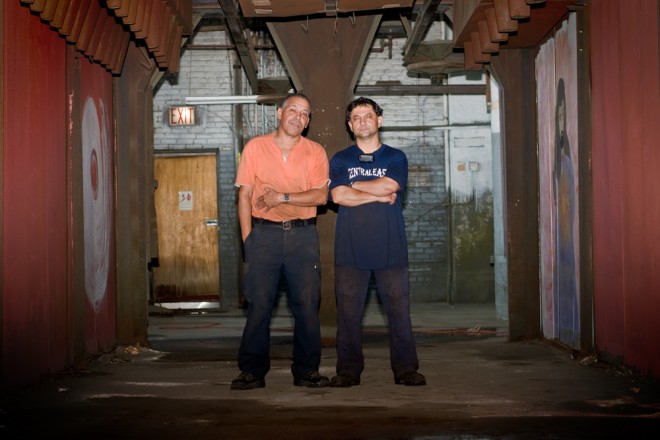 Carlos is at right, next to his paintings of Jesus Christ and Hurricane Katrina |Photo: Peter Woodall

And almost always, there is artwork created by the workers themselves–self portraits, humorous sketches, even small murals. Indeed, this was what Carlos, the worker showing me around, was most eager for me to see: his paintings of Jesus Christ and Hurricane Katrina inside an oven that was used to dry paint quickly.

Taken together, the three types of images hint at the subterranean currents, the dream life of a factory.