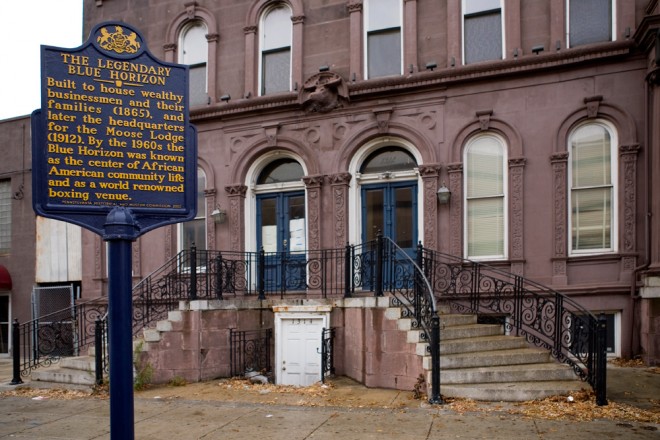 Faced with a developer’s plan to demolish the art deco interior of the Boyd Theater, the long shuttered movie palace has been named one of 36 endangered buildings and one historic district by the Preservation Alliance for Greater Philadelphia. The annual list will be publicly released tomorrow at a rally to save the threatened Boyd, but it’s available on the Alliance’s website, HERE.

Alliance staff compiled the list based on community feedback and their own analysis. The Blue Horizon boxing ring, Robinson’s store on Market Street, 19th Street Baptist Church, Engine 46 Firehouse, and Shawmont Station are key vulnerable properties on the list. Alliance staff also included the turn-of-the-century Haddington National Historic District in West Philadelphia, where the buildings were mostly designed by a single architect, E. Allen Wilson, and 30 shuttered public schools. Look for our story on the Shawmont Station tomorrow.

The 2013 list also acknowledges three key buildings listed in previous years that are still vulnerable–the Royal Theater, Church of the Assumption, and Gretz Brewery–two that have been lost this year–St. Bonaventure Church and Ortlieb’s Brewery–and two that have been saved–St. Peter’s Church in Germantown and the Nugent Home for Baptists.