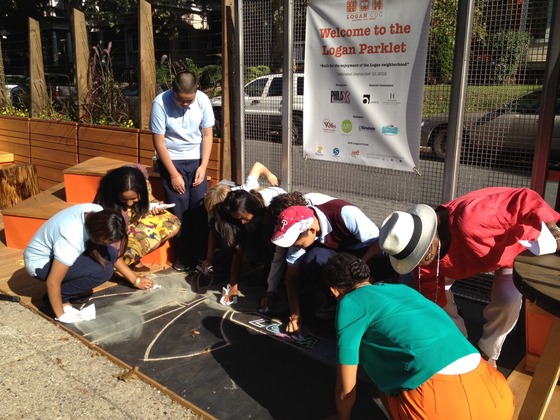 The first of three community-wide meetings for the Logan Comprehensive Neighborhood Plan will be held tonight at 6PM at Logan Elementary School.

Using $70,000 of a grant from the Wells Fargo Foundation of $100,000, Logan CDC has hired Market Street-based firm Wallace Roberts & Todd (WRT) to guide the planning process and create “a roadmap to a healthy and thriving community,” according to a press release.

Logan CDC Executive director Cicely Peterson-Mangum knows that Logan CDC is in good hands, calling WRT an “active and energized steering committee leading this process. We look forward to engaging the larger community in this important exercise for our future.”

And with WRT principal architect Nando Micale leading the company’s efforts, its no wonder why the CDC is confident; Micale worked executing the design of PennPraxis’ Civic Vision for the Central Delaware Master Plan back in 2008. WRT has collaborated with local CDCs in the past, helping New Kensington CDC and APM realize their plans.

WRT jumped at the chance to work with Logan and its community development corporation as it was seen as a community with “amazing institutions,” says Micale, like LaSalle and Einstein Medical Center,” a well established transit network, and plenty of “architectural gems.”

Last year’s opening of the Logan parklet—also a collaboration with WRT—will inform much of the planning process, he says.

“[Logan CDC] has had great success with their parklet that opened last year,” he explains, which “focused on youth programming related to the [adjacent] Logan Library.” He sees this latest collaboration with Logan CDC as essentially a continuation of those efforts to involve Logan’s youth; good long term planning for the decades to come is based, in part, on winning such “hearts and minds.” And so tonight’s event will see Logan teens leading the production of My Logan Story, a multimedia project based on the reflections of residents to be interviewed at these community meetings.

“Any vision for a community must have stewards and the best stewards are our young people. WRT and Logan CDC have crafted a community engagement process that focuses on bringing the neighborhood’s young voices to the process.”

The participation of that target audience will also be sought with the performance of youth dance group Dollar Boyz.

This evening’s activities will be divided into several “interactive stations.”

One station will feature the unveiling of KSK Architects Historians and Planners Inc.’s plan for parkland atop the foundationally-deficient Logan Triangle.

This year, Logan’s attention will shift a few hundred feet over to the Free Library branch at Wagner Avenue & Old York Road, with major renovations to the building itself—originally built during WWI by funds from Andrew Carnegie.