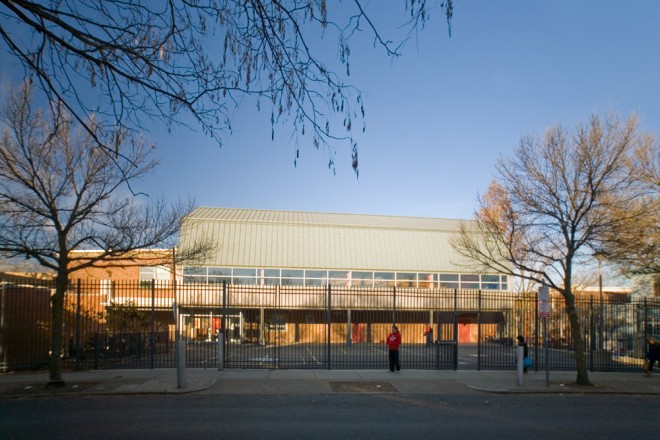 New on old, at The Philadelphia School | Photo: Bradley Maule

The Philadelphia School, one of the city’s great private schools, puts adaptive reuse into a very clear context in its leafy Fitler Square enclave. The building the school has called home since 1976 is a remnant of the neighborhood’s industrial history grown from the Schuylkill River.

The lot this building sits on was one of the last to be developed in this neighborhood. Owned by a Thomas Cahill since the 1870s, all the other lots around it were either filled with rowhouses or industrial sites while this location stayed raw until the 20th Century. It wasn’t until about 1905 that this last remaining vacancy was filled with a speculative industrial building that ended up sitting empty for two years after its construction. Though it is unknown who developed the structure, it was most likely the short-lived Lombard and South Street Passenger Railway Company, who maintained a car house and repair shop immediately to the south. 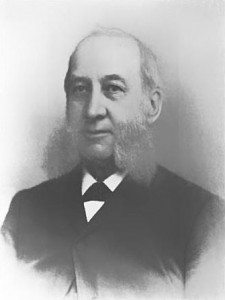 It finally got itself an occupant when the New York Baking Company’s Philadelphia branch chose to move in 1907 after cobbling together space in a handful of buildings at the corner of Ninth and Cross Streets since the 1870s. The New York Pie Baking Company was a story upon itself. Despite its name, the first iteration of the company was founded here in Philadelphia on what is now Spring Street in 1850. The company moved its primary operation to its namesake city in 1872 but kept its Philadelphia branch active.

The New York Pie Baking Company became the largest of its kind in the United States by 1900, with branches all over the northeast. The founder, William Thompson, believed pies were a health food that should be spread far and wide, and did his best to convince the public that only factory-made pies were sanitary to eat. His obsession with using pure ingredients to produce pies in a nearly sterile atmosphere was a huge selling point used in their advertising. In an interview, the founder stated:

“In the rigid inspection and examination made by our experts care was taken to thoroughly note the physical environments and conditions of the entire plant and establishment of the company all which were found to be in the highest possible state of cleanliness the added fact of complete compliance with all sanitary requirements.”

So much for all that… in the oft-cited case Carroll v. New York Pie Baking Company, the healthy pie makers were ordered to award a handsome sum to a customer who was poisoned by a pie with cockroaches baked in. The Philadelphia branch also got busted numerous times for selling bad eggs.

Despite those setbacks, the Philadelphia branch of the New York Pie Baking Company still found success. In 1916, only nine years after they moved to 2503 Lombard, the Ballinger & Perrot firm was enlisted by to design two additions to the building. One that extended the building west, filling in some of the remaining vacant land, and one on the north, taking the place of the rowhouses that filled 2506-2512 Waverly Street. In 1920, Ballinger was commissioned once again to integrate a large garage/loading area onto the southeast portion of  the building, facing Lombard Street. The outlines of the garage doors are still visible on the facade.

The New York Pie Baking Company stayed at 2503 Lombard until the mid-1930s. By the early 1940s, the C.K. Reid Company, which produced coffee, tea, and their own patented coffee makers, had a brief stay at this space while between headquarters. A more permanent occupant, Slater System Industrial Food Service Incorporated, came along in 1944 and would stay in the building in one form or another until the late 1960s. Slater started out providing cafeteria and food service needs for primarily industrial sites and also did some side work managing fraternity house kitchens. At their Lombard Street headquarters, they ran a public commissary that served the nearby industry along the river. Soon after moving in, they acquired and cleared the former Nice Ball Bearing Company headquarters that faced 25th Street between Lombard and Waverly in order to create a parking lot for their workers. This lot survives today as the Philadelphia School’s playground. They also reduced the three garage doors down to one.

Slater System grew into the largest manual food service in the country and got acquired by their west coast competitor, Automatic Retailers of America, in 1961. ARA turned the building into their east coast office and data operations center. In 1963, they added a four-story, 20,000 square foot addition to the building, making it reach almost all the way to the end of the block. On top of all the other services ARA offered related to food service, they also got into the business of distributing and servicing vending machines. At this location, they serviced Mold-a-rama machines, which are prized collectibles today. After several mergers and name changes, ARA became the internationally ubiquitous Aramark, who claim Philadelphia for their world headquarters, sparkling like the 1980s at 11th and Market. 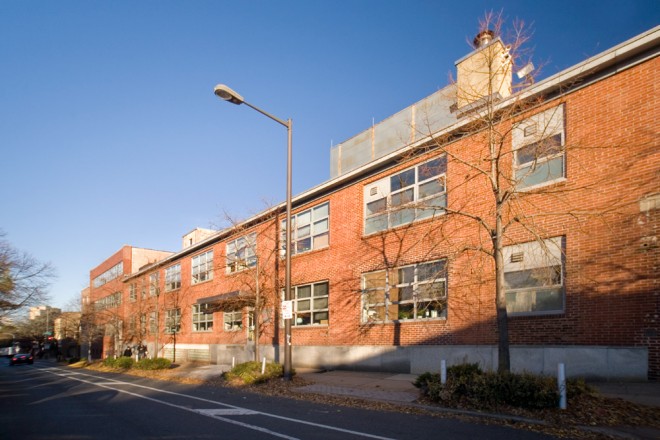 Before they became Aramark and put their sign between the flags atop the tower at 11th & Market, the food services giant operated out of 25th & Lombard | Photo: Bradley Maule

By the early 1970s, the surrounding neighborhood was already trending toward the semi-affluent, and industry had vacated 2503 Lombard for the offices of an investment firm, Globe Securities, Inc. In 1976, some space in the building was leased to a new miniscule private school that had heretofore rented rooms at the Rodeph Shalom Synagogue. That little institution with only a handful of students operating out of bits of former industrial space grew to inhabit the rest of the building over the next couple of decades, renovating every part while also making a name for itself as one of the best single private schools in the region. And what a name it was: The Philadelphia School. They made their residency official on April, 9th, 1999 by purchasing the building for $1.2 million. 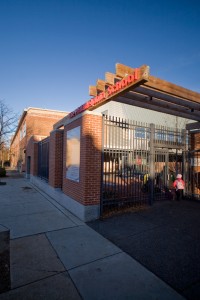 The Philadelphia School’s adaptation of the old New York Baking Company from a harsh industrial/commercial stronghold into a benign educational institution has continued all the way into the present. In addition to many recent internal renovations, in 2011 they converted their asphalt and chainlink-fenced playground into a friendly entrance vestibule with trees and plantings designed by local architecture firm Purdy O’Gwynn and constructed by Wolf Scott Associates.

This building really proves how an old industrial space can be integrated into the context of a modern city neighborhood. Remember this place any time you pass one of the many abandoned and forlorn industrial sites in our city of neighborhoods. All of them hold the same potential to live a second life as a useful, modern, and attractive environment.