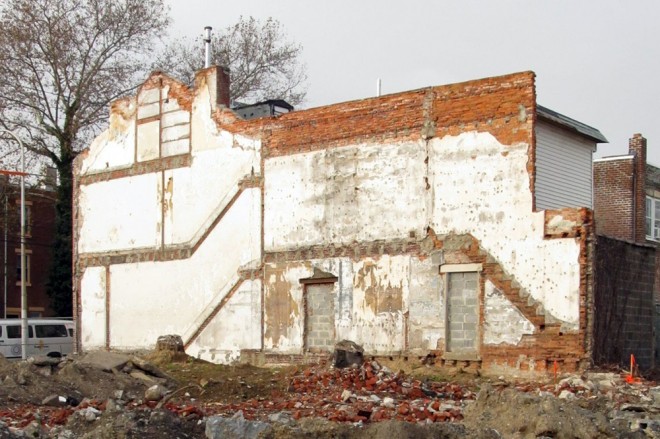 In a city known for them, sometimes the most interesting way to study Philadelphia’s row houses is to look in the places where they no longer exist. After all, when entire city blocks of buildings are constructed at the same time, it is nearly impossible to demolish one later without leaving some trace of the physical connection. These “building ghosts” reveal the structure and spaces of a building that has no other presence, a stencil of walls and wallpaper long gone. The most intact building ghosts offer evidence of features as specific as stairs and closets, and often can be read like a map to understand how the house’s residents lived.

One can find building ghosts throughout the city, and the search for them often becomes a sort of treasure hunt. Sometimes ghosts are visible for years or decades, an inadvertent bystander to stagnant development in low-demand neighborhoods. A cluster of exposed walls at Seventh and Girard provides a great subject for building ghost hunters, but not such a great example of the neighborhood’s progress. More often, however, they seem elusive because, although they are exposed in the demolition process, they are then usually covered by stucco or subsequent development. Such is the case at 1513 North Second Street in Kensington. 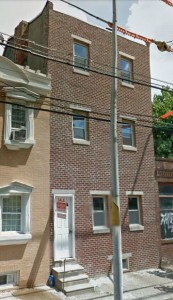 Because this area of Philadelphia County was not included within the boundaries of the city until the 1854 Act of Consolidation, the earliest records for 1513 North Second Street are sparse. The earliest deed on file at the Philadelphia City Archives lists James Markoe as the owner, prior to his sale of the land to John Marsden in 1845. The two men held markedly different occupations and social classes, and the 1845 sale of the property is evidence of Kensington’s transition from an outlying community to an industrial hub with a working-class population.

James Markoe lived in the city proper and was one of the founders of the Philadelphia Club at 13th and Walnut Streets. He likely invested in the Kensington land as a speculative developer, and while he owned the land at 1513 North Second, he doesn’t appear to have built the house. Marsden, meanwhile, was listed in McElroy’s City Directories as a carpet manufacturer–a particularly dominant industry in Kensington in the middle of the 19th century.

Construction of the row of houses along North Second likely happened between 1845 and 1847; Marsden’s residence is listed in city directories for the first time in 1858 as “2nd Street, above Jefferson (Kensington).” The property remained in the family for the next 80 years, and was home to several Marsden family members throughout the late 19th century. (After John Marsden’s death in 1874, the house was part of a bitter family dispute over his will that lasted several years–and earned eager coverage in local newspapers.)

The most compelling trajectory among the house’s residents seems to be that of Biddle Reeves Marsden, the grandson of John and his wife Sophia. Biddle was born in 1864 and lived at the house into his 20s with his grandmother, mother, and brother. (With so many adults under the same roof, it’s easy to understand why the building ghost shows closet shelves all the way up to the third floor.) While he lived at home, Biddle studied medicine at the Homeopathic Medical College of Pennsylvania (now Hahnemann University Hospital) and was licensed as a physician in 1885. He continued to live on North Second Street, however, until at least 1890–a child of tradesmen who became a doctor while still living, and eventually practicing, in his working class neighborhood.

For a time, 1513 North Second housed several boarders (not directly related to the Marsdens). The 1900 Federal Census lists seventeen boarders in residence at the house, a number that makes the building ghost suddenly look impossibly small. They ranged in age from 17 to 63, and their professions typified Kensington’s local industries, with cloth finishers, iron moulders, machinists, bedstead makers, and weavers all living in the three-story house. 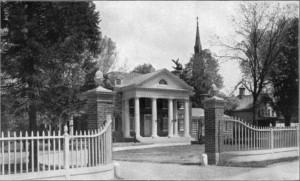 On April 28, 1903, Biddle Marsden married Julia Hebard at St. Paul’s Episcopal Church, and the newlyweds moved into a new home in Chestnut Hill. Their house, located on Germantown Avenue, could not have been more different from Biddle’s childhood row house in Kensington. The Georgian Revival residence was designed by architect Charles Barton Keen, who was responsible for dozens of wealthy homes and upscale projects in the area, and Keen’s design for the Marsden residence was grand enough to be featured in various architecture journals of the day.

Biddle Marsden lived until 1926, serving for a time as a physician in World War I and traveling to places as far-flung as Cherbourg, Southampton, and Bermuda; his wife Julia served on several high-profile boards and lived until 1945. Their house on Germantown Avenue still stands today (within the boundaries of the Chestnut Hill National Register Historic District) and is part of the Chestnut Hill Hospital campus.

Although he lived across town, Biddle continued to own the house on North Second Street, and his wife Julia maintained ownership of the building after her husband’s death. In the late 1930s, the Jefferson Builders Supply Corporation purchased the building and converted it–along with the houses at 1501-1511 N. 2nd–into its offices. (Deeds suggest that at some point they also incorporated 1515 N. 2nd Street, which would explain the presence of the two infilled doors in the ghost on the party wall.)

Finally, the building was eventually demolished in 2012. The site is currently under construction for several single-family homes, which has concealed the ghost that was briefly visible in late 2012. 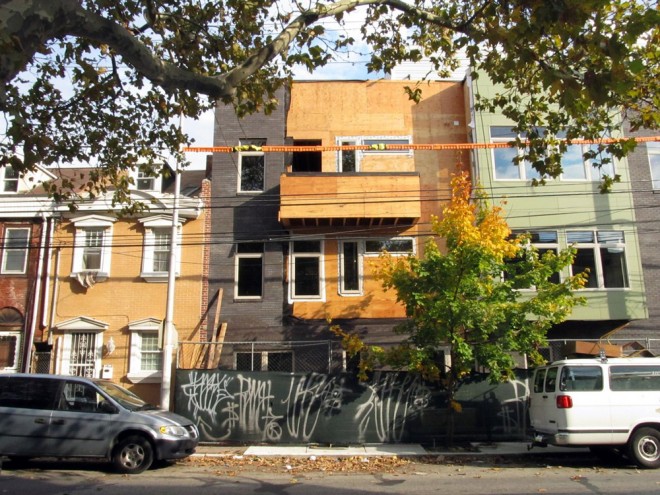 Of course, the mere plaster stencil of a building ghost cannot tell the entire story of a building’s occupants and history. Without the actual structure to examine, there are not always answers, and once the building ghost itself is lost, even the questions disappear. But the fact that there are building ghosts at all–whether they have been crumbling without redevelopment for years, or whether they will immediately vanish behind new construction–is an intriguing visual quirk of the city of row houses. 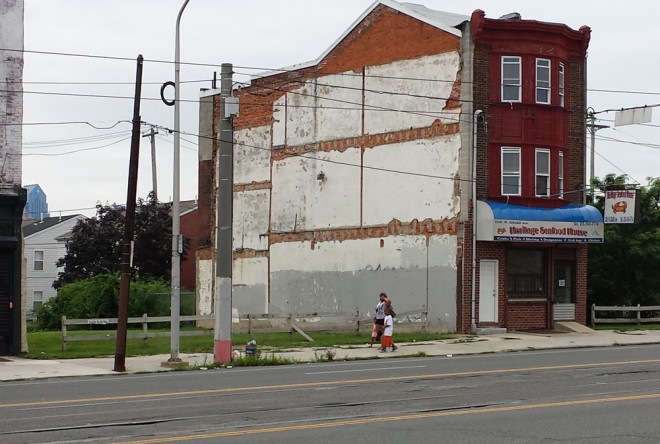 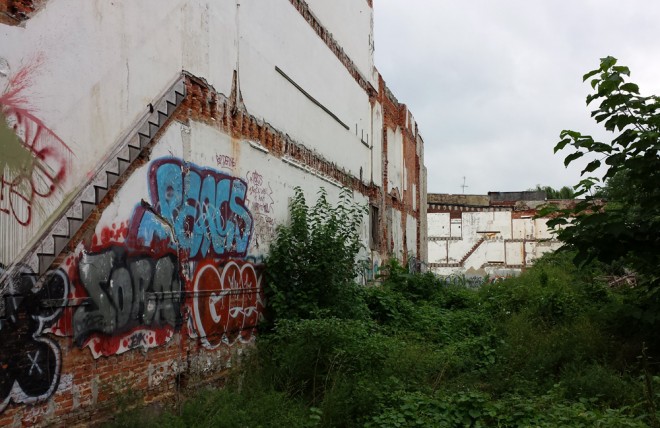