Former 7-Up Bottling Plant On Its Way Down; 25 Townhouses Coming Up 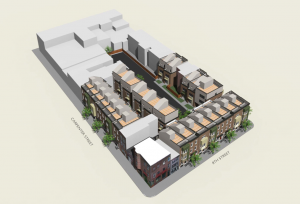 As demolition continues on Ortlieb’s original brewery in Northern Liberties, another piece of the city’s beverage-making history is going to rubble in South Philadelphia.

The former 7-Up bottling plant between the 800 blocks of Carpenter and Montrose Streets is being cleared to make way for a residential project. Developer US Construction will build 25 townhouses between Eighth, Carpenter, and Montrose Streets on the land occupied by several vacant industrial buildings including the plant, and the canopied loading dock on Eighth Street.

The project, known as Mildred Court, was designed by JKR Partners and approved by the Zoning Board of Adjustment in August. It replaces a humble example of South Philly’s 20th-century vernacular architecture, and a symbol of its Italian entrepreneurial heritage. 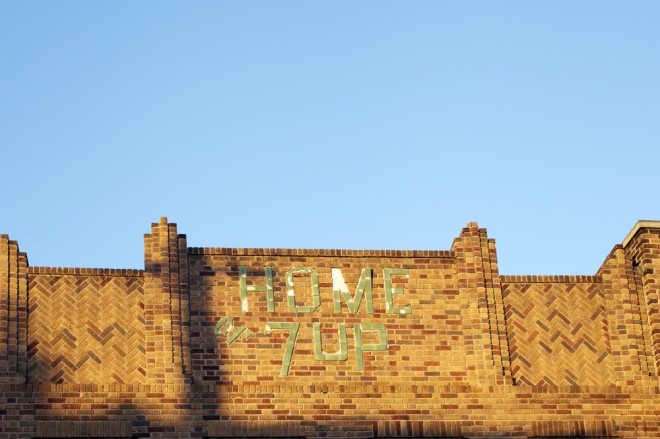 Anthony Imbesi founded the 7-Up Bottling Company of Philadelphia in the 1930s to market and distribute the emerging soda product. The extended Imbesi family would become nearly synonymous with the soft beverage industry in the mid-Atlantic region, owning plants in Camden, Wilmington, Baltimore and Salisbury, MD. (While local lore claims that Anthony Imbesi invented the modern-day lemon-lime formula, the 7-Up Company’s official website only notes the formula’s origin in St. Louis in 1929.)

Imbesi later dedicated his fortunes to breeding dogs–his favorite was the English Setter–and thoroughbred horses, for which he purchased training grounds in New Jersey.

When Anthony’s son John took over 7-Up Philadelphia, the company had moved its operations to Conshohocken and in 1995, it was acquired by locally based Beverage Enterprises. John Imbesi then founded the North American Beverage Company, headquartered in Ocean City, NJ, whose product line includes Chocolate Moose and Havana Cappuccino.

However, he also fell into trouble with the law: several former employees filed sexual harassment suits against him after he had left 7-Up. One was awarded $725,000 in damages; another who had accused Imbesi of turning her into his “sex slave” received a settlement out of court. 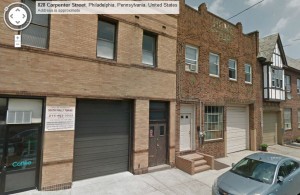 The closest the South Philly 7-Up facility came to historic recognition was a 1995 nomination to the Pennsylvania Historical and Museum Commission to erect a marker outside the plant. The nomination, submitted by historian Celeste Morello, was rejected because PHMC “doesn’t endorse products,” as Morello (best known for her written account of the Philadelphia mafia) told the Daily News at the time.

The loss of the bottling plant this week is part of an ongoing transformation of the 800 block of Montrose Street. In 2011, US Construction began erecting houses on the long-empty lot across from the plant. The lot was once occupied by Our Lady of Good Counsel Roman Catholic Church, erected to accommodate a growing Italian immigrant population. The church was closed in 1937, partly due to declining parish enrollment, despite a long dispute with the Archdiocese’s largely Irish-American leadership, and was demolished soon after.

In 2012, US Construction also tore down the former Fante-Leone Swimming Pool, notable for its classical façade at the corner of Darien and Montrose, to make way for more homes.