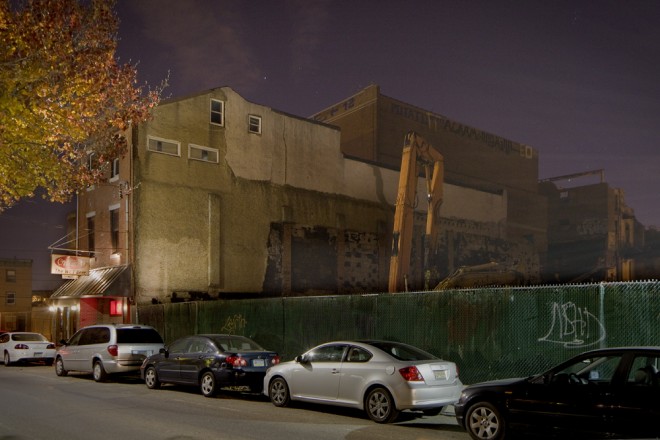 Still plenty of demolition left to do | Photo: Peter Woodall

With the demolition of the Ortlieb’s Brewery now all but complete, only the bottling plant, presently under renovation to become the offices of Kieran Timberlake Architects, and Ortlieb’s Brewhouse remain to remind us of the Northern Liberties’ rich beer history. In 2012, the Brewhouse was reopened as Ortlieb’s Lounge by Avram Hornik’s Four Corners Management, owners of several Philadelphia music venues.

Ortlieb’s Brewhouse originally served as the “company store” for the Henry F. Ortlieb Brewing Company, which grew to be Philadelphia’s second largest after World War II, with advertising slogans like “The Wet Beeer” and “The Happiest Beer” that were inane even by the standards of the beer industry. With the tavern serving only “The Big O,” legend has it that a pipe filtered beer directly to the bar from the brewery complex. Workers could spend their earnings on the beer they made and also on bowling and pool.

Ortlieb’s was acquired by the neighboring Christian Schmidts Brewing in 1981 and brewery operations moved to Schmidts’ complex on North Second Street. The move upset Ortlieb’s lager loyalists enough that Schmidts created radio commercials featuring Joseph W. Ortlieb, reassuring customers he was still involved in the brewing process. Without the stream of brewery workers, Ortlieb’s Brewhouse passed through a series of owners through much of the 1980s before it was acquired by musician Pete Souders. 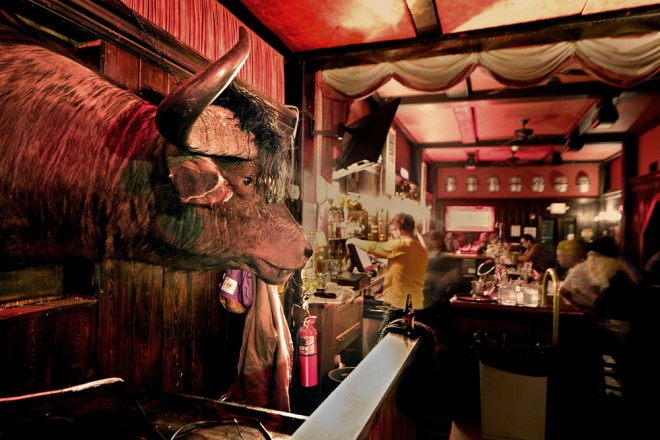 The bison survived the transition from Jazzhaus to Lounge | Photo: Peter Woodall

You might say Souders’ history with Ortlieb’s began long before he was aware the bar existed. On a spring weekend in 1969, Souders and a college classmate went to New York in pursuit of his idol, saxophonist Coleman Hawkins. Failing to find Hawkins, they resigned to a jazz club in the East Village to see pianist Horace Parlan. Souders was taken in not just by the music, but the club’s architecture and atmosphere as well. The next morning, he learned Coleman Hawkins had passed away. 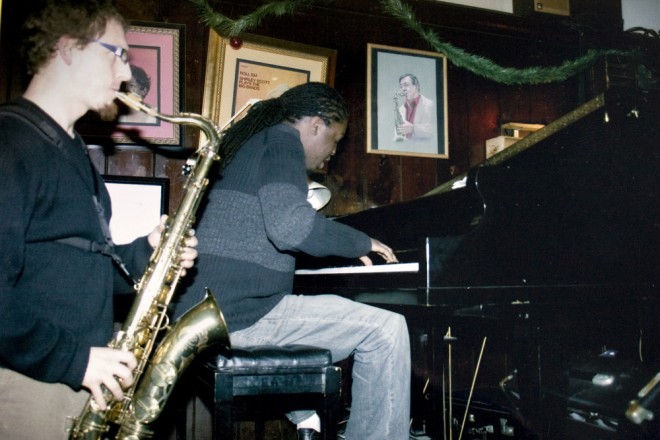 Victor North on saxophone, George Burton on piano when it was Ortlieb’s Jazzhaus, circa 2007

Souders spent much of the next two decades working in computer systems for a large private company, playing gigs in his free time. By the mid-1980s he’d had enough of the corporate world and decided to enroll at The Philadelphia College of Performing Arts (now part of University of the Arts) as a jazz performance major. A few semesters in he realized this wasn’t quite the right fit either.

Encouraged by his partner Margaret Cooney Souders decided to pursue a long held desire to run his own jazz club. It seemed fortuitous that a friend mentioned that Gertrude Graves was interested in selling her South Street jazz club, Gert’s Lounge. The sale was stymied when the landlord of the property told Souders he did not want another jazz club as a tenant. Undaunted, he went the traditional route of contacting a realtor who first showed him the Fairmount Firehouse (now Jack’s Firehouse), but the asking price, just shy of $1,000,000, kept him looking. Eventually the realtor took him to the small wood and brick bar shadowed by a shuttered brewery in Northern Liberties. Recalling the evening long ago in the East Village, Souders says he was “taken by the similarities with Ortlieb’s and that jazz venue in New York.” With that, Ortlieb’s Brewhouse became Ortlieb’s Jazzhaus, opening in September 1987. 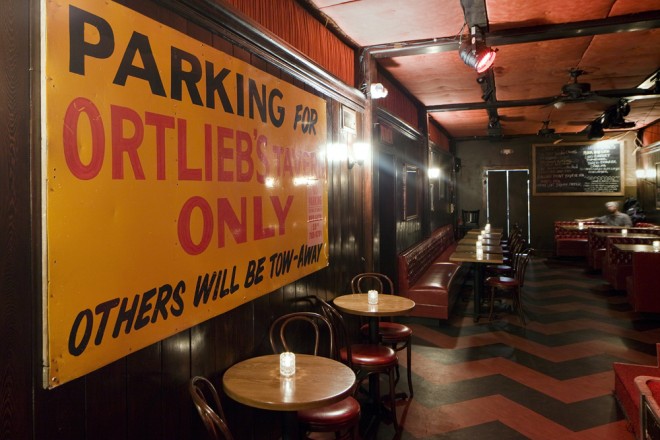 The bar became a mainstay of the Philadelphia jazz scene, with musicians such as Bootsie Barns, Shirley Scott, Duane Eubanks, Farrid Barron, Cecil Payne and other notables taking residency. Tuesday nights featured an open jam where lesser known musicians might get to play with a legend. Throughout the 1990s, Ortlieb’s thrived as one of the few venues in the region offering jazz seven nights a week, a distinction that continued through the next decade.

The 2000s brought a much more intense sequence of demolition and new construction in Northern Liberties. No longer an outpost, Ortlieb’s had to compete with a slew of new bars and restaurants. Saunders sold the bar in 2007. Northern Liberties was a markedly different place than it had been when he bought it.

Then, in 2010, Ortlieb’s Jazzhaus closed, seemingly for good. 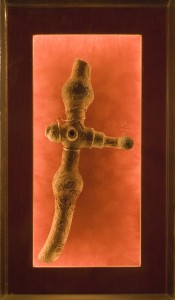 Enter Four Corners Management, owners of an eclectic mix of Philadelphia watering holes and venues including Union Transfer, Drinker’s, and the recently revived Boot & Saddle. Kyle Costill, a veteran of the Philly music scene and cofounder (with David Kain) of Bands in The Back Yard (BITBY) was appointed manager. Under Costill, the bar’s reputation as a live music venue was nurtured and expanded, and now features indie rock, punk, hip hop and DJ nights in addition to the Tuesday Jazz Jam, run by the bar’s former owner, Pete Souders. On a recent Sunday night, R&B singer Miguel popped in after his show at the Wells Fargo Center was cancelled.

Inside Ortlieb’s Lounge, the old brewery’s history is evident in the promotional mirrors, signs, and serving plates Costill found on Ebay. The pipe bringing Ortlieb’s beer from the brewery may be long gone, but the bar’s original tap is encased in glass behind the bar. The draft list of local beers reflects Philadelphia’s more recent brewing history, with craft offerings from Yard’s and PBC. Another homage, the bar’s signature cocktail, is called “The Big ‘O.”