A Story In Letters 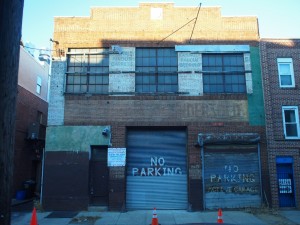 Even as Queen Village gentrified in the 1970s and 1980s, Bainbridge Street held out. With its carpet men and plumbers and dry goods stores, with its kitchen suppliers and wholesalers and thrift stores and fixture men and junk dealers, and with the Deli then dingy and worn, the street felt rough and tawdry, a little harsh, a little filthy. Graffiti was layered over bad paint jobs and was in turn covered hastily with thick brown paint the color of the dog shit that lay in little mounds at curbs’ edge. The street’s entrepreneurs had mastered the art of the hand scribbled sign, worked out on posterboard in dry Sharpee and left to warp in the window, shards of yellowed tape, flinty and gold like the skin of a sea shell, glinting fecklessly in the sun.

Nearly all of that is gone now. The weeds have largely disappeared from the cracks in the sidewalks; the graffiti and the wheatpaper art land somewhere else now. One of the last buildings to weather the half dozen booms since the Bicentennial was the old Norge Appliance showroom on the northeast corner of Sixth and Bainbridge. The building was, like so many along that stretch, owned by Stanley Fleishman, of Fleishman’s Fabrics. From time to time he would use the building or rent it out–for a while, someone who made cement Buddhas and other figures took over the storefront–but much of the time it sat and waited, still with the bright yellow thick masculine letters of the defunct neon sign hanging on: N O R G E. 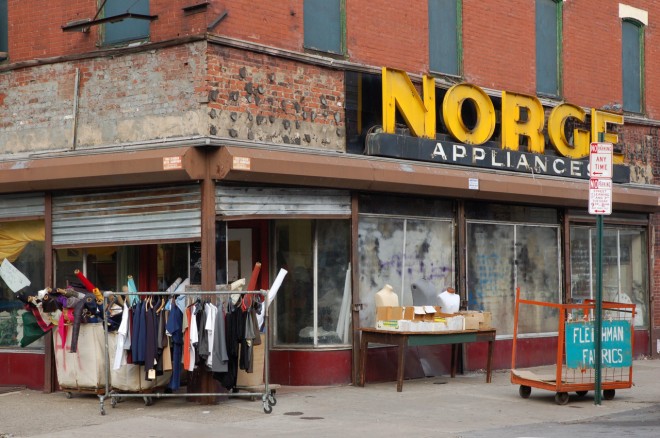 Workers cleaned out the place around 2008. Neighborhood folks of course were curious. What would happen to the building? Whoever took it over would have to keep the sign, certainly. It spoke of another time and it was handsome, after all. But then one day, the workers pulled the letters down. They were destined for the dump, the workers told me. I handed them $100 and had them delivered to my house. Not sure what to do with the bulky letters, I stacked them in the basement, heavy screws poking out. A couple years later, feeling jaunty, we decided to hang some of them in our fixed up den. Clearly, not all of them would fit. What letters would we choose? What would we spell? G O? N O? O N? O N E? N O R? 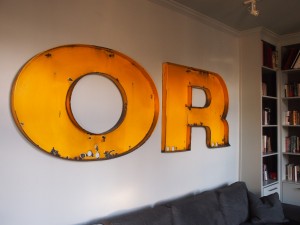 We chose O R, for the sense of possibility.

In 2012, the Fetfatzes family restored the old Norge building, adding apartments on the second and third floors and a restaurant, Bainbridge Barrel House, on the retail corner.

Sometime that year, Peter Woodall gave me an old matchbook–he’s fond of collecting these kinds of quiet relics of the 19th and 20th centuries–with a picture of the Norge building from the 1940s, when it was Sam Gerson’s apparel shop. “Style begins at Gerson’s,” it says, under the matches (I suppose you had to smoke 30 cigarettes to see it). The store had been recently renovated and enlarged, probably just after World War II. Gerson had at least one other store at the time, on the southeast corner of 12th and Walnut, in a building that’s been since demolished. Gerson, a tailor, had opened his first store with his brother Irving. “It soon gained a great reputation as a very upscale men’s clothing store for fine quality suits and attracted a diversified and large clientele,” remembered Jack Segal, on the website The Museum of Family History. Segal worked in the store as a stock boy while he was in high school. “When Gerson’s ran their annual sale,” he noted, “it attracted such a huge crowd that some times the Manager would have to allow only a certain number of customers in, after the same number of satisfied customers left the store. The store was always crowded with customers.”

Without knowing this history, I propped the handsome matchbook against the wall of my desk and since then I’ve looked at it just about every day. 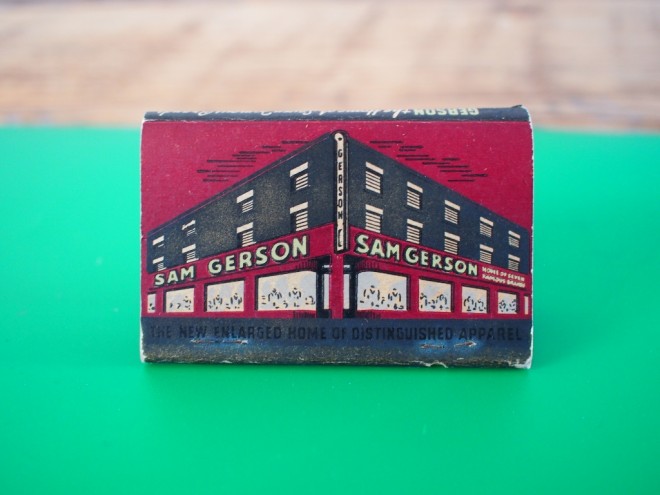 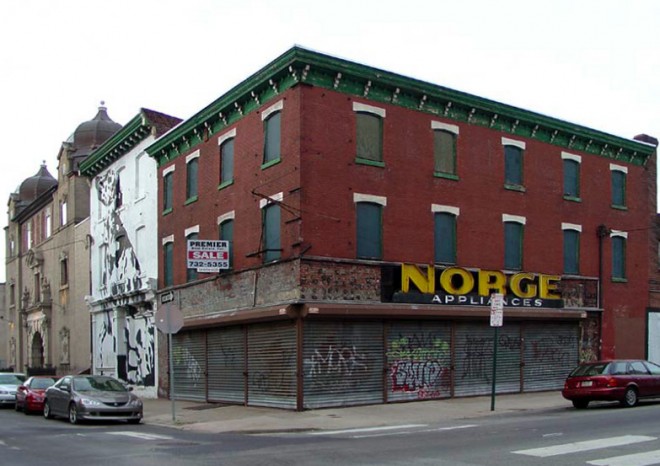 Only yesterday, I realized something: N O R G E had been assembled from G E R S O N. These were the same letters, squat, bold, and yellow. The Norge owner was apparently pretty thrifty. Perhaps it was Gerson himself, switched his line. Did he choose Norge for the easy fit (business decisions around here have been made for sillier reasons)? Whatever the story, I got a moment of pleasure from imagining the lives of these mostly unknown people, long since gone, and the funny things they left behind.