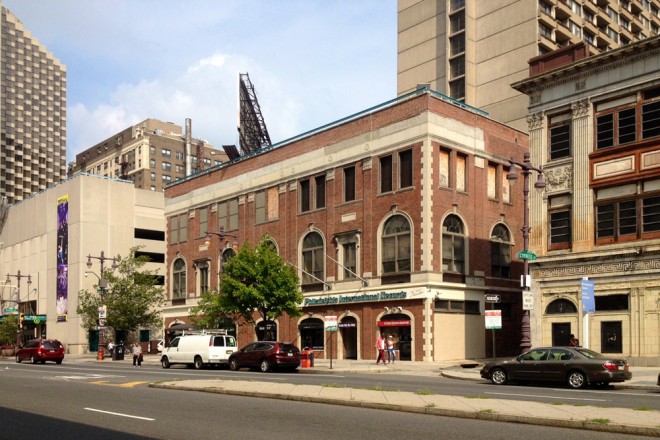 The house of hits, at Broad & Spruce | Photo: Bradley Maule

With reports of a possible demolition at 309 South Broad Street to make way for a high-rise hotel-condo, those involved in the city’s music industry just a generation ago no doubt felt a twinge of sadness. While the building itself–a three-story 1920s era structure–is not all that remarkable, one can’t deny its rightful place in popular music history as the home of both Philadelphia International Records (and the endless series of hits Gamble & Huff produced there) and Cameo-Parkway Records’ dance hits.

The city has long been an important musical center, but two periods in the twentieth century saw Philadelphia as an undisputed leader in popular music: the late 1950s/early 1960s and again in the 1970s. That unremarkable building at 309 South Broad figured prominently in both periods, serving as the headquarters for two different record companies that produced distinctive bodies of music representing the epitome of the “Philadelphia Sound” of their time: the ’50s-’60s pop and rock & roll of Cameo-Parkway Records and the ’70s rhythm & blues and soul of Philadelphia International Records. In their respective heydays, the two companies were pop music powerhouses. 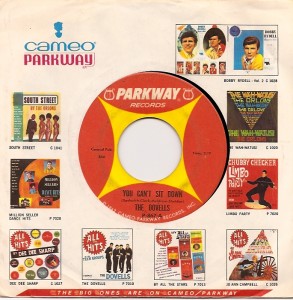 The Dovells’ “You Can’t Sit Down” on 45 | Parkway Records

Cameo-Parkway was founded in 1956 by musician Bernie Lowe (née Bernard Lowenthal), who with lyricist Kal Mann (Kalman Cohen) and guitarist/arranger Dave Appel built the company into a well-oiled pop music machine, churning out hit after hit with local artists Charlie Gracie, Bobby Rydell, the Dovells, the Orlons, Dee Dee Sharp, the Tymes, and Chubby Checker. Working first out of Lowe’s basement and later out of studios at 1405 Locust Street, the company eventually became successful enough to purchase its own building at 309 South Broad, where the hits continued for several more years.

After about a ten-year run, Cameo-Parkway began to lose steam, and by the latter part of the 1960s had become a subsidiary of MGM and basically stopped producing new music. It wouldn’t be long, however, before Philadelphia would again be at the center of the pop music business.

As Cameo-Parkway was winding down in the mid 1960s, two songwriters and producers with dreams of owning their own record company were already on an upward trajectory. Having collaborated as performers and producers at Atlantic Records with artists like Aretha Franklin and Wilson Pickett, Kenny Gamble and Leon Huff scored their first Top 5 hit with the Soul Survivors’ “Expressway to Your Heart” in 1967. In 1971, the pair founded Philadelphia International Records where, along with producer/songwriter Thom Bell, they would hone the world-renowned rhythm & blues/soul style known as the “Sound of Philadelphia.” Gamble and Huff first had offices in the Schubert Building across Broad Street but, like Cameo-Parkway a decade earlier, grew to such success that in 1973 they and Bell purchased 309 South Broad for the company’s headquarters. 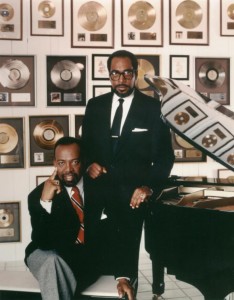 Philadelphia International Records’ string of hits lasted throughout the 1970s. Recording artists produced by the Gamble/Huff/Bell triumvirate–including the Intruders, Stylistics, Delfonics, O’Jays, Harold Melvin & the Bluenotes, Teddy Pendergrass, Lou Rawls, Jerry Butler, Billy Paul, and others–were hugely popular and defined soul in the 1970s, bridging the gap from early R&B and disco. But as the decade drew to a close so did the company’s impressive run of turning out hit records on a consistent basis. When Philadelphia International Records wound down recording new music in the 1980s, 309 South Broad Street again retreated from the spotlight.

Unlike the museums preserving the legacies of Motown, Stax, and Sun Records (in Detroit, Memphis, and Memphis, respectively), Philadelphia has no building devoted to so successful a genre. If plans to demolish 309 South Broad Street are realized, the best place for hosting one will be lost.