Wild Cards Of The City’s Walls 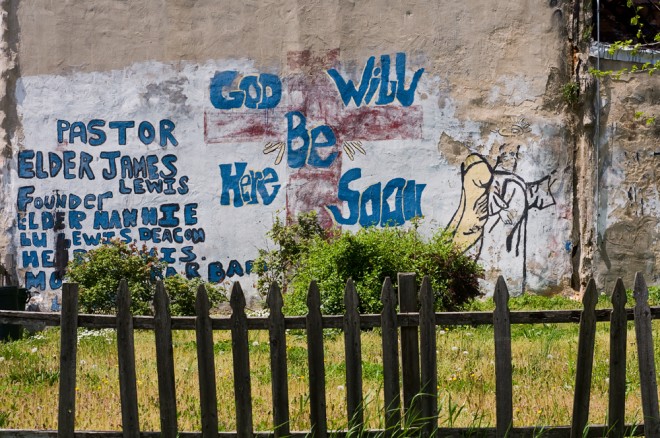 Mural Arts has had a stranglehold on the walls of Philadelphia for a couple decades now. Over the years, the program has evolved into a highly professionalized operation, with mural subjects and styles vetted by the community via a lengthy engagement process. This may be politically necessary, but in attempting to displease the least amount of people, the edges are rounded off what might have been more personal, idiosyncratic and perhaps interesting work.

Of course, there are dozens if not hundreds of murals around the city that weren’t painted by Mural Arts. The artists are usually anonymous to the general public, although they may be well known in their neighborhood. Some aren’t done by artists at all, but by people who have something they want to tell the world. Many of these murals are neither skillful nor interesting, yet a few of them have a rawness and a vitality that Mural Arts murals sometimes lack. They function as wild cards, individual expressions that counterbalance the more expert and communal work of Mural Arts.

These non-Mural Arts murals fall can be divided into a few basic categories: R.I.P. murals, often done in graffiti style, business advertisements, particularly corner stores and auto body shops, graffiti on legal walls, expressions of patriotism, whether a flag painted for the Bicentennial, or a map of the United States with “RESPECT IT or get the HELL OUT” written on top. 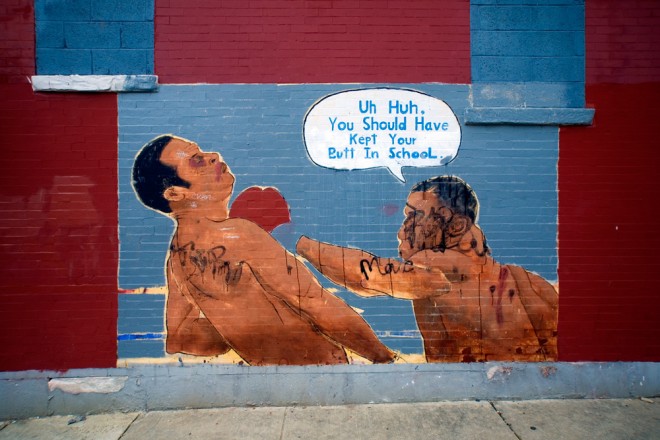 There are murals that, much like Mural Arts, are trying to represent community values. Perhaps the most interesting one is a painting of a boxer (Mike Tyson?) knocking out his opponent that says “Uh huh, you should have kept your butt in school.” There’s something about the informal, slightly aggressive language, and the violence in that mural which is appropriate, whether the artist intended it or not. Staying in school is a good way to stay off the streets, and the streets are often violent. Drop out and you might get hurt. 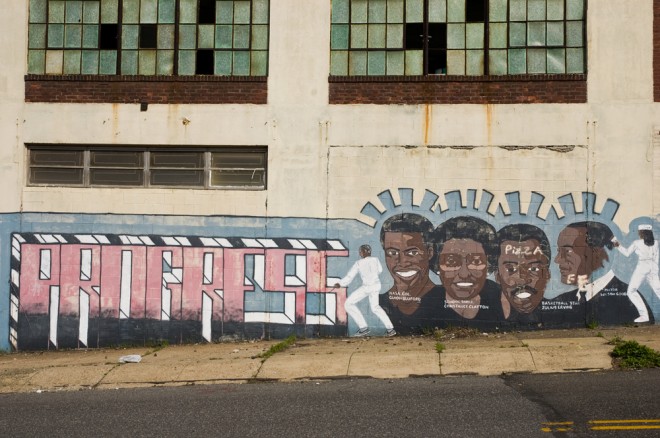 A few might have been created by Mural Arts predecessor, the Philadelphia Anti-Graffiti Network or PAGN. The “Progress” mural with images of former School District of Philadelphia Superintendent Constance Clayton, Mayor Wilson Goode, Julius Erving and astronaut Guy Bluford has the look of an Anti-Graffiti mural, most of which were painted by teenagers, but the graffiti style lettering would have been frowned upon, so perhaps not. 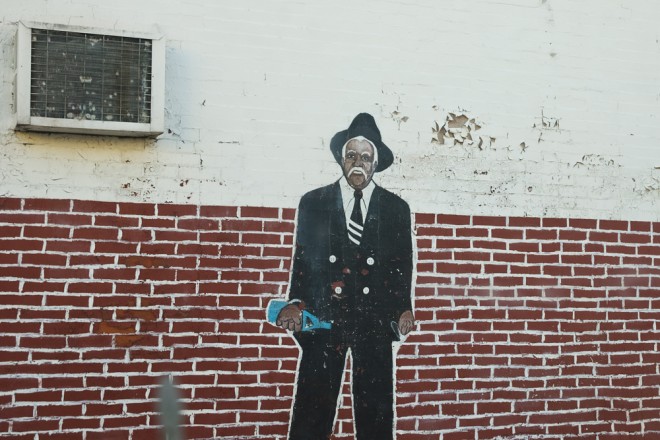 And then there are murals that are simply inexplicable–you just don’t know what the heck they were thinking, like the mural of a man in a suit holding a bottle and what looks like a martini glass.

Here are some of the examples we’ve found around the city. If you have ones of your own, send them in to Peter Woodall at pwoodall@hiddencityphila.org.