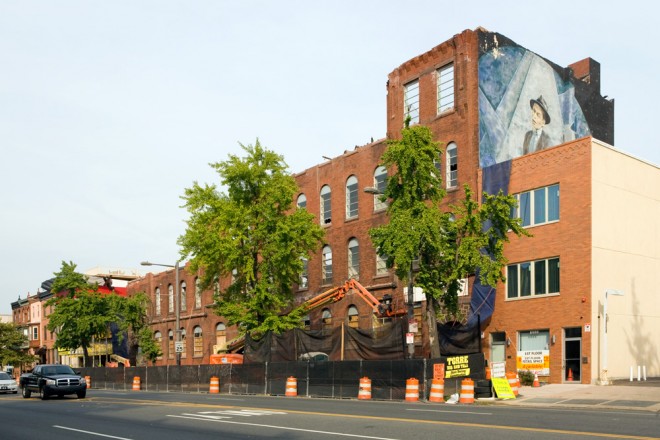 Old Blue Eyes will soon croon no more at Broad & Wharton; the music lives on at Ortlieb’s, but the brewery that gave the lounge its name is just about kicked.

As of this writing, about half of the Broad Street Armory’s façade remains, with the rest of it quickly coming down (including the Frank Sinatra mural that was mostly covered up by a house built next door a few years ago). The Armory, anchoring the South Philly artery between Federal and Wharton since 1886, is being replaced by developer Michael Carosella with a six-story apartment building.

Meanwhile in Northern Liberties, the Ortlieb’s Brewery at American & Poplar has stood as a deteriorating industrial relic since it closed in 1981, with rumors of its demolition blowing through its broken windows for years. Those rumors have now solidified, and demolition on the old brewery’s brew house and stock house has begun in earnest. Bart Blatstein, who has owned the property since 2000, has eyes on a new residential development there. The Ortlieb’s Bottling House, across American Street, is currently being converted to KieranTimberlake’s new home offices. 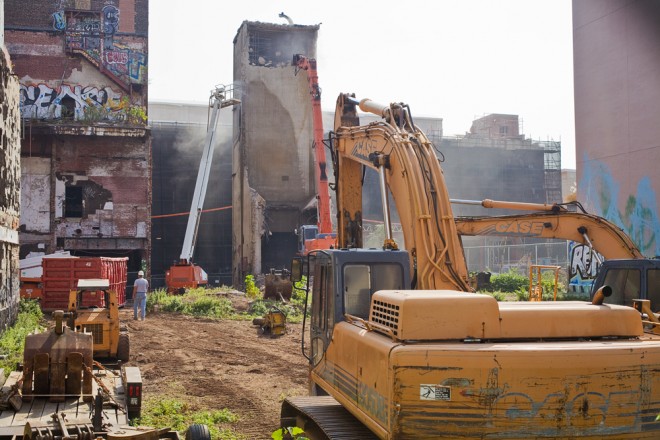 For a photo essay on the Ortlieb’s plant, click HERE.