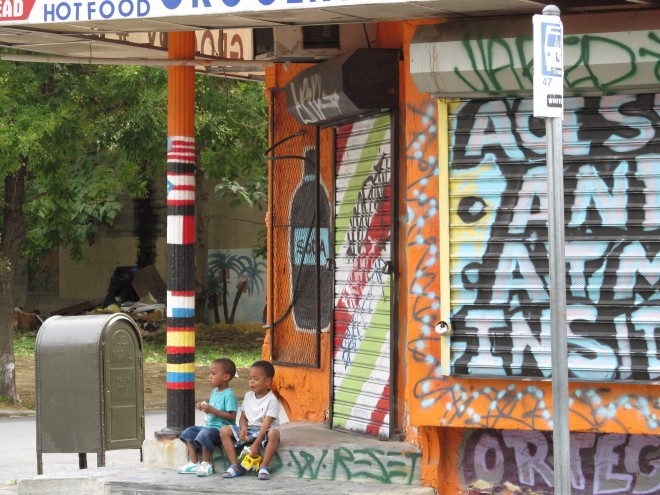 Philly Photo Day–which is only about seven hours away (it starts Friday, Oct. 18th at midnight)–has become not only one of the feel-good art events of the year, but also a fascinating exercise in the power of crowdsourcing.

Now in its fourth year, Philly Photo Day is an expansion of the idea of sending photographers out to capture 24 hours in the life of a given town, city or country. “Twenty four hours in…” may be something of a gimmick, but it’s a great one.  An individual can’t begin to take in the multiplicity of a place, especially a city Philadelphia’s size –personal experience is far too limited.

But why stop at a couple dozen photos, if it’s a magazine article or a couple hundred, if it’s a book? The logic of the idea calls for what the Philadelphia Photo Arts Center has created–crowdsourcing thousands of photos to create a vast portrait of the city.

Yet even a couple thousand photos is still a relatively small sampling of the life of our city. How wonderful would it be to see 5,000 or even 10,000 photos? At some point, though, the original problem of there being too much to know would reappear, as it did for the great photojournalist W. Eugene Smith.

In 1955, Smith took on a three week assignment to document the city of Pittsburgh that mushroomed into what may be the most heroic–albeit amphetamine fueled–individual effort on record to capture absolutely everything about a single city. He spent the better part of two years producing more than 17,000 negatives, but the quixotic project ended in failure, and the vast majority of the images were never published or exhibited. 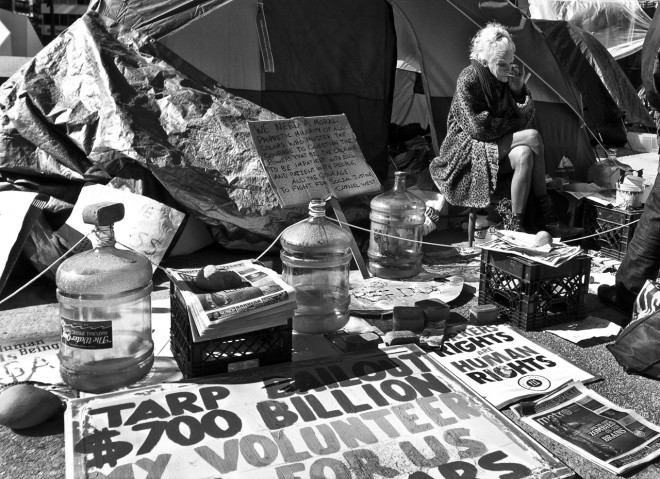 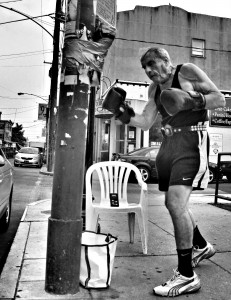 On the other hand, 2,500–which is what the event’s organizer, the Philadelphia Photo Arts Center, is hoping for–can be digested relatively easily.

The city portrayed in the photos is so varied that the generalizations Philadelphia is known by seem to melt away. Naturally, there are plenty of photos of the skyline and well-known landmarks, but they only make up a small percentage of the total. Others are particularly topical, like David Oakill’s picture of a woman camping out at Occupy Philly.

There are shots that seem to sum up something about the city, like Jordan Hines’s photo of a kid trying to dunk a basketball, the rectangle of the backboard repeating the rectangles of the row houses in the background. And some could have been taken anywhere–photos of cats, dishes in the sink, selfies–but aren’t these domestic scenes part of the life of the city, too? There are photos that are strange to the point of being surreal, like Jason Bartlett’s photo of a muscle-bound old man wearing boxing gloves punching a telephone pole.

And then there are images that seem as though they couldn’t possibly have been taken in Philadelphia at all, like James Aggers’s image of a child standing in a corn field. 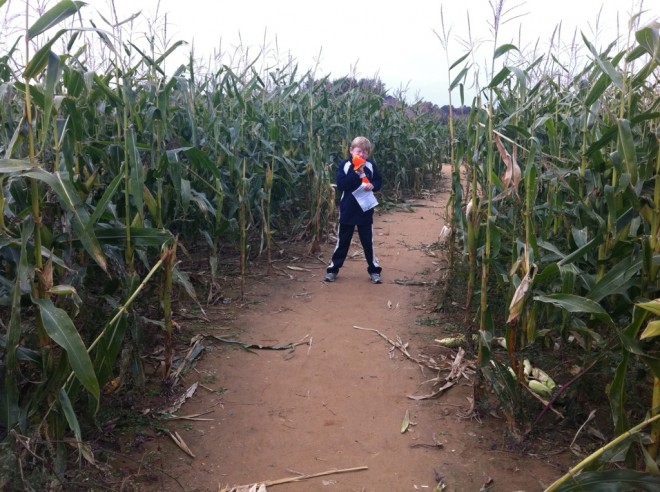 Most of the people submitting photos aren’t professional photographers, or even dedicated amateurs. But that’s not the handicap it would be in other art forms. Even though professionals have a much greater chance of creating a memorable images, amateurs can create compelling ones as well. There’s something wonderfully democratic about photography that way–everyone has an index finger. As the old saying in photography goes, sometimes the most important thing is just “F8 and being there” (F8 is a common, middle-of-the-road camera aperture). 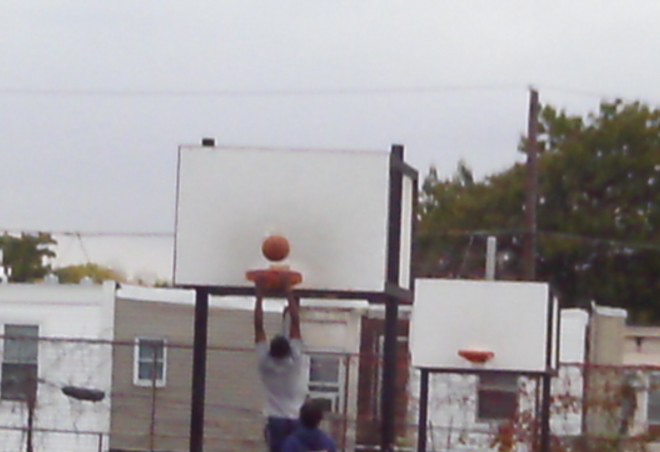 The folks at PPAC have made the event even more democratic by printing and exhibiting every image submitted.  It’s powerful to see all of these images on display at one place at one time, not only for the viewer but also for the photographers, many of whom may never have seen their work printed because so many photos stay in digital form nowadays.

So take a shot tomorrow, send it in, and come out to the opening reception scheduled for November 14th at the Crane Building. It’s a fine example of how a lot of very little acts can add up to something pretty special.