Borders And Boundaries, Invisible To Most

When you cross the street are you thinking deep thoughts about the larger community and your place within it or are you just trying to get to the other side? 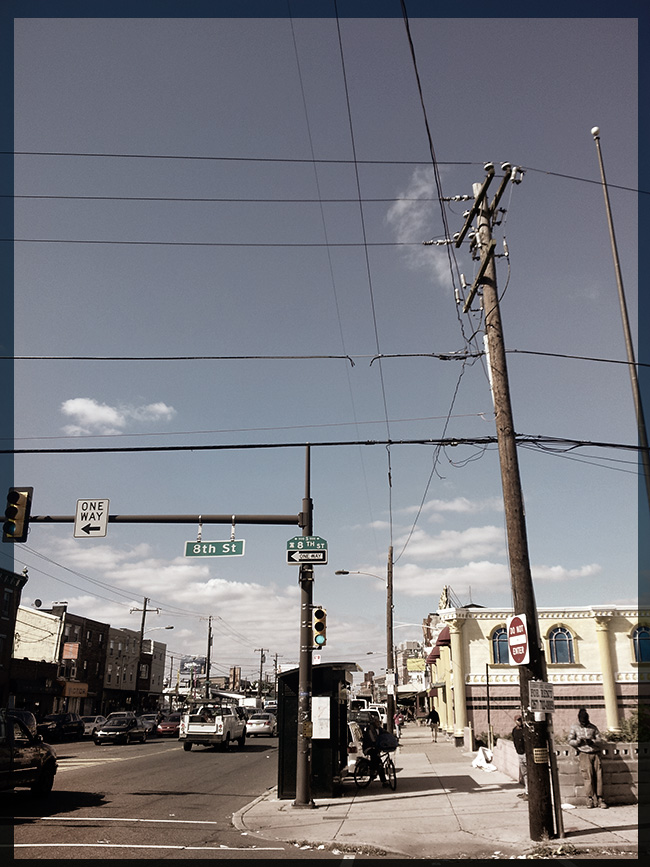 Crossing Washington Avenue, where the eruv lines run, lightest above in the image | Photo: Morris Levin

You wouldn’t know it to cross this particular street in Center City but you’ve just entered a recently built Jewish eruv (pronounced ay-roov). An eruv is nearly invisible. It is a symbolic zone, officially sanctioned by the City, enabling and encouraging observant Jews to move about and interact with each other while honoring Sabbath laws.

Contemporary eruvs exist internationally. In Philadelphia, demarcation is achieved via clear, nylon fishing wire strung between existing landmarks such as signposts, walls, buildings and telephone poles, for example. Its integrity is monitored by “checkers” for any gaps that need repair.

But what good is an eruv to a non-observant or non-Jew other than as a bizarre anthropological curiosity?

“There are many aspects of Judaism that are communitarian, but not compulsory. We can create intentional space and cross-cultural gatherings,” says Morris Levin, a business consultant, whom I’ve interviewed previously in connection with Shivtei Yeshuron-Ezras Israel synagogue in South Philadelphia featured in the 2013 Hidden City Festival.

As a cyclist, Levin compares the eruv to his own growing awareness of bike lanes proliferating across the city. The lanes are one of many layers of networks that reflect and enhance a particular community–in this case, for bicyclists. The lanes not only define an “intentional community space,” as he calls it, they prompt broader awareness and greater participation. What follows is the rest of my interview with Levin on this hidden aspect of the streetscape. 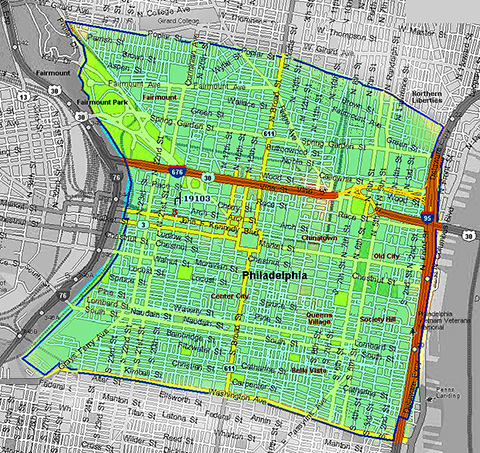 In the English language, the Jewish Sabbath is often mistranslated as defined by the restriction on “work.” But this is a simplistic and imprecise understanding. The Jewish Sabbath is better characterized as cultivating one’s own being in place, which is supported in part by refraining from transformational and make-permanent actions. An eruv extends the definition of one’s private place from one’s physical house to a wider geographic boundary where a community of individuals collectively delineate a public space into a single, collective, shared space for the purpose of the Sabbath.

On a practical basis, the use of an eruv means that we will carry and transport useful objects like keys, strollers, infants, and food between houses on Saturdays and holy days. 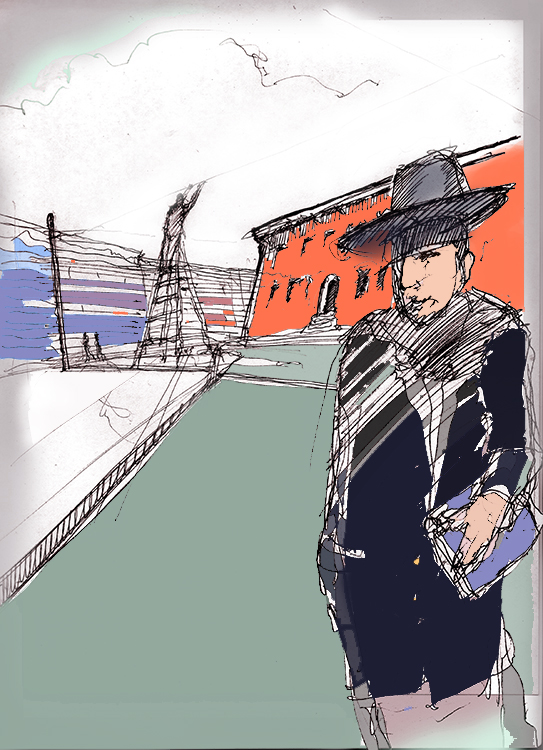 Joseph G. Brin: Is this a new idea?
ML: Traditional Jewish communities have had this practice since at least prior to the destruction of the Second Temple in Jerusalem in 70 CE. It is not modern. It happens that it is only in the past few years that the Philadelphia Sabbath observant communities have organized themselves to erect and maintain them in this area. There is not much for anyone to do other than be sure we have weekly checkers and have the modest funds to cover the organization. That’s kind of it.

JGB: Then the eruv is about Jews navigating a secular world while adhering to their beliefs.
ML: The great thing about Philadelphia, in terms of the original vision of William Penn, is that we can have an idiosyncratic religious practice and integrate that into the city. That’s the American project and makes for a vibrant city.

JGB: In “The Sabbath,” a short, eminently accessible yet profound book, the author Abraham Joshua Heschel contends (as I understand it) that the essence of Jewish observance is rooted in the eternity of time not the limitations of space. Is the spatial delineation of the eruv necessary?
ML: Yes. The Sabbath is a lived, 25-hour meditation practice on the existential relationship between self, time, physicality, and the infinite. Space and matter is the context through which I live. I come to Shabbat through the physical world. I am witness to time by living within a physical context for a set period of time.

JGB: Ultimately, it appears the eruv also guides your behavior to a greater connection with community, something beyond you, personally, getting through the day, going about your own business. It seems very humane and thoughtful.
ML: It is a meditation, for me, on place and community.