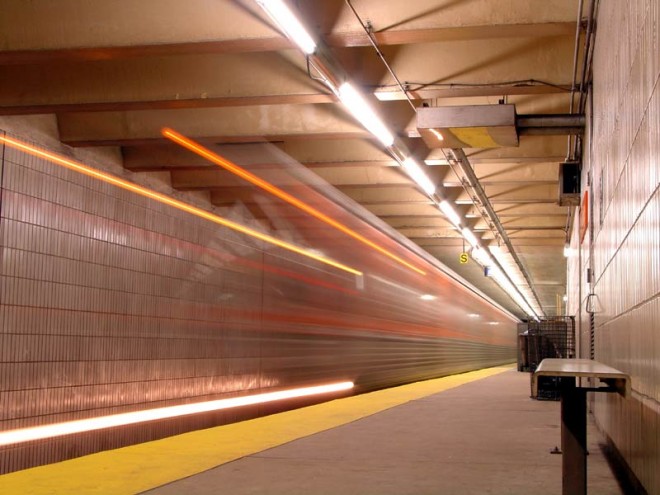 A few days ago, my daughter, Lena, entering the eighth grade, said she was surprised how little her friends knew their way around the city. “I’m the only one who really knows where we’re going, and I’ve only gotten lost twice,” she said. I wondered if this was typical for a generation–across race, class, and neighborhood origin–that gets driven around by parents; or does it have to do with the enduring neighborhood focus of Philadelphia life? Perhaps until high school kids can’t really know much beyond their own limited territory of home, school, park, etc.

I have another theory about Philadelphia: in the sprawling, flat, and low-slung city there are few vantage points from where you might see beyond. Unlike in Pittsburgh, say, it’s hard to see where it is you might be going. And quite differently from flat New York with its extensive subway system, Philly lacks a graphic representation of its geography; New York kids, I suspect, know their way around according to subway stops. Our extensive bus system is very nearly invisible. You can’t imagine it.

And so we dream of the subway system that might have been (all the while exploring “phantom” stations). Here’s one version, from 1913: 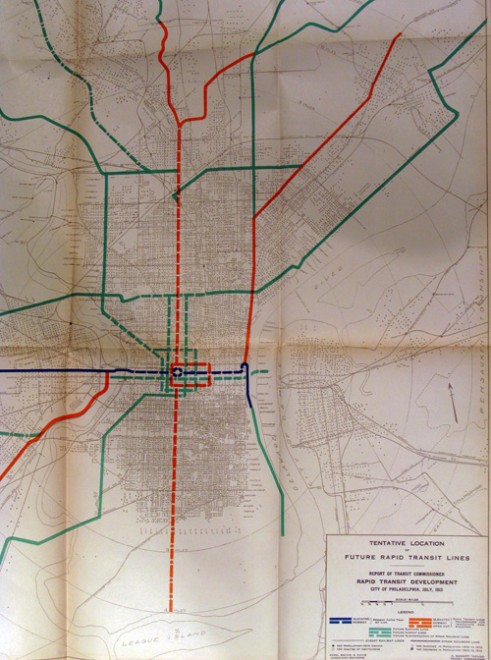 And we imagine subway lines that might be. One of my favorites is the Fifth Street Subway, which would connect South Philly to the lower Northeast, at Rising Sun. El Bloque de Oro, which Theresa Stigale recently profiled on these pages, to growing South Kensington to an expanded transit hub at Independence Mall to the heart of South Street down to the box stores on Oregon Avenue. The line would serve the tens of thousands of people realistically out of reach of the El and the Broad Street Subway, and connect disparate but vital parts of the city’s core (which would certainly feel both larger and more familiar as a result).

Now tell us yours. Leave a comment here or on Facebook with your dream line. We’ll read through all the ideas and map the best on a 2013 Imaginary Philly Subway Map, which we’ll publish in honor of the second anniversary of the Hidden City Daily, with credits to the dreamers.